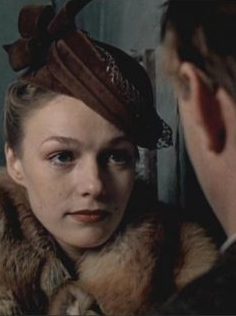 
Glimpsing another sort of fog of war


Of course there’s an obvious link to today’s date (June 6). If we choose it, we tacitly acknowledge the Anglo-American myth that D-Day — the 1944 Normandy landings — marked the turning point in the Second World War, the moment when Nazi Germany’s defeat was sealed. Well, nice try, Hollywood. Historians, less prone to the influence of Pentagon publicists, agree that the Third Reich lost the war on February 2, 1943, the chill Tuesday that the Wehrmacht withdrew in defeat from the Battle of Stalingrad. Let’s not be obvious. Instead we'll focus on the fact that on this day in 1799, Alexandr Sergeyevich Pushkin was born. He’s considered the father of modern Russian literature and, by no coincidence at all, his birthday is also celebrated as Russian Language Day, an annual commemoration established in 2010 by the United Nations Educational, Scientific and Cultural Organization (UNESCO). Despite the withdrawal of the United States (along with Israel) in 2019, the Paris-based agency persists in its mission of “building peace, the eradication of poverty, sustainable development and intercultural dialogue.” Today 170 million of the world’s 7.8 billion people (about 2.3 percent) speak Russian, one of the U.N.’s six official languages. It’s heard in all of today’s additions to the Reeling Back archive (with links to each following the Afterword to this posting). Our selection of English-subtitled Russian movies includes an Academy Award nominee, director Pyotr Todorovsky’s 1983 feature, Wartime Romance.

THE FIRST TIME HE sees her, the air is charged with tension. He is a young soldier trudging towards the front; she, a vision of blonde loveliness with an easy, infectious laugh.
It’s 1944. A romantic, Private Alexander Netuzhlin (Nikolai Burlyaev) is outraged when another soldier says that she is “shacked up” with their commanding officer.
His feelings for her intensify further when, during an unexpected shelling,  he waits out the attack on a bit of ground only inches away from her.
On the morning that they move into the line, after Major Nevonova (Vsevolod Shilovsky) has said his goodbyes, Netuzhlin offers her a blossom. Shyly, his stomach knotted with fear and emotion, he tells nurse Lyuba Antipova (Natalia Andreichenko) that he loves her.
The next time he sees her, the air is crisp and cold. A Moscow theatre projectionist, he is walking down a crowded avenue when he hears familiar laughter.
It is 1951. The years have not been kind to her. Careworn and coarsened, the once proud officer's lady now makes a meagre living selling hot pastries to passersby in the sub-zero streets.
Though he never really knew her, Netuzhlin's memory of his Wartime Romance remains intense. Though married, he allows infatuation to cloud his better judgment, and he professes his love for her yet again.
A 1984 Academy Award nominee in the best foreign-language film category, Russian writer-director Pyotr Todorovsky's period drama offers something a bit different in   relationship pictures. Neither yuppies nor suburban teens, its Muscovite lovers are involved in what can best be described as a Soviet soap opera.
Giving dramatic edge to the piece is Netuzhlin's loving,  long-suffering wife Vera (Inna Churikova). Though plain-looking, she's a genuinely classy lady, and is not about to give up her man without a fight.
Dulling that edge is a syrupy musical score that includes contributions by the director. Obvious and emotionally obtrusive, it contains one especially annoying theme that is in constant danger of trailing off into “Who’s Sorry Now?’’
Neither sadistic (like Rambo's torturer, Lt.-Col. Podovsky) nor brutish (like Rocky’s opponent, Ivan Drago), Alexander Netuzhlin is one Soviet citizen more interested in sorting out his affections than in burying America.
An apolitical domestic drama, Wartime Romance allows us a glimpse of how Russians see themselves.

Afterword: The Soviet army was in the fourth year of its nine-year war in Afghanistan when Wartime Romance was released to Russian theatres. Its writer-director, Pyotr Todorovsky, was a veteran of the Great Patriotic War (Russia’s name for its five-year battle with Nazi Germany), and probably had considerable sympathy for the men (and women) who were serving in what has come to be known as Russia’s Vietnam. In her 1992 study Kinoglasnost: Soviet Cinema in Our Time, film scholar Anna Lawton says that the Ukrainian-born Todorovsky “knows how to speak to the mass audience and get directly into their hearts.” Wartime Romance was his eighth feature and, to the best of my knowledge, the only one to make it into a Vancouver theatre.
On his death in 2013, The Hollywood Reporter noted that “Todorovsky made his directorial debut in 1962 with the drama Nikogda (Never), and he became an important director rather late in his career.” His skill set included cinematography and musical composition as well as writing, and the package served him well as a director of light comedies. He became more serious (and important) during the early 1980s, a period that Mikhail Gorbachev would later call Russia's “era of stagnation.” In 1985, following the popular success of Wartime Romance, Todorovsky was named a People’s Artist of the U.S.S.R., the nation’s highest cultural honour. In 1989, he took advantage of the new era of glasnost (openness) to break a Soviet cinema taboo and make Intergirl. A movie about the life and loves of a prostitute, it was both controversial and a major box-office hit.