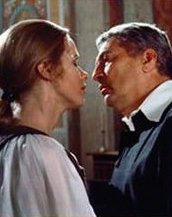 
Oscar buzz is part of the marketing campaign for the independent British feature film Mary, Queen of Scots as it goes into release today (December 7). According to the oddsmakers, three-time nominee Saoirse Ronan, who plays the title role, is likely to be among the best actress contenders when the 91st Academy Awards are handed out on February 24, 2019. Her co-star, Margot Robbie, who has one previous nomination, is touted as supporting actress competitor for her work as Mary’s nemesis, England’s Queen Elizabeth. That the Brits should be inclined to revisit their tumultuous past is hardly surprising. They may even take comfort in it during the mess that their Brexit process has become. Less remarked upon is the fascination that American audiences have with tales of dynasty and royal prerogative. The nation’s egalitarian values would seem to be at odds with the divine rights claimed by those born to wealth and privilege. And yet Disney’s “magic kingdom” thrives, with a princess for every day of the week. The special burden of monarchy when the sovereign is a queen is central to the stories told in the three films being added to the Reeling Back archive this Friday (with links to each following the Afterword to this posting). Sweden’s 17th-century Queen Kristina chose to exchange one set of problems for another, the story told in director Anthony Harvey’s 1974 feature The Abdication.

THE ABDICATION. Written by Ruth Wolff, based on her 1971 stage play. Music by Nino Rota. Directed by Anthony Harvey. Running time: 103 minutes. Mature entertainment. THE FIRST LESSON THAT a reporter learns is "read the newspaper." Ignorance of what’s current in the information business can be a real embarrassment.
Similar advice should be given to filmmakers: "Go to the movies."
One director who should be so cautioned is Anthony Harvey. His latest film opens in cave-like darkness, introduces a heroine weary of ritual, and follows her as she hastens down a long, fog-bound corridor towards daylight.
Outside the heavy wooden doors she breaks into a run, frees her hair to the open air and luxuriates in her liberty. As director Harvey's ground level camera frames this happy innocent against the sky, all that's missing is a chorus singing "the hills are alive . . ."
Harvey, apparently, is one of the few people who missed seeing The Sound of Music, the most popular musical confection ever put on film. His ignorance of the past doomed him to repeat it.
The result in this case is quite disastrous, because The Abdication is neither a musical nor a breezy bit of mass entertainment. Based on a 1971 stage play by Ruth Wolff, the film relates the sombre story of Sweden's Queen Kristina, heir to the throne of Gustaf Adolf II.         According to one biographical encyclopedia she "was trained in manly exercises; governed the country well at first and filled her court with learned men, but later her royal duties became irksome to her and her interference in foreign policies of a flighty and unsuccessful nature; she declared her cousin as her successor, resigned the throne and turned Catholic.”
Harvey's film focuses on the problems caused by her conversion.
Kristina (Liv Ullmann) arrives in Rome in December 1655, expecting an immediate audience with Pope Alexander VII. Her case is complex, though, and the Church decides to conduct a careful investigation.
After its unintentional Rodgers and Hammerstein opening, The Abdication fights an uphill battle to create a serious mood, a battle that it never quite wins. Despite the intrinsic fascination of papal politics, the Sacred College of Cardinals might as well sing “how do you solve a problem like Kristina?” and have done with it.
Struggling manfully with her problem is Cardinal Azzolino (Peter Finch). Finch’s performance suggests the gradual development of a severe headache.
“Your escapades," he tells the former monarch sternly, "are keeping an army of gossips alive."
Ullmann’s Kristina seems to enjoy stomping about the Vatican in men's clothing, but is not as inclined to take the situation seriously. "What do you want from me?" she asks her cassocked inquisitor archly.
"Seriousness and obedience," he says.
"Seriousness and obedience?" she echoes. "Did I come all this way to once again play the doll queen?"
Harvey's film attempts to enliven their confrontation with some misty flashbacks, a series of surreal scenes that strongly suggest that Kristina's real problem might be an aversion to dry ice. Playwright Wolff's screenplay tries to convince us otherwise. Kristina's is presented as a classic case of sexual frustration.
Her royal office prevented her from expressing the real love that was within, the film argues. Her own proud nature prevented her from making a convenience-marriage for the sole purpose of producing an heir. She is attracted to Catholicism because there, at least, her virginity will be respected.
It's all quite simple. Kristina is just another woman looking for a good man. Wolff's script then calls for an electric spark to pass between the Prince of the Church and the Queen of the North, and powerful passions to ensue therefrom.
Not everybody will see the sparks. Filmgoers with a taste for period soap opera probably will. A predisposition to royal romance will help it to happen.
Most audiences, though, just won't buy it. They'll see Harvey's film for what it is — a walkthrough for all concerned. The Abdication is a film that never rises above the commonplace. Perhaps its director was afraid to Climb Ev'ry Mountain.
•    •    •
NORTHERN LIGHTS: The story of Sweden's 17th-century queen seems to hold a particular fascination for Nordic actresses. In playing the part, Norway's Liv Ullmann is following in the bootprints of Greta Garbo who, in 1933, blackmailed MGM into making a film called Queen Christina.
Unlike The Abdication, which purports to be a psycho-historic study of the "real" Kristina, Garbo's film was unashamed fantasy. In it the Swedish star played the queen as a swashbuckler whose love affair with the ambassador sent to arrange her convenience marriage with the Spanish king is thwarted by the jealous act of a former lover.
Leslie Halliwell's Filmgoer's Companion recalls that the film contained a famous "boo-boo." In Queen Christina, he reports, "the famous final close-up apparently has the wind blowing in two directions at once, one to get the boat under way and the other to arrange Garbo's hair to the best advantage."

Afterword: Though American playwright Ruth Wolff did much of her work during the period of second-wave feminism (roughly 1960-1980), hers is not a name famous within, or even associated with, that movement. Born in1932, she made her debut off-Broadway in 1959 with a mystic drama called The Golem. Before long, though, she was examining women’s issues and the burden of monarchy in Eleanor of Aquitane (1965). The Abdication, first staged in Britain 1971, was adapted to the screen three years later.
In an interview with Contemporary Authors (quoted on the Encyclopedia.com website), she tells us that "I've written about woman's need to understand her own sexual nature (The Abdication), about power and powerlessness (Empress of China; 1984), about familial complexity when a love triangle involves a woman after the revolution (Chopin, Sand, and Sand's daughter Solange in George and Frederic; 1982), and the ironies and complexities in male-female relationships (Mary and Percy Shelley in The Perfect Marriage; 1987).” In 1986, a blurb on the cover of the published version of her Empress of China script included the question: “‘Where are the roles for women?,' Ruth Wolff provides the answer."
Unfortunately, filmmakers weren’t in a rush to bring more of her work to their audiences. The Incredible Sarah, based on her original screenplay, is Wolff's only other movie credit to date. The 1976 biographical feature, directed by Richard Fleischer, starred Glenda Jackson as Sarah Bernhardt. Wolff later reworked her Bernhardt research for the stage as
Sarah in America (1981). More recently, she examined the power dynamic between Edith and Woodrow Wilson in The Second Mrs. Wilson (2001). Though I did not love Anthony Harvey’s interpretation of The Abdication, I’d be delighted to see a new generation of talented women artists rediscover Ruth Wolff.