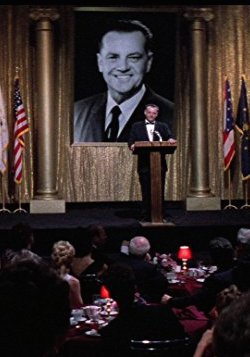 
Struggling with labour’s place in history


Today (September 4) is Labour Day, a statutory holiday in the U.S. since 1882, and in Canada since 1894. This year, the working folk it honours have every right to feel seriously shortchanged, given that income inequality is at an all-time high, and union membership in significant decline. The two phenomena are intimately linked. In 1929, the year the American stock market crashed, just 6.5 per cent of workers were unionized, and the top One Percent hoovered up 24 per cent of the nation's income. Given the wake-up call of the Great Depression, unions grew, with their membership peaking in 1945 at 35 per cent of the non-agricultural working population. In 1970, the income gap had shrunk to the point where the One Percenters were reduced to a mere eight per cent of all wealth. Then, in 1980, their hero emerged. Corporate spokesmodel-turned-politician Ronald Reagan became president, and the Union Buster-in-Chief began his reign of error by firing 31,000 striking air traffic controllers. Along with the notion that big government was the problem — tear down those regulatory walls — he promoted the idea that unions were no longer necessary to protect workers from exploitation. Today, the One Percent have bounced back, "earning" 40 per cent of the nation's income in 2011. Meanwhile, union membership is down to 12 per cent (of which four per cent are government employees). An earlier era of union organizing is recalled in 1992’s Hoffa.

HOFFA. Written by David Mamet. Music by David Newman. Directed by Danny DeVito. Running time: 139 minutes. Rated 14 Years Limited Admission with the B.C. Classifier’s warning: frequent very coarse language, some violence, occasional nudity. HE WAS WHAT HE WAS.
“My ethics are very simple,” James Riddle Hoffa once said. “Live and let live. And those who try to destroy you, make it your business to see that they have problems.”
Hoffa, director Danny DeVito's dynamic examination of the legendary American labour leader, accepts the man on his own terms. A dense, darkly admiring portrait, it can also be seen as a subtle warning against received wisdom and folk heroes.
Like Robert Kennedy, his most famous antagonist, Hoffa is said to have lacked ruth. As played by DeVito's buddy, ratty Jack Nicholson, he emerges as a profane, pragmatic power-broker with a painfully clear grasp of American social realities.
Like black pride activist Malcolm X, Hoffa was a maculate martyr. Unlike X's recent [1992] hagiographer Spike Lee, DeVito doesn't gloss over Hoffa's personal flaws, he glories in them.
Bombings, picket line violence, threats to newsmen and his links to organized crime are given so much prominence that they may well be mistaken for the real story. Indeed, screenwriter David Mamet imposes a structure on the tale that creates a mood of impending tragedy.
The film opens on July 30, 1975, the day of Hoffa's disappearance and presumed murder. Together with his worshipful aide Bobby Ciaro (DeVito), a brooding Hoffa sits waiting for the arrival of gangster boss Carol D'Allesandro (Armand Assante).
His life is recalled in a series of flashbacks, beginning with his meeting with long-haul trucker Ciaro in the early 1930s. Hoffa, an organizer for the International Brotherhood of Teamsters, argues the case for union membership.
From the start, it's clear that Hoffa lives in an us-against-them world. What DeVito (and popular history in general) doesn't say is that the man came of age at a time when business and government were old union-busting allies.
According the 1969 Report of the Presidential Commission on the Causes and Prevention of Violence, "the United States has had the bloodiest and most violent labor history of any industrial nation in the world."
Constitutional guarantees notwithstanding, monied might made right and often made war on its workers. "Arrogant, intransigent, unwilling to meet with their workers, owners depended upon their own or the Government's power to suppress protest." (emphasis added)
In one of the film's most effective scenes, we see a small army of police-approved company goons set upon a peaceful protest march organized by striking Teamsters. It is 1935, and women and children are among those falling under the clubs.
Looking up from the melee, a boy sees the shadowy figures of company bosses watching from a window above. What kind of men order the beating of children to preserve their own wealth and privilege?
An image, not a sermon, DeVito's point is to show us the possible roots of Hoffa's own world view. With the police and politicians in the pay of the bosses, the realistic unionist turned to the enemy of his enemy, and did deals with the mob.
Like Coppola's The Godfather, DeVito's Hoffa shows us an America rife with class warfare. In 1962, the year of his indictment on bribery charges, we see Hoffa telling a union convention that "the Teamsters have led the American working man into the middle class.
"And, buddy, we intend he stay there."
The liberal take on Jimmy Hoffa is that he was a decent man driven to extremes, a working class hero who fell among devils and was corrupted. That's how Sylvester Stallone played the Hoffa-like Johnny Kovak in Norman Jewison's 1978 feature F.I.S.T.
DeVito is no Hollywood liberal nor, to his credit, a Spike Lee. A director who takes a Wellesian pleasure in making movies, he gives us a cloth-cap Hoffa who's inner drives remain as complex and enigmatic as the details of his final hours on earth.
Drama, not documentary, his Hoffa is a fiction that urges us in the direction of some unpleasant social truths, packaging them in a picture designed to please his union-hating Hollywood bosses.

Afterword: Reeling Back visitors who have read my review of director Norman Jewison’s feature F.I.S.T., posted on Labour Day in 2014, will recognize the introductory paragraph above. Jewison’s 1978 picture was the first fictionalization of the Jimmy Hoffa story. Director Danny DeVito’s version of the same history, made some 14 years later, underscored the success of corporate America’s relentless war on the union movement. In the 21st centrury, Labour Day has become a day of mourning, symbolizing not just the end of summer but the loss of power for working people. Labour has no friend in the White House in 2017, and the situation described in my introduction shows no sign of improving.
Best known as a comic actor, Danny DeVito made his feature film directorial debut with 1987’s Throw Momma from the Train, a parody adaptation of the 1951 Alfred Hitchcock suspense thriller Strangers on a Train. To date, he’s directed six features, of which Hoffa is the only non-comedy. Throughout his career, DeVito has been known as a Hollywood Democrat rather than a political progressive. Although he’s been an electric car partisan since the mid-1990s — he was among those who drove an EV1, the electric car that GM “killed” — DeVito’s social activism is largely within the mainstream, and he remains best buddies with his Twins co-star, Republican Arnold Schwarzenegger. His most radical political act to date was his March 2016 endorsement of self-described socialist Bernie Sanders for the Democratic presidential nomination.

See also: Among the labour-friendly features currently posted to the Reeling Back website are: director Martin Ritt’s 1979 Oscar nominee Norma Rae; writer-director John Sayles’s 1987 Oscar-nominated Matewan; and director Kenny Ortega’s 1992 musical Newsies. All three are based on true stories of union organizing. Then there is director Jeremiah Chechik’s 1995 western fantasy Tall Tale: The Unbelievable Adventures of Pecos Bill, based on some truer-than-true American folk myths.