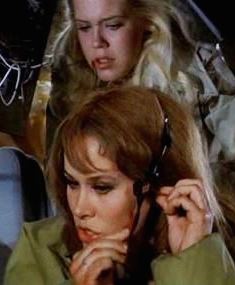 Can't get off the ground


The stewardess is flying the plane!


Observances today (May 24) of Aviation Maintenance Technician Day will be particularly sombre. First marked in 2001, the U.S. Federal Aviation Administration declared it a holiday to recognize the achievements of Charles Edward Taylor, the machinist who invented the engine that powered the Wright Brothers airplane on its 1903 first flight. At no time since that historic moment has what would become the aviation industry known such hard times. Last week, The New York Times reported that Boeing, the world’s largest aircraft manufacturer, was on the brink of collapse. “Boeing was already coming off the worst year in its history because of the grounding of its 737 Max plane, after two crashes left 346 people dead. Now the coronavirus is posing daunting new challenges,” the newspaper said. Among those is the hard fact that most of the world’s airlines have ceased operations and, according to a Bloomberg News item, “85% of carriers globally face insolvency by the end of the year without government intervention.” At this point in the pandemic, the only certainty seems to be that what we considered “normal” in air travel isn’t about to return any time soon. What will remain are the memories — not all of them good — of relatively free movement in the mostly friendly skies, memories preserved in the movies. Today’s additions to the Reeling Back archive (with links to each following the Afterword to this posting) recall the most famous aviation film franchise, the one that continued in 1974, with director Jack Smight’s all-star sequel Airport 1975.

Afterword: Just to be clear, in 1974 I was in favour of the Equal Rights Amendment to the U.S. Constitution, and equal pay for equal work. Over the years, I saw it as part of my job to pay attention to the attitudes being promoted in the popular culture, and make my readers aware of just what it was we were being sold. Occasionally, a dumpster fire such as Airport 1975 tipped me over into full rant mode. On those occasions, I was grateful for a managing editor like Mervyn Moore. The man always had my back. And, yes, more recently I’ve enjoyed  considerable schadenfreude in the fall of such creatures as Harvey Weinstein in the wake of the #metoo movement. The work continues.
Among the best known lines from Airport 1975 is “The stewardess is flying the plane!” It’s spoken loudly (and repeatedly) by Barney, the passenger played by Sid Caesar. In 2005, New York-based editor and popular culture critic Ron Hogan used the line in the title of his The Stewardess Is Flying the Plane!: American Films of the 1970s. Lavishly illustrated, his  272-page coffee-table book celebrates what he considers “the second golden era of Hollywood.” Hogan begins his study with an eight-page “conversation” with Peter Bogdanovich, the film critic-turned-director who was a vital part of the cinematic shift taking place in that decade. Although I disagree with some of his opinions — I did cover that decade on a day-to-day basis — I remain delighted that his book exists. For me, it’s a memory palace offering a once-over-lightly trip back to my own salad days in the business.

Boarding pass: The three features in the Airport franchise now contained in the Reeling Back archive are 1970’s Airport, directed by George Seaton, Airport 1975 (1974; Jack Smight) and Airport ’77 (1977; Jerry Jameson).