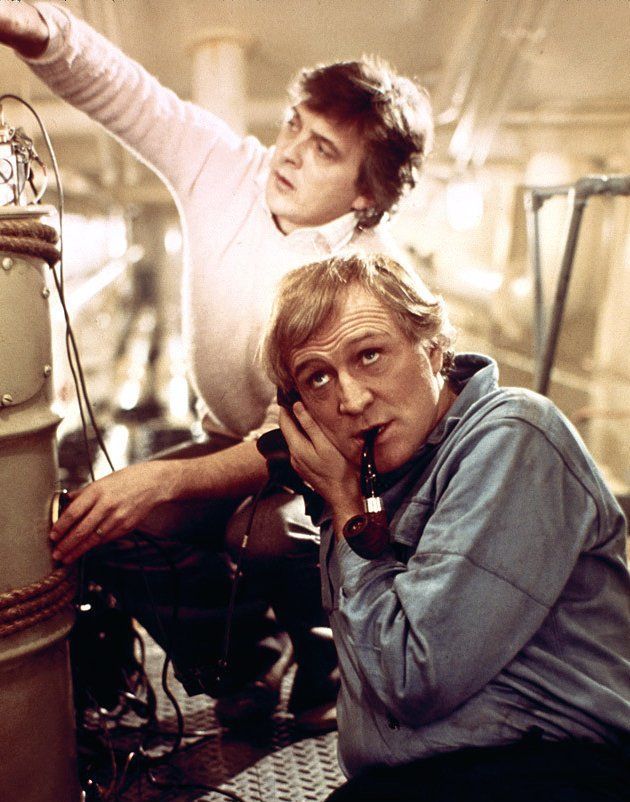 Fallon is the champion!


According to his biographer, Richard Lester is The Man Who “Framed” the Beatles. The title of entertainment writer Andrew Yule’s 1994 book reminds us that its subject made his breakthrough as a feature film director with the musical comedies A Hard Day’s Night (1964) and Help! (1965). The not-so-subtle suggestion is that his early association with the singing group is the best part of the story. While targeting Beatles’ fans may have been a publisher’s ploy to boost sales, it misrepresented Yule’s fact-filled survey of the director’s 37-year career. Lester, born on this day (January 19) in 1932, is better known to cineastes as the man who paired humour with historical insight in his 1973 swashbuckler The Three Musketeers, gave mythic power to mature romance with Robin and Marian (1976)and pioneered on-screen super-heroics in his Superman pictures (1980;1983). Independent, and influential as a result, he chose projects that were always interesting, if not always successful. The three films being added to the Reeling Back archive today (with links to each following the Afterword to this posting) represent Lester coming to grips with the complex cinema zeitgeist of the mid-1970s. Among the major movie trends was the disaster film, a genre to which Lester contributed 1974’s Juggernaut, a British-made tale of marine survival that is among the best of them.

JUGGERNAUT. Written by Richard De Koker. Music by Ken Thorne. Directed by Richard Lester. Running time: 109 minutes. Rated General entertainment. “WELL,” SAYS LIEUTENANT-COMMANDER Anthony Fallon (Richard Harris), “if it was easy, everybody would be doing it." Chief of the Royal Navy's crack bomb disposal squad, Fallon is the central character in Richard Lester's new film, Juggernaut.
It's not easy, of course, but everybody seems willing to give it a try. Over the years, the making of survival epics has been one of Hollywood's own surest means of survival.
Two years ago [1972] there was The Poseidon Adventure. Before that there was 1970’s Airport and Skyjacked (1972), all part of a tradition that reaches back to Grand Hotel (1932) and Stagecoach (1939).
The common element is a group of strangers who suddenly find themselves in the midst of a life and death struggle with forces beyond their control.
The form is not new, but in the hands of director Richard Lester it comes alive with an unexpected freshness and vitality. Set on a luxury liner, his Juggernaut makes The Poseidon Adventure look like a ride a rowboat.
Indeed, comparing Juggernaut to Poseidon is rather like comparing a Hogarth portfolio to a comic book. Not only does Lester's film outdistance its popular predecessor for pace and style but it adds one ingredient missing from the earlier movie — dramatic depth.
Most of the story's action takes place aboard the sleek pleasure ship S S Britannic (played by the 25,000-ton Soviet liner, Maxim Gorki). Several days after she has set sail from Southampton, a voice on the telephone informs her London-based owner, Nicholas Porter (Ian Holm), that seven large bombs were placed aboard his ship during the confusion of a refitting.
The charges have been spaced so that their combined explosive power will open an entire side of the ship. Unless the shipping company pays £500,000 to the bomber — who calls himself Juggernaut — the Britannic will die at dawn the next day.
Scotland Yard’s Superintendent John McCloud (Anthony Hopkins) and the military are called in immediately. A bomb disposal team, led by the loquacious Irish adventurer Fallon, is dispatched to the endangered ship.
There are complications. In England the government, represented by a coldly soft-spoken civil servant named Hughes (John Stride), pressures the shipping company not to pay. “We can't consider this case in isolation,” he says.
No ransom to terrorists; that's the policy of Her Majesty's government.
At the same time there are problems at sea. The Britannic, captained by a suave, distant officer named Alex Brunel (Omar Sharif), is running through a gale. The ship cannot be abandoned without heavy loss of life.
To create an authentic feeling of shipboard life, Lester's cast and crew actually put to sea for better than two weeks, where he sought out rough weather. Achieving excellent results under such circumstances were cinematographer Gerry Fisher, and a daredevil action unit under Paul Wilson.
Bringing the film's dozen or so major characters to life is a finely-wrought script written by the film's producer, Richard DeKoker. Typical of its succinct character exposition is a speech given to Clifton James playing the part of Corrigan, one of the Britannic’s American passengers.
“I am by profession a politician,” he tells a crewman who has just reassured him that there's nothing abnormal about the ship sailing in circles. “. . . the mayor of a rather large city, in fact.
“In my profession, you have to know how to lie with precision. You also have to know when a lie bites you in the ass.” Concludes Corrigan: “I have just been bitten.”
One of the most impressive of director Lester's accomplishments is the way in which he is able to fill his film with humour without either diluting the tension or turning dramatic characters into clowns. Even his funniest characters have dramatic sides.
Roy Kinnear, the roly-poly actor who played Planchet, D'Artagnan's amiable valet in Lester's 1973 swashbuckler The Three Musketeers, is here cast as the Britannic’s social director. Through gaffs and gales, he sees his job as “smoothing things out in times of crisis.”
Although he throws himself into his job, he, too, is frightened. Finally, when it seems that all will have to take to the boats, his Pollyanna charm wilts. Says surprised passenger Barbara Bannister (Shirley Knight): “You're supposed to be cheering us up.”
Finding himself needed, the dutiful social director scans the storm-tossed horizon. "There are no icebergs," he offers helpfully.
In the course of his film, Lester skilfully establishes the Britannic as a real place and sets the wheels of a massive government investigation in motion. As the movie reaches its climax, though, all the attention is on Fallon, his bomb squad and the bombs that the diabolical Juggernaut has set against them.
Harris, turning in his most effective performance in recent memory, is perfect as the insufferable, arrogant, swaggering Fallon, the sailor who bets his life every time he takes a job. There is even a rough sort of love between him and his Number Two, Charlie Braddock (David Hemmings).
“Have I ever told you about death?” he asks Braddock at one point. Both are wrist-deep in complex bomb mechanisms. “It's nature's way of telling you you're in the wrong job."
Fallon is good, but Juggernaut just may be better. Fallon is fighting the clock to save lives, but he is not portrayed as a likeable hero. Indeed, the director just might let the whole ship blow up in his smirking face.
Tense, suspenseful and with that dash of social comment of which Lester is so fond (and does so well), Juggernaut takes its audience on one of the most memorable voyages in screen history.
In the coming months filmgoers will be offered a wide selection of survival epics, among them The Towering Inferno, Earthquake, Airport 1975 and Phase IV. Juggernaut, here now, has set a high standard against which all others will be measured.

Afterword: Although I located Richard Lester’s Juggernaut within the disaster film genre of the 1970s, in rereading my review I see that I did not actually use that phrase. Instead, I noted the moment’s “wide selection of survival epics.” That led me to wonder just when the term “disaster film” came into common use. To my embarrassment, I’ve not been able to find any online source that offers an answer to that question. Instead, I discovered what I consider an injustice to the memory of Lester’s place in the genre’s history.
Not unexpectedly, Wikiipedia — everyone’s first stop for online information — has an entry called Disaster film. It tells us that “the golden age of the disaster film began in 1970 with the release of Airport,” going on to say that “with the 1972 release of The Poseidon Adventure . . . the disaster film officially became a moviegoing craze.” We are further told “the trend reached its zenith in 1974 with the release of The Towering Inferno, Earthquake, Airport 1975 . . .”  Wait, no Juggernaut?
Now that’s just wrong. If ever a movie was overdue for rediscovery, it is Lester’s finely-calibrated marine suspense thriller.