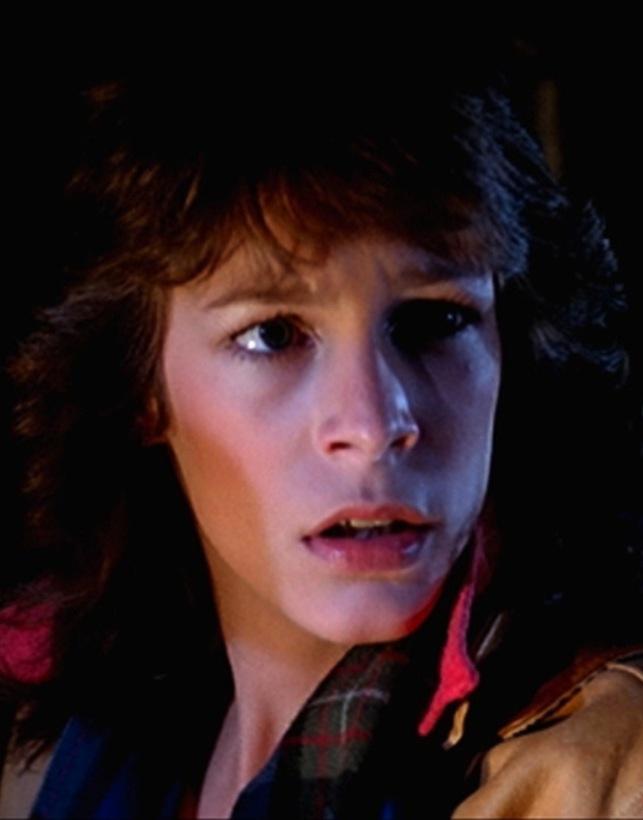 Hitchhiker Elizabeth Solley (Jamie Lee Curtis) arrives in Antonio Bay in time to experience the horrors of The Fog (1980).

Logic lost in The Fog


Some are born great, Malvolio told us in Shakespeare's Twelfth Night. And, indeed, at least two feisty members of Britain's pre-First World War aristocracy — Lady Constance Annesley and Lady Diana Manners — found fame performing on the stage and silent screen (as Colette O'Neil and Diana Cooper). Some achieve greatness, the quote continues. At her pleasure, the Monarch may confer honours equivalent to knighthoods upon a chosen few. Eight great dames to have had face time with Her Royal Highness in recent years were Judi Dench (appointed 1988), Maggie Smith (1990), Diana Rigg (1994), Elizabeth Taylor and Julie Andrews (2000), Helen Mirren (2003), Angela Lansbury and Angelina Jolie (2014). Some have greatness thrust upon them. It was on this day (April 8) in 1996 that Peter Haden-Guest, the fourth Baron Haden-Guest, died. The title (and hereditary seat in Britain's House of Lords) passed to his son, the comic actor, screenwriter and director Christopher Guest. As a result greatness, in the form of the title Lady Haden-Guest, was thrust upon his actress wife, Jamie Lee Curtis. Better known to her fans as a Hollywood princess — her parents were actors Tony Curtis and Janet Leigh — and a scream queen, she became a star under the direction of John Carpenter in such films as 1980's The Fog.

Sunday, February 17, 1980
THE FOG. Co-written and produced by Debra Hill. Music, co-writing and direction by John Carpenter. Running time: 91 minutes. Restricted entertainment with the B.C. Classifier's warning: some frightening and violent scenes. JOHN CARPENTER MAY BE WORKING too hard. According to the biographical notes sent along by the distributor of his current film, The Fog, he is currently involved in writing and directing two new feature films.
Before The Fog rolled in, I would have greeted that announcement with a hearty hallelujah. His previous work suggested that he was a talent to be reckoned with, a young filmmaker who belonged in the same golden circle as George Lucas, Steven Speilberg and Francis Coppola.
His feature debut, a $60,000 science-fiction satire called Dark Star (1974) was a gem. He followed that up with 1976's Assault on Precinct 13, a breathlessly suspenseful urban thriller (and one that will be on view all this week at the Hollywood Theatre).
Last year [1979], Carpenter made another breakthrough. Elvis, his made-for-TV biography of the late rock star, was the top-rated program in its timeslot.
Halloween, his third theatrical feature, released in October 1978, was a solid success at the movie box office. Halloween offered horror reduced to the essentials.
It used a simple premise — a homicidal maniac — to create a sense of absolute evil. Like the shark in Jaws,