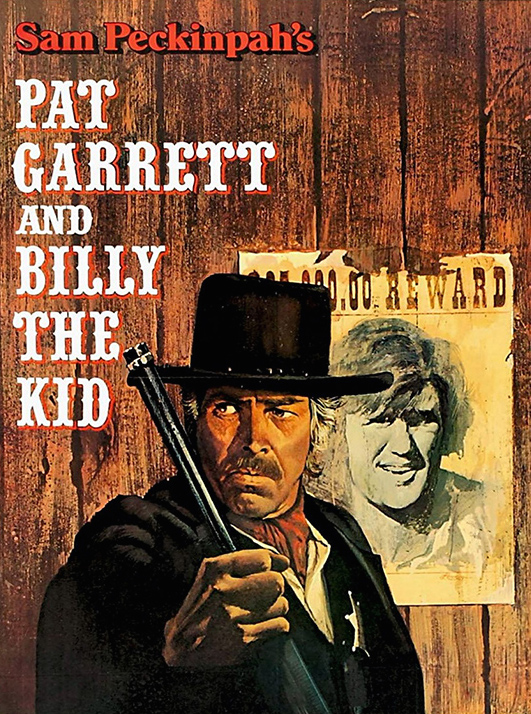 
Kids key to director’s tale of the Kid


On this day (April 13) in 1881, New Mexico supreme court Judge Warren Bristol sentenced the 21-year-old William Bonney (aka Billy the Kid) to death. Already nationally known, Bonney was convicted of the murder of Lincoln County sheriff William Brady. The kid broke jail 17 days later, missing his May 13 date with the hangman. Tracked down by Sheriff Pat Garrett, he was shot to death shortly after midnight on July 14. Bonney’s obituary ran in newspapers across the country. According to social historians Robert N. Mullen and Charles E. Welch Jr., he is the most written-about gunslinger in Western folklore, with hundreds of books perpetuating his (brief) life and legend. In the process, his story became part of frontier folklore, a tale that has been skewed to support a variety of cultural narratives. It was first adapted for the screen in 1911 as the silent romance Billy the Kid. In 1930, it received major movie recognition in director King Vidor’s pioneering widescreen feature Billy the Kid, the film that established the standard version of the story. In 1938, America’s cultural elite embraced Billy the Kid the ballet, along with its rousing score by Aaron Copland. A lot more pictures followed. Today, Reeling Back adds four Billy the Kid titles to its archive (with links to each following the Afterword to this posting). Among the best of them is director Sam Peckinpah’s 1973 meditation on violence in American society, Pat Garrett and Billy the Kid.

Afterword: I grew up with the Western. The oldest movie genre, cowboy movies began to change in the 1950s as filmmakers felt the need to create a more “adult” Western. In part, they were responding to the challenge of television, which had adopted the genre with unbridled enthusiasm. In part, they were exploring the new possibilities in the old stories of conflict on the nation’s various frontiers. In 1955, the broadcasters upped the ante, launching a TV series targeted at grown-ups, Gunsmoke. Among the talented new writers who contributed scripts to the show was Marine Corps veteran Sam Peckinpah.
In 1961, after serving an apprenticeship directing episodes of such series as The Rifleman and Zane Grey Theatre, Peckinpah made his feature film debut with a frontier adventure called The Deadly Companions. A year later, he generated serious critical acclaim with his elegiac Ride the High Country, a tale of friendship and betrayal that starred Western icons Joel McCrea and Randolph Scott. His next film, the brilliant if troubled Major Dundee (1965), signalled that the ground was about shift under the old genre once again.
It happened in 1967, the year Italian director Sergio Leone’s Per un pugno di dollari was released in the U.S. as A Fistful of Dollars. An unofficial remake of Akira Kurosawa’s Yojimbo, Leone’s ultraviolent  “spaghetti Western” starred Clint Eastwood, and it changed things forever. In 1969, Peckinpah’s The Wild Bunch confirmed his own cinematic genius, and the R-rated examination of frontiersmen facing changing times circa 1913 took its place among the genre’s greatest. Leone and Peckinpah: between them they reshaped our experience of the American West in the movies. And, as Pat Garrett and Billy the Kid showed, Peckinpah had much more to say on the subject.

See also: Today we added four Billy the Kid movies to the Reeling Back archive: the 1966 Billy the Kid versus Dracula; Dirty Little Billy (1972);  Pat Garrett and Billy the Kid (1973); and Young Guns II (1990).
Another Sam Peckinpah feature on file is Convoy, the 1978 action comedy that reunited the director with his own Billy the Kid, actor Kris Kristofferson.