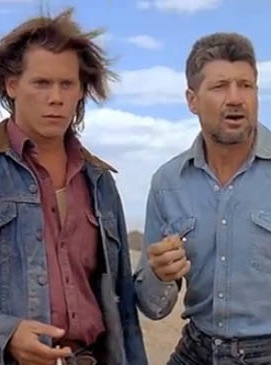 
Is our entertainment glass half full, or half empty? Here in Vancouver, the neighbourhood movie house has gone from being endangered to just about extinct. On the west side, the 2011 closure of the Hollywood and the 2013 demolition of the Ridge leaves the Dunbar as the last independent standing. With a single remarkable exception, none remain anywhere else in the city. That exception is the Rio Theatre, a single-auditorium cinema with a history as fascinating as its Vancouver East district. Opened in April 1938, it was part of the Odeon Theatre chain until the mid-1950s, when it became a casualty in the film exhibition industry's war with television. Like so many picture houses, it was repurposed as a bowling alley. A generation later, the seats and screen were restored, and East Indian showmen Avtar Bains and Amarjit Benning offered the best of Bollywood to the city. After 1982, the programming was Chinese, in a movie house made notorious by a 1987 gang-related shooting. Following another period of darkness and a 2006 renovation by businessman Mukesh Goyal, the Rio was acquired by 38-year-old Corrine Lea, aka Shameless Lee, an artist/entrepreneur with a resume as colourful as the theatre itself. Since taking over in April 2008, Lea has taken hold of the half-full glass and, following an unprecedented two-year-long battle with B.C.'s liquor licensing laws, created a dynamic new business model for the province's still-surviving independents. Now operating as a multimedia venue, the Rio's innovative programming continues to generate creative Tremors, which happens to be the title of the classic Late Night Movie showing tonight (April 10) at 11:55 p.m.

Friday, January 19, 1990.
TREMORS. Written by Brent Maddock and S.S. Wilson. Music by Ernest Troost. Directed by Ron Underwood. Running time: 94 minutes. 14 Years Limited Admission with the B.C. Classifier's warning: some gory scenes, very coarse language. THE CITY OF PERFECTION has seen better times. "Established 1902" according to its highway marker, the Nevada desert town currently has a population of 14.
Even that number is rapidly declining. For one thing, handymen Valentine McKee (Kevin Bacon) and Earl Basset (Fred Ward) are moving on to Bixby, some 38 miles down the road.
For another, there's been a sudden epidemic of nasty deaths. Yesterday, Val and Earl found town drunk Edgar Deebs (Sunshine Parker) halfway up a high tension tower, dead from dehydration.
All that's left of old Fred (Michael Dan Wagner), the local truck farmer, is his head and a few sheep parts scattered about his property. "This," says Val, "is weird."
Raise a small cheer for No Frills Films. On its second outing, Gale Anne Hurd's
independent production company gets it right.
In co-operation with the producer-screenwriter team of Brent Maddock and S.S. Wilson, No Frills offers Tremors, a model matinee movie.  A solidly crafted, thoroughly entertaining creature feature, director Ron Underwood's picture recalls the sunshine shocks of 1950s monster master Jack (It Came from Outer Space) Arnold.
The title refers to the unusual seismic activity being monitored by MSU graduate student Rhonda LeBeck (Finn Carter). Eventually, we learn that Perfection's population is being reduced by a school of subterranean land sharks, carnivorous, 10-metre-long things that sport multi-tentacled tongues and move beneath the earth like jet-propelled moles.
What the heck are they?
"Some kind of mutation," suggests Val.
Where are they from?
"I vote for outer space," says Earl. "No way these are local boys."
The questions are left open. Credit writers Wilson and Maddock (previously responsible for such mechanical creations as 1986's Short Circuit and 1987's *batteries not included) with carefully thinking through the powers and limitations of their biological horrors.
As a result, their picture works to, well, perfection within the bounds of its genre. Making it work dramatically is a cast that obviously had as much fun making it as it is fun to watch.
Bacon and Ward are just right as the good old boys who turn out to be brighter and braver than expected. Newcomer Finn Carter makes a fine, Kathleen Turner-like heroine, providing "scientific" explanations as needed.
Providing robust comic relief are TV series player Michael (Family Ties) Gross and country singer Reba McEntire. Cast as the gun-toting Gummers, they are a be-prepared survivalist couple whose rec room arsenal would be the envy of any Third World generalissimo.
Tremors is unpretentious, old-fashioned thrills and laughter for the Monster Chiller Theatre crowd.
*    *    *
FOR THOSE KEEPING SCORE, No Frills Films' premiere release was 1988's Bad Dreams. A low-budget Nightmare on Elm Street clone, the Andrew Fleming feature generated no thrills at all.

Afterword: While working as an executive assistant to low-budget film legend Roger Corman, Gale Anne Hurd met a young art director named James Cameron. Together, they collaborated on the screenplay for Cameron's breakthrough feature, 1984's The Terminator, her own debut as a film producer. They married in 1985, and she produced his next two pictures, 1986's Aliens and The Abyss (1989). They divorced in 1989, with Hurd continuing to produce interesting genre films. Her No Frills Films made just one more feature, 1992's The Waterdance, the story of a paralyzed writer in rehabilitation that starred Eric Stoltz. Among her more recent credits as producer are director Ang Lee's Hulk (2003) and Louis Leterrier's The Incredible Hulk (2008), both based on the Marvel Comics character. (I personally preferred her 2005 release, director Karyn Kasuma's much more inventive Æon Flux.) She is currently producing the popular AMC cable television series The Walking Dead.
Tremors found its intended audience, and was followed by four direct-to-video sequels (1996, 2001 and 2004, with the last scheduled for release later this year) and a 13-episode TV series (2003). The only one of the principal players to appear in all five features and every TV episode is Michael Gross.

Rio recalled: On December 27, 2013, the Rio Theatre showed its fine appreciation for what makes a Christmas movie by featuring 1988's Die Hard. In April 2013, CBC Vancouver program host Stephen Quinn appeared (in costume) on the theatre's stage to introduce a screening of one of his favourite films, The Adventures of Buckaroo Banzai (1984).  Tonight (April 10), in addition to it's midnight screening of Tremors, the Rio will be showing director Ridley Scott's "Final Cut" version of 1982's Blade Runner.