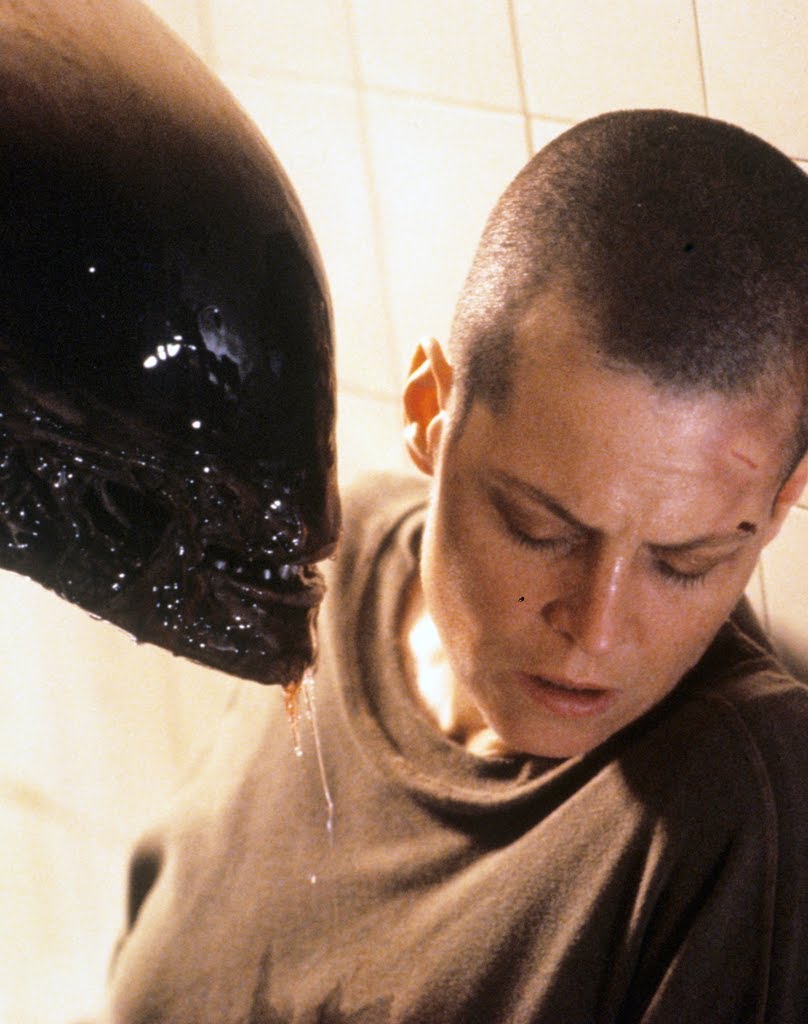 
Adult fantasy dares to be a downer


Like every dog, it seems as if every science-fiction film franchise must have its day. Star Wars fans celebrate 5/4, or May the Fourth, which is a play upon the Jedi greeting “may the force be with you.” Star Trek Day is September 8, which was the broadcast date of the original TV show’s first episode in 1966. In Japan, November 3 is Godzilla Day, recalling the date that the original feature premiered in Tokyo in 1954. No surprise, then, that 20th Century Fox is promoting today (April 26) as Alien Day. Wade Watts-level trivia buffs will instantly recognize 4/26 as a reference to LV-426, the planetoid where Sigourney Weaver’s Ellen Ripley first met the hostile Xenomorph in director Ridley Scott’s 1979 film. Their encounter rejected the optimistic tone set by such new generation moviemakers as Steven (Close Encounters of the Third Kind) Spielberg and George (Star Wars) Lucas. Alien was a return to the dystopian horrors familiar to those with some memory of the first-contact sci-fi features of the 1950s. In the years since, audiences have had a choice of possible futures, some miraculous, others monstrous. Today, Reeling Back adds four alien-infested titles to its archive (with links to each following the Afterword to this posting). Perhaps the darkest addition to an intensely dark series was director David Fincher’s take on the existential trials of Ellen Ripley, 1992’s Alien 3.

ALIEN3. Co-produced and co-written by David Giler and Walter Hill. Co-written by Larry Ferguson from a story by Vincent Ward. Based on characters created by Dan O'Bannon and Ron Shusett. Music by Elliot Goldenthal. Directed by David Fincher. Running time: 114 minutes. Restricted entertainment with the B.C. Classifier’s warning: some gory violence and very coarse language. COLOUR HER BRUISED.
The last time we saw Ellen Ripley (Sigourney Weaver), she'd won. She had just finished off the xenomorph queen.
All of the insect-like killer things that had pursued her through 1979’s Alien (1979) and Aliens (1986) were dead. Well, almost all.
Science fiction's most compelling movie heroine faces a new round with an old adversary in the dramatically courageous Alien3. Intense and serious-minded, this is one adult fantasy that dares to be a downer.
No mere replay of the previous two pictures, debuting director David Fincher’s film builds upon the established characters and situation to tell an effective tale for our times. "It's about the '90s," actress and co-producer Weaver said in a recent interview.
"There's an anger and a sadness in it that I don't think have been in the other two, and that I think is very appropriate."
It begins with Ripley awakening on the prison planet Fiorina "Fury" 161. She learns that she is the sole survivor of a crash landing. Her android friend Bishop (Lance Henriksen) is non-functional, and the child Rebecca "Newt" Jordan (Danielle Edmond) is dead.
She suspects the worst and she is right. This time, though, she is stuck in an obsolete basement facility on a lice-ridden rock populated by 25 YY-chromosome convicts, a medical officer and two warders.
They have no weapons and mostly malfunctioning equipment. According to Dr. Clemens (Charles Dance), the inmates have adopted "some sort of apocalyptic millenarian Christian fundamentalism."
Superintendent Andrews (Brian Glover) fears that a woman among all these incorrigibles will be a disruption. He's right, too.
Action fans will get the expected future-Gothic thrills when this grungy lot unite against the murderous alien.
Worth noting, though, is a basic shift in the overall mood. Here, we have neither the laconic cowboy professionalism of Alien nor the Starship Trooper bravado of Aliens.
For the 90s, there is an English-accented, make-do melancholy, somewhat reminiscent of TV’s Max Headroom. The film's screenplay is full of repressed feelings and edged understatement.
For the 90s, there is also an anguished feminist metaphor, as Ripley experiences disfigurement and personal violation. A powerful combination of incident and imagery add up to a symbolic pro-choice statement.
Not just another bug hunt, Alien3 is a dystopian take on the future we face today.

Afterword: Warrant Officer Ellen Louise Ripley was actress Sigourney Weaver’s first feature film starring role. She created the character in director Ridley Scott’s 1979 fright fest Alien, then took her to the next level in James Cameron’s stunning sequel Aliens (1986). Ripley was unstoppable, and a fiery death at the end of Alien3  didn’t prevent her return for Jean-Pierre Jeunet’s 1997 Alien Resurrection. Weaver, whose first best-actress Oscar nomination was for her performance in Cameron's feature, is beloved for bringing to life science-fiction cinema’s first great female hero.
It’s possible that Ripley will never return. Although Ridley Scott has offered two Alien prequels — 2012’s Prometheus and Alien: Covenant (2017) — neither one involved her character. Between 1995 and 2017, various efforts were made to develop an Alien 5 project that did include Weaver as Ripley. As of Alien Day 2018 there have been no new announcements.
Though Ripley may be her best-known role, Weaver is also remembered by science-fantasy aficionados for her turn as Dana Barrett in 1984’s Ghostbusters and its 1989 sequel. (She was also seen as Dr. Rebecca Gorin, a cameo role in the the 2016 Ghostbusters reboot.) Her appreciation for the fans was apparent when she played Gwen DeMarco, in the Star Trek-spoofing Galaxy Quest (1999). Nor can we forget director James Cameron's decision to include her in the cast of his 2009 boxoffice blockbuster Avatar. As Dr. Grace Augustine, she is the head of the Avatar Program, a role she will reprise in four announced Avatar sequels scheduled to be released between 2020 and 2025.