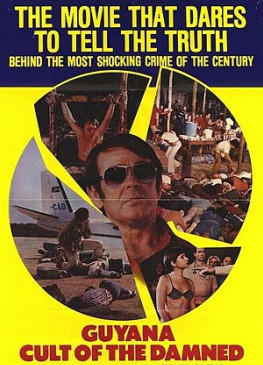 Trading on a tragedy


Answers none of the questions raised


Theirs was an act of faith. On this day (November 18) in 1978, more than 900 members of the Peoples Temple Agriculture Project joined with their spiritual leader Jim Jones in an act of “revolutionary suicide.” Making the act particularly horrific was the fact that a third of the dead were children poisoned by their own parents, and the phrase “drinking the Kool-Aid” entered the language to describe the unquestioning acceptance of self-destructive beliefs. Called the Jonestown massacre, it is remembered alongside such historic mass suicides as Masada (in 133 BCE Palestine) and Matuba (1802, Guadeloupe). Shortly after Jonestown, sects such as Quebec’s Order of the Solar Temple and California’s Heaven’s Gate were in the headlines. Today, of course, religiously-inspired suicide is popularly believed to be a Muslim thing, a political act perpetrated by followers of “terrorist” organizations named Al-Qaeda (believed responsible for New York’s 9/11 event) or ISIS. Though self-slaughter falls well outside the teachings of mainstream religion, the practice holds a fascination for popular culture consumers. The power of cults and their beliefs are central to the plots of the four feature films being added to the Reeling Back archive today (with links to each following the Afterword to this posting). Within a year of the Jonestown tragedy, exploitation moviemaker René Cardona Jr. released his version of the story, a 1979 film called Guyana - Cult Of The Damned.

GUYANA - CULT OF THE DAMNED. Co-written by Carlos Valdemar. Music by Nelson Riddle. Co-written, produced and directed by René Cardona Jr. Running time: 88 minutes. Restricted entertainment with the B.C. Classifier's warning: “some disturbing scenes of death and violence.” IN MID-NOVEMBER 1978, in a remote corner of the Guyanese jungle, California senator Leo Ryan, three American newsmen and nearly 1,000 followers of the Reverend Jim Jones died. The incident, a mixture of murder and suicide, became known as “the Jonestown massacre.”
After the initial shock, there were many questions. Who were these people? What were they doing in South America? How could parents murder their own children? How could such a terrible thing happen?
After the initial shock, there was no doubt about it. Here was the raw material for a powerful, moving human drama.
Guyana - Cult of the Damned isn't it. A dull, uninspired potboiler, it was written, produced and directed by René Cardona Jr., a filmmaker who feeds off front page headlines.
Remember Survive!, the 1976 Mexican-made exploitation picture based on the story of the Andes cannibals? It's on TV tonight [1980]. Cardona Jr. produced it for his father, writer-director René Cardona Sr.
In common with Survive!, Guyana is low-budget, low-grade sensationalism, the sort of first-draft filmmaking that has neither courage nor conviction. It answers none of the questions raised by the real-life massacre.
Instead, it manages to suggest a number of questions of its own.
If, as the ads say, this is “the movie that dares to tell the truth,” why have so many of the names been changed?
In Cardona's film a Rev. Jim Johnson (Stuart Whitman) leads his San Francisco flock to Johnsontown, Guyana. It is the visit of a congressman named Leo Ryan (Gene Barry) that triggers the ultimate tragedy.
If Johnson is, as the movie's narrator says, a charismatic figure capable of hypnotizing people with the sound of his voice, why hire an old pug  — Whitman is a former boxer — to play the role? The man would have trouble selling used cars, let alone promised lands.
If the film is,  in fact, a fictionalization of the Jonestown incident, why pretend that it is some kind of docu-drama? Could it be that Cardona was in such a rush to get his cynical little schlocker into theatres that he couldn't be bothered writing a script with connected scenes or dramatic integrity?
After the initial shock, we realized that Jim Jones bore responsibility for an appalling waste of human lives. Guyana - Cult of the Damned is just an appalling waste of time.

Afterword: The son of the prolific Mexican filmmaker René Cardona (1905-1988), René Cardona Jr. joined the family business early on, acting in his father’s films from the age of nine. He was 25 in 1964 when he directed his first feature. Twelve years later, he broke through to the international audience with his 52nd picture, the English-language Tinorera: Killer Shark. Made to take advantage of the Jaws-generated