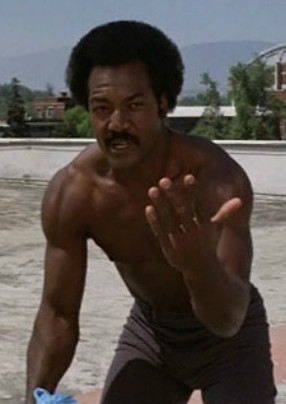 
Family matters when it comes to maintaining interest in a movie franchise. Shaft, opening today (June 14) in the U.S. and Canada, offers three generations of the African-American crime-fighting clan. In the new picture, retired private detective John Shaft (Richard Roundtree) is revealed to be father (not the uncle) of practicing P.I. John Shaft II (Samuel L. Jackson), who is the father of John “J.J.” Shaft (Jessie Usher), an F.B.I. special agent. Lest we forget, John Senior was the title character in director Gordon Parks’s incendiary 1971 feature Shaft, one of the two urban action films that begat the “blaxploitation” movie genre. (The other was Melvin Van Peebles's independently-made Sweet Sweetback's Baadasssss Song.) Said to have saved the struggling MGM Studios from bankruptcy, Shaft was followed by Shaft’s Big Score (1972) and Shaft in Africa (1973). There was even a short-lived Shaft TV series. All if them starred Roundtree. John Senior’s nephew and namesake was the title character played by Jackson in Shaft, director John Singleton’s 2000 franchise reboot. Today’s reunion, directed by Tim Story, offers Reeling Back an opportunity to look back at some early blaxploitation pictures. The four films being added today (with links to each following the Afterword to this posting) include director Jack Starrett’s 1972 introduction to the vengeance-seeking Vietnam veteran named Slaughter.

SLAUGHTER. Written by Mark Hanna and Don Williams. Music by Luchi De Jesús. Directed by Jack Starrett. Running time: 92 minutes. Restricted  entertainment with the B.C. Classifier's warning: Brutality and coarse language. IT BEGINS WITH A distinguished-looking couple climbing into their car. The man turns the ignition key and . . . KA-BOOM!
The scene shifts to a hospital waiting room. Waiting for news of his parents is a big, grim-looking man (Jim Brown). If he has a first name, he doesn't like it, and nobody ever uses it. His last name is Slaughter.
His parents are dead. Slaughter takes the news impassively. He begins to leave but is stopped by a pert, floppy-hatted female (Marlene Clark).
She identifies herself as Kim, a reporter. Slaughter isn't interested.
"You're a Green Beret hero, and you're black," she says. "That's a good story."
No, it's not. Anybody who goes to the movies knows that all Green Beret  heroes (with the exception of John Wayne and some ecologically-minded Indians) are black. Slaughter is going to have to have better credentials than that to make it a good story.
Unfortunately, he doesn't. His father was mixed up with the rackets and was rubbed out. So, Slaughter declares a one-man war on The Mob.
But that's no story, either. Lee Marvin has been sneerfully mauling The Mob for years, and doing it with considerably more style.
The trouble starts with the screenplay — a Mark Hanna/Don Williamson collaboration that sounds as if it were knocked out between Bloody Marys on the morning after a night before. Their story has Slaughter grudgingly (and unofficially) deputized by the U.S. Treasury Department and sent winging off to an unnamed Latin American country to continue his pursuit.
For comic relief the government provides him with an inept partner named Harry (Don Gordon), who informs him that there is a power struggle within the local syndicate's upper echelons. A ruthless up-and-comer named Dominick Hoffo (Rip Torn) is seeking to depose Mario Felice (Norman Alfe), the old don.
The one thing that can keep a tired old tale like that alive is sharp, witty dialogue, combined with some sharp, with-it delivery. Here, though, the script lacks the lines and the actors — with the exception of Torn, who looks like he's auditioning for the part of the mad doctor's assistant — are completely lacklustre.
The entire exercise seems to have been contrived to provide an excuse for some location shooting in Mexico.
About the only thing left to keep an audience awake is keeping track of the body count: a statistical survey that includes bodies dead (33); bodies nude, female (2); bodies auto, wrecked (3) and bodies aircraft, wrecked (1).
Says little Harry of his big buddy: “I like his style." So would a school of pirañas.

Afterword: Jim Brown, often called "the first black action star,” was a professional football player in 1964, a fullback on the NFL’s Cleveland Browns. He made his screen debut that year playing Sgt. Franklyn, a “buffalo soldier” in director Gordon Douglas’s western Rio Conchos. Then he was part of the ensemble cast that Robert Aldrich assembled for 1967’s The Dirty Dozen, and made the switch to full-time acting during its filming. A champion rusher, Brown moved from supporting player to star with The Split, a 1968 crime drama (and the first theatrical feature to receive an R [for Restricted] rating from the Motion Picture Association of America).
By the time he played the title role in Slaughter, he’d been top-billed in six feature films, including Tom Gries’s 1969 western 100 Rifles, one of the first Hollywood movies to include an interracial love scene (featuring Brown and co-star Raquel Welch). In 1973, Brown reunited with his first director, Gordon Douglas, to reprise his Vietnam veteran role in Slaughter’s Big Rip-Off. Though Blaxploitation roles continued for Brown — he had the title role in 1972’s Black Gunn, directed by Robert Hartford-Davis, and starred in director Jonathan Kaplan’s The Slams (1973), and Gordon Parks Junior’s Three the Hard Way (1974) — his career hardly depended on the new genre. He continued to find work well into the new century, bringing it all full circle in director Ivan Reitman’s Draft Day, the 2014 sports drama about the Cleveland Browns in which the 77-year-old Jim Brown plays himself.