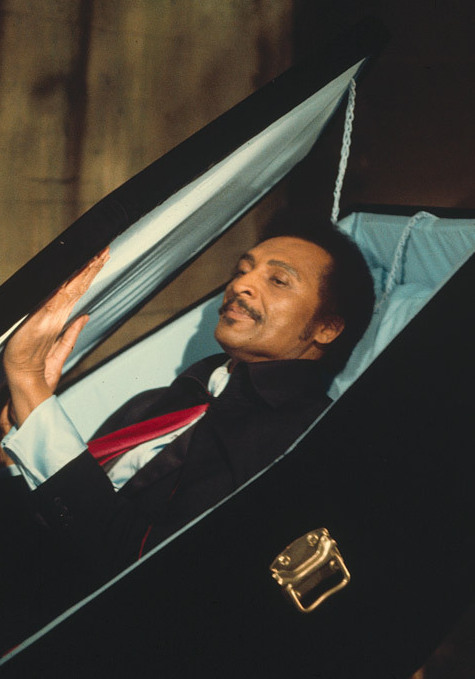 
Impossible to ignore the black arts


My dearest Daughter.
Thank you for insisting that I finally read Dracula. As you most certainly know, today (November 8) is the anniversary of author Bram Stoker’s 1847 birth in the Dublin suburb of Clontarf. There appears to be truth in the claim that the Irish “have a way with the words.” Much to my delight, I found his novel far more readable than I’d expected of a work first published in 1897. The story told in the book is actually quite different from the plot of its authorized stage adaptation, the 1924 stage play produced after Stoker’s widow granted a licence to Irish actor-playwright Hamilton Deane, an old acquaintance of her late husband from his days as a London stage manager. The book is written in the epistolary style, a technique that 18th century novelists used to make their fiction more real. In the case of Dracula, Stoker shares with the reader entries from his characters’ journals, diaries, letters and, in something of a surprise, phonographic recordings. It certainly deserves its reputation as a work of literature, unlike so many of the potboiler pop culture artifacts that have taken the vampire count’s name in vain (vein?).
— Your loving Father.
P.S. Today, I am adding six feature films inspired by Stoker’s work to my Reeling Back archive (with links to each following the Afterword to this dispatch). Astute social commentary is a bonus feature in African-American director William Crain’s horror comedy, 1972’s Blacula.

Sunday, March 12, 1972.
BLACULA. Written by Joan Torres and Raymond Koenig. Music by Gene Page. Directed by William Crain. Running time: 93 minutes. Mature entertainment with the B.C. Classifier's warning "could be disturbing to children." THEY ALL LAUGHED WHEN American-International, America's own little shop of horrors, decided to make a black vampire movie. They practically fell off their seats when producer Sam Arkoff decreed the vampire should be called Blacula.
And now they're laughing in the theatres. This time,  they're laughing between screams, and on cue. Blacula, it turns out, is a slick, effective serio-comedy, the sort of movie that gives an audience its money’s worth of chuckles and chills.
Up front is William Marshall, an actor whose vampiric charisma is every bit the equal of the traditional Bela Lugosi, or the current Christopher Lee. His origins are explained in a pre-credits visit to "Transylvania 1780: Castle Dracula."
Marshall is introduced as the thoroughly civilized Prince Mamuwalde, a black African leader who has come to Europe to plead for an end to the slave trade. His mission comes to an unexpected end when a rather Southern American-looking Count Dracula (Charles McCauley) fangs him into the realm of the undead.
Locked in a coffin, he becomes part of a shipment of artifacts acquired by a pair of Los Angeles antique dealers two centuries later. Sure enough, Blacula's ruffled shirt and flowing cape fit in perfectly with the mod scene night life.
In their screenplay, Joan Torres and Raymond Koenig manage an effective blend of the traditional and the irreverently modern. Spotting neck wounds on a victim, for example, a black funeral director comments that "I've never seen a rat bite that size before."
First to spot the familiar collapsed vein syndrome is police pathologist Gordon Thomas (Thalmus Rasulala). Together with disbelieving homicide detective Jack Peters (Gordon Pinsent), he stalks the spiffy dude to his final lair.
The actors have a good deal of fun with the byplay. Rasulala and Pinsent play off one another, with the Canadian filling in the role of long-suffering best friend. The tables are turned when Thomas confronts Blacula.
Together in a night club, the two are discussing occult matters. “Well,” says Blacula, delivering the ultimate topper, “we can’t ignore what the world calls the Black Arts, can we?”
Under William Crain's direction, Blacula is a smooth exercise in combining genres. Added to that is the accomplishment of cinematographer John Stevens, whose camera catches one of the most striking final sequences in recent American horror.
The film does have its inconsistencies. Surely Blacula, awakened 200 years and half a world away from his last memory, should suffer some future shock? Make-up on the tertiary vampires is excessive, and some of the film's shocks are of the cheap leap-out variety.
On the other hand, Blacula himself has been carefully drawn, his story having the underlying poignancy of Karloff's Mummy (1932). Separated from his beloved Luva (Vonetta McGee) in Transylvania, Blacula sees her reincarnated in Tina, a modern Los Angelino.
The upshot of their reunion is the creation of the screen's first genuinely noble vampire.

Afterword: It comes as something of a surprise just how immediate a picture like Blacula is today. One of 23 features released by American International Pictures in 1972, it’s an example of how an independent film distributor could be in better touch with the popular culture than the so-called majors. Founded in 1954 to produce low-budget double features for the new drive-in theatre market, AIP identified teenagers as its target audience. The result was job opportunities for young moviemakers such as Roger Corman, and a willingness to tolerate rebellious attitudes. Horror, science fiction, beach party and motorcycle movies were the company’s bread and butter.
Around 1970, filmmakers discovered that there was money to be made serving the interests of urban black audiences. The ever-inventive wordsmiths at Variety coined the term “blaxploitation” as a name for this new genre of exploitation movies. AIP embraced the trend, including the social commentary inevitable in such features. It released Blacula — the feature debut of African-American director William Crain — and Slaughter (the story of a black Vietnam war veteran fighting organized crime in Cleveland) in August, 1972. A year later, six of the 17 features it released were blaxploitation pictures, including the sequels Scream, Blacula, Scream and Slaughter’s Big Rip-Off. The trend lasted about a decade, ending in1980. Co-incidentally, AIP (faced with a serious decline in the number of drive-in theatres and the rise of home video in the U.S.) went out of business the same year.