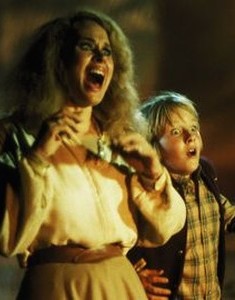 
It’s February 12, and a biologist, an anthropologist and a sociologist walk into a bar. The biologist buys a drink, raises his glass and proposes a toast. ”To Charles Darwin on his day!” The anthropologist responds with “to Extraterrestrial Cultures, on their day!” The sociologist forgoes toasting. He just drinks his beer while muttering “every devotee has his day.” And it's true. Since 1995, fans of the 19th-century evolutionary theorist have officially marked the date of his birth as their day to honour science, reason and critical thinking. In the U.K., biologist Richard Dawkins is scheduled to speak today on “The Hubris of Faith,” part of the annual Darwin Day Lecture series. On the same day, first contact enthusiasts will “celebrate all past, present and future alien visitors in ways to enhance relationships among all citizens of the cosmos, known and unknown.” First observed in New Mexico in 2004 — can you say Roswell? — ET Cultch Day now has a worldwide following. Today, in an effort to connect the two groups, Reeling Back is adding two movie reviews to the archive (with links to each following the Afterword to this posting). The optimism of our anthropologist friend’s toast notwithstanding, the popular culture thrives on tales of strange visitors from other planets who come to Earth with evil intentions. In 1986, director Tobe Hooper did his best to exploit those fears with his remake of the 1953 nightmare classic Invaders from Mars.

INVADERS FROM MARS. Written by Dan O’Bannon and Dan Jakoby. Based on the screenplay of the 1953 feature film Invaders from Mars by Richard Blake. Music by Christopher Young. Directed by Tobe Hooper. Running time: 100 minutes. Mature entertainment with the B.C. Classifier’s warning: may frighten young children, occasional violence and swearing. IN 1951’S THE THING from Another World, a witness to the destruction wrought by the extraterrestrial creature pleaded with us to “tell the world . . . tell this to everyone wherever they are . . . watch the skies!”
We did, and our vigilance was rewarded by the appearance of Klaatu and Gort (The Day the Earth Stood Still; 1951), the Ectoplasmic Xenomorphs (It Came From Outer Space; 1953), and Invaders from Mars (1953).
Filmgoers under 12 were especially impressed by Invaders, a film that deliberately played on every child's fear of abandonment. In it, a little boy watches an alien spaceship land, and soon realizes that the Martians have taken control of nearly everyone in his home town, including his parents.
Steven Spielberg was impressed. When he grew up and became a movie director, he incorporated the picture’s opening scene into his Close Encounters of the Third Kind.
When the young Tobe Hooper saw the film, it “burned holes in my brain.” Hooper's own sincerest form of flattery has been to remake the  picture, offering us a slickly updated Invaders From Mars.
As in the original, the focus is on an 11-year-old fascinated with science and the vastness of space. The son of NASA rocket expert George Gardner (Timothy Bottoms), young David (Hunter Carson) wakes up in the middle of the night to see a strange craft burrowing into nearby Copper Hill.
To humour his frightened child, Gardner checks it out, returning with distracted, robot-like speech patterns and an ugly wound on the back of his neck. The next day, Ellen Gardner (Laraine Newman) is looking and talking like her husband, while Mrs. McKeltch (Louise Fletcher), David's biology teacher at W.C. Menzies Elementary, has a fresh bandage on the back of her neck.
Nightmares can take different forms. William Cameron Menzies, the director of the original Invaders, was an Oscar-winning art director (for 1939’s Gone With the Wind) and he evoked the situation’s horror with other-wordly visual effects.
Hooper’s screenwriters, Dan O’Bannon and Dan Jakoby, emphasize dream logic rather than a dream look. Their version of the story introduces the idea of an antagonistic teacher as major villian.
David's major ally here is Linda Magnusson (Karen Black, actor Carson’s real-life mother), the sympathetic school nurse. Applying the straightforward reasoning of a child (and of the 1950s), David decides that they should confide their story to General C.T. “Mad Dog” Wilson (James Karen), the commandant of the the local Marine Corps base.
“Don’t look so worried, boy,” the cigar-chomping combat veteran says reassuringly. “We’re not out of options yet. Marines have no qualms about killing Martians.”
Unlike his filmmaking contemporaries Steven Spielberg and George (Star Wars) Lucas, Hooper betrays no Capraesque sentimentality. Like his previous feature, the underrated science-fiction horror epic Lifeforce, Invaders from Mars has the hard-edged intensity favoured by audiences in the immediate post-war decade.
Knowing, and full of sly film references for ardent movie buffs, Hooper's remake is faithful to both the mood and manner of the original. It will scare kids all over again.

Afterword: Naked apes have been watching the skies for millennia. We know that astronomy was practiced in ancient civilizations from China to Mesopotamia and Mesoamerica. Around 2,000 years ago, an astrological event called the Star of Bethlehem is said to have led three kings to the birthplace of Jesus, whose later teachings would inspire the Christian religion. More recent lights in the sky have been interpreted as proof that we are not alone in the universe. Depending on the mood of the moment, the popular culture views the possibility of first contact with either fear or anticipation.
In 1898, as Europe’s empires lurched toward the First World War, English author H.G. Wells published his seriously scary novel The War of the Worlds, the first tale to feature invaders from Mars. Forty years later, on the eve of the Second World War, director Orson Welles adapted the story for radio with chillingly memorable results. The cold war era added the trope of malicious infiltration, with films such as the original Invaders from Mars (1953) and Invasion of the Body Snatchers playing upon the fear of mental domination.
A shift occurred in the aftermath of Watergate and the Vietnam war, a time when the boom generation hoped that things really were getting better. Director Steven Spielberg captured that optimism in his blockbuster first-contact hits Close Encounters of the Third Kind (1977) and E.T. the Extra-Terrestrial (1982). As it turned out, things were not so much getting better as more complex, a trend perhaps reflected in the entertainment industry’s recent interest in vampires, zombies, superheroes and special effects.
In an interesting coincidence, Vancouver’s emergence as a world-class film and television production centre involves an American invasion. In the mid-1980s, the combination of existing infrastructure and an historically low Canadian dollar made B.C. an attractive destination for the Hollywood-based entertainment industry. Shot in and around Vancouver, The X-Files (1993-1997) took alien invasion paranoia to a new level with its complex layering of cover-ups, competing agendas and government complicity. Today, B.C. continues its “Hollyweird” tradition as home to a new generation of sky-watching entertainments, including the History Channel’s Project Blue Book. Set in the 1950s, the new show is X-Files-like in its fictionalization of the 17-year-long investigation into unidentified flying objects conducted by the U.S. Air Force. It features as its hero a fictionalized version of  Dr. J. Allen Hynek, a civilian expert brought on board to advise on the project’s findings.

See also: The Darwin Day half of today’s Reeling Back double feature is director Michael Apted’s 1988 biographical feature Gorillas in the Mist: The Adventure of Dian Fossey.