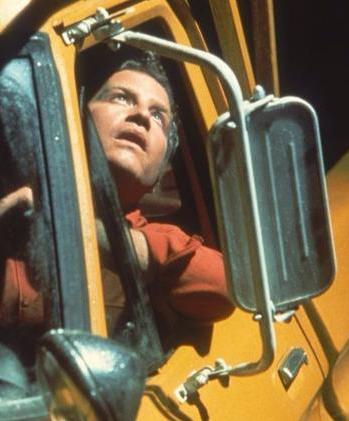 They come in peace


Canadian movie mavens feel a special affection for Richard Dreyfuss. Born on this day (October 29) in 1947, the actor broke through to stardom in his sixth film appearance, director George Lucas’s unforgettable 1973 feature American Graffiti. At the end of that picture, we were told that his character, Curt Henderson, went on to become “a writer living in Canada.” The next time we saw him, he was indeed in Canada, playing the title role in director Ted Kotcheff’s classic 1974 adaptation of Mordecai Richler’s The Apprenticeship of Duddy Kravitz. Apparently Dreyfuss returns our affection. “I feel like I’m a little more than an honorary Canadian, but less than a citizen,” he told the Toronto Star’s Peter Howell at the 2013 Cannes Film Festival. At that time he was promoting Cas & Dylan, a Winnipeg-to-Vancouver road-trip comedy in which he co-starred with Tatiana Maslany. No stranger to B.C., he was in West Kelowna in March, filming Daughter of the Wolf, a wilderness drama now in post-production for a late-2018 release. Today, Reeling Back adds three features starring Richard Dreyfuss to its archive (with links to each following the Afterword to this posting). As Roy Neary, he is a working man called to make first contact with space aliens in director Steven Spielberg’s 1978 epic Close Encounters of the Third Kind (1977).

Afterword: When the generational shift hit Hollywood in the 1970s, Richard Dreyfuss was at ground zero. He was part of the acting ensemble in director George Lucas’s breakthrough film, 1973’s American Graffiti, and starred in Steven Spielberg’s game-changing summer blockbuster Jaws 1975). Speilberg hired Dreyfuss on the recommendation of his friend Lucas and (according to Joseph McBride’s 1999 biography of the director), he came to view the manic actor as something of an alter ego. The shoot was a difficult one and, shortly before the picture’s release, Dreyfuss went on a TV talk show where he was outspoken in his disdain for the project. Spielberg didn’t hold a grudge, though. He gave Dreyfuss the starring role in his next picture, Close Encounters of the Third Kind, and cast him in his 1989 afterlife fantasy, Always.
While hardly dominant, science fiction has been an important element in Steven Spielberg’s directorial career. He reasserted his optimism about first contact in 1982, with E.T. the Extra-Terrestrial, a film that remains magical to this day. His collaboration with novelist Michael Crichton — on 1993’s Jurassic Park and its sequel The Lost World (1997) — were a return to Jaws mode, resulting in superior popcorn pictures. A.I. Artificial Intelligence (2001), a project handed off to Spielberg by Stanley (2001: A Space Odyssey) Kubrick, turned into a chilly sci-fi take on Pinocchio. Neither 2001’s Minority Report, based on a typically paranoid Philip K. Dick short story, nor War of the Worlds (2005), an updated adaptation of the H.G. Wells first-contact novel, inspired much optimism. Another popcorn picture, Ready Player One (2018) disappointed passionate fans of Ernest Cline’s 2011 novel. Spielberg, ever ready to try new/old things, is currently in preproduction for a remake of the 1961 musical West Side Story.