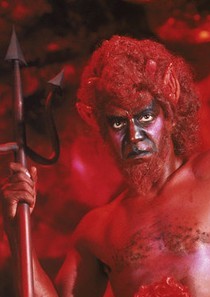 
A directionless Disney tests its limits


History’s file on Bill Cosby, born on this day (July 12) in 1937, contains before and after photos. The "after" image is a mug shot, representing the fact that he is currently serving a prison sentence of up to ten years for “aggravated indecent assault.” His 2018 conviction, called a watershed moment for the #MeToo movement, represents justice for one among some 60 women who came forth to accuse the entertainer of sexual abuse. Forever in its shadow will be our "before" picture of Cosby, the successful stand-up comic, actor, author and positive inspiration to black youth. As the first African-American to co-star on a prime-time TV series — opposite Robert Culp in 1965’s I Spy — he brought about change. He became beloved for his work promoting family values on The Cosby Show (1984-92), where he played Cliff Huxtable, rated “greatest TV dad” in a TV Guide poll. A prominent advocate for education, he held about 70 honorary degrees prior to his fall from grace. And, of course, he was a movie star, often working with his friend Sidney Poitier. The five films being added today to the Reeling Back archive (with links to each following the Afterword to this posting) include director Steven Hilliard Stern’s 1981 suggestion that Cosby might have a dark side, the comic fantasy The Devil and Max Devlin.

THE DEVIL AND MAX DEVLIN. Written by Mary Rodgers. Music by Buddy Baker. Directed by Steven Hilliard Stern. Running time: 96 minutes. General entertainment. IT LOOKS LIKE PARTY time in Hugh Hefner’s Playboy Mansion West. As happy celebrants relax in an indoors hot tub and buxom bunny-girls display their wares for the guests, an agent of Satan glides through the room stalking a soul.
Stella Summers (Julie Budd) is the latest popstar singing sensation, and she owes it all to her manager, miracle man Max Devlin (Elliott Gould). Max is working hard to get her signature on a personal representation contract that will tie up young Stella for eternity.
At first glance, The Devil and Max Devlin is not the sort of movie that audiences expect from the Disney studio. A finely-edged moral comedy, it confirms that the winds of change are reaching gale force in the Mouse Factory.
Walt Disney died in December, 1966. Since then, the decision-makers at Disney have approached every problem with the same question: "What would Walt have done?”
Inevitably, their abiding faith in the Founder’s vision has resulted in creative stagnation. Slowly, it became evident that Walt had no magic formula. His secret, and the lesson that his successors are only now learning, was "read the times; follow the zeitgeist.”
Last year [1980], the company overcame its pathological fear of putting the Disney name on a film that did not have an American G (for “General") audience rating. The Black Hole was released with a PG ("Parental Guidance"), equivalent to B.C.'s Mature rating.
The current film is also PG. (U.S. film code opinion notwithstanding, both films are rated General by the B.C. film classifier.)
The Devil and Max Devlin is a largely successful experiment in genre crossbreeding. It is the story of Devlin, the cheerless manager of a Los Angeles apartment block and a thoroughly unpleasant person. We're not sorry to see him run down by a bus five minutes into the picture.
We’re not surprised to see him fall into the sulphurous depths of Hell, either.  There he is greeted by a business-suited Barney Satin (Bill Cosby), a demonic junior executive who is about to make Max an offer he can’t refuse .
Three years ago [1978], Peter Valenti, an academic movie theorist writing in The Journal of Popular Film, described a kind of movie he called "film blanc.” Such films, he wrote, show "contemporary Americans successfully negotiating a return to the real mortal world after a trip to the twilight region.”
Cited as examples were such pictures as 1941’s Here Comes Mr. Jordan (remade in 1978 as Heaven Can Wait), The Horn Blows at Midnight (1945) and Stairway to Heaven (1946). Their common characteristics include:
“1) a mortal’s death or lapse into dream;
“2) subsequent acquaintance with a kindly representative of the world beyond, most commonly known as Heaven;
“3) a budding love affair;
“4) ultimate transcendence of mortality to escape the spiritual world and return to the mortal world.”
In developing her Max Devlin script, screenwriter Mary (Freaky Friday) Rodgers crosses Valenti’s film blanc with a conventional deal-with-the-devil plot. Barney Satin, it turns out, is attempting to prove to Hell's board of directors that he can damn three souls for the price of one.
Devlin is offered his life back. In return, he must corrupt three innocents into signing away their immortal souls.
Given limited miracle-making powers, he is assigned three specific cases. They are the adult would-be rock star Summers, teenager Nelson "Nerve” Nordlinger (David Knell), an aspiring motocross champion, and 11-year-old Toby Hart (Adam Rich).
Toby is the hard case. A straightforward and honest kid, he wants only a father, someone nice who will marry his widowed mother, daycare worker Penny Hart (Susan Anspach).
Barney comes along to assist Max in the performance of his duties as tempter. Invisible to all but Max (and, of course, the movie’s audience), Barney passes along advice and commentary, all the while reminding Max of his deadline. As it approaches, Max undergoes a genuine moral transformation.
Under the direction of Canadian-born Steven Hilliard Stern, the film is not the traditional Disney fare. A movie that benefits from sure performances and some deft comic touches, it should appeal to the same people who flocked to see Warren Beatty in the less entertaining Heaven Can Wait.
For years, the Disney name has guaranteed parents that a film contained material suitable for their subteens. Today, though, with the majority of filmgoers in the 18-to-35 age group, the Disney reputation for bland wholesomeness has become a boxoffice liability.
The problem is how to attract the new audience without alienating the old one. The Devil and Max Devlin, an adroit, imaginative attempt to walk that fine line, is worth a look.
*    *    *
HOLLYWOOD’S CANADIAN CONTINGENT MAKES a significant showing in The Devil and Max Devlin, a film directed by Timmins-born Steven Stern. A former Toronto TV director, Stern’s last feature film was the Canadian-made Running (1979), and here he is directing that film’s leading lady, Susan Anspach.
Although Running is hardly a credit to be proud of — a tasteless schlocker, the film was a shameless rip-off of Don Shebib’s finely crafted 1976 feature Second Wind  —   it re-established expatriate Stern’s Canadian industry connection. One beneficiary was Running featured player Chuck Shamata, who has a co-starring role in Max Devlin.

Afterword: The Devil and Max Devlin was director Steven Hilliard Stern’s sixth theatrical feature. The CBC alumnus was part of a generation of Canadian TV-trained filmmakers who made their way to Hollywood in the early 1970s. During a 30-year career, he directed more than 40 made-for-TV movies and 10 big-screen pictures. As noted in the above review, The Devil and Max Devlin was something of an oddment for the Disney corporation. The film was a flop, and the studio didn’t dip its toes into dark fantasy again until 1983 (with Something Wicked This Way Comes), then not again until 1993 (Hocus Pocus).
As for Stern, he shifted back to television. I find it interesting that all of the Ontario-born director’s subsequent theatrical features were shot in Canada. The list includes 1987’s Rolling Vengeance (made in Toronto), 1990’s Love and Murder (also Toronto), 1991’s Money (Montreal) and 1993’s Morning Glory (Vancouver).