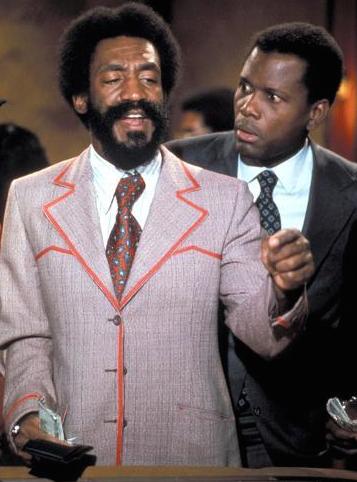 No guarantee of winning


An impressive package of comic talent


History’s file on Bill Cosby, born on this day (July 12) in 1937, contains before and after photos. The "after" image is a mug shot, representing the fact that he is currently serving a prison sentence of up to ten years for “aggravated indecent assault.” His 2018 conviction, called a watershed moment for the #MeToo movement, represents justice for one among some 60 women who came forth to accuse the entertainer of sexual abuse. Forever in its shadow will be our "before" picture of Cosby, the successful stand-up comic, actor, author and positive inspiration to black youth. As the first African-American to co-star on a prime-time TV series — opposite Robert Culp in 1965’s I Spy — he brought about change. He became beloved for his work promoting family values on The Cosby Show (1984-92), where he played Cliff Huxtable, rated “greatest TV dad” in a TV Guide poll. A prominent advocate for education, he held about 70 honorary degrees prior to his fall from grace. And, of course, he was a movie star, often working with his friend Sidney Poitier. The five films being added today to the Reeling Back archive (with links to each following the Afterword to this posting) include director Sidney Poitier’s 1974 after-hours frolic with his buddy Bill, the all-star African-American comedy showcase Uptown Saturday Night

UPTOWN SATURDAY NIGHT. Written by Richard Wesley. Music by Tom Scott. Directed by Sidney Poitier. Running time: 104 minutes. General entertainment. A FEW YEARS AGO, a press release announced the program for a reasonably important film festival in Spain. In stilted English, it explained that one of the scheduled features starred "the distinguished American actor of colour, Sidney Poitier.”
At the time that seemed like a strange, strained turn of phrase. The more open and progressive the movie business becomes, though, the more appropriate that unknown Spanish translator's description becomes.
Poitier, director and star of the current Uptown Saturday Night, is the archetypal "credit to his race." The first black to win a Best Actor Oscar (in 1963 for Lilies of the Field), he is not so much an individual as an institution. His name is synonymous with sincerity and good citizenship.
Still, it is difficult not to harbour a few nagging doubts about his true ability. It is possible that Poitier was little more than fortune's choice, a working black actor at a moment in history when Hollywood desperately needed a living symbol of its New Frontier spirit?
Poitier's  subsequent emergence as a director does little to quiet those old suspicions. His first  project, 1971's Buck and the Preacher, bore a weighty dedication to "those (blacks) whose graves are as unmarked as their places in history:" The film itself was a lightweight comedy-western.
He followed that with A Warm December (1973), romance in which the villain is the black-specific disease sickle cell anemia. On screen, it looked a lot like 1970’s Love Story, and it left the distinct impression that its maker was more commercial than cause-minded, and that Poiter was a better businessman than a filmmaker.
Now comes Uptown Saturday Night, an episodic comedy boasting an all-star cast that "only Sidney Poitier could have gotten together." Its screenplay, credited to Richard Wesley, is based on an original idea by Poitier.
In  it, Poitier appears as Steve Jackson, a factory worker who goes out for a night on the town with his best buddy, cab driver Wardell Franklin, played by the ever-reliable Bill Cosby. They go to the plush, quasi-legal after hours club run by Madame Zenobia (Lee Chamberlin), arriving minutes  before a gang of hooded robbers.
During the raid Jackson is forced to turn over his wallet. The next day, he learns that a lottery ticket, contained in the stolen wallet, is a $50,000 winner. He and Franklin spend the rest of the movie trying to get it back.
This, of course, gives the film's various guest stars the chance to do their turns. Among them are Richard Pryor’s Sharp Eyed Washington, a justifiably nervous private eye, Roscoe Lee Browne’s Congressman Lincoln, an image-conscious politician, and Flip Wilson, as a sermonizing preacher. A series of nice cameo bits, they are totally peripheral to the main plot.
Finally the pair go to the local godfather, Geechie Dan Beauford, played by Harry Belafonte, Poitier's co-star in Buck and the Preacher.  As in the earlier film, Belafonte's exquisitely-timed excesses are the film's brightest comic touches.
Here, he does a splendid takeoff on Marlon Brando's Oscar-winning Don Corleone, complete with stuffed cheeks and broad Mediterranean mannerisms. In the same sequence, Poitier shows his own lack of instinct for the director's role.
As they are talking, assassins sent by rival ganglord Silky Slim (Calvin Lockhart) arrive on the scene. Machine-gun fire reduces the barroom to rubble, with Poitier's cameras recording the destruction in time-stretching slow motion.
Why slow motion? The effect certainly isn't comic. If anything, it only serves to emphasize the sluggish pace of the film as a whole.
Funny in fits, Uptown Saturday Night is really a haphazard variety show. It shows that Poitier can assemble an impressive talent package. In this instance, though, his audience would have been better served if he’d left the direction to someone more capable.

Afterword: For the most part, Sidney Poitier got it right. As noted in the above review, his career was one of firsts, and he bore the burden of being an “American actor of colour” at a time when racial segregation was still the American way. He made his Hollywood film debut in the 1950 crime drama No Way Out, playing a doctor who treats a white racist shot during the commission of a robbery. It established him as a star performer, and he became a familiar presence in movies sympathetic to the emerging civil rights movement. In 1967, he starred in three films that epitomized that “New Frontier spirit”: director James Clavell’s To Sir, with Love, Norman Jewison’s In the Heat of the Night, and Stanley Kramer’s Guess Who’s Coming to Dinner.
As film historians have observed, Poitier felt a serious responsibility to create opportunities for his fellow black actors. When, four years later, Hollywood noted the existence of that talent pool and an urban audience eager to see their work, it introduced the blaxploitation film. Poitier, who had spent a generation challenging old black stereotypes, was less than thrilled with the wholesale creation of a new set of stock characters. He took the opportunity to step behind the camera to make a more nuanced kind of picture for the new audience. Uptown Saturday Night was the third of nine movies he directed between 1972’s Buck and the Preacher and the 1990 Bill Cosby comedy Ghost Dad. Cosby shared Poitier’s desire to make better black movies, and he starred in two other Poitier-directed features: Let’s Do It Again (1975) and A Piece of the Action (1977).