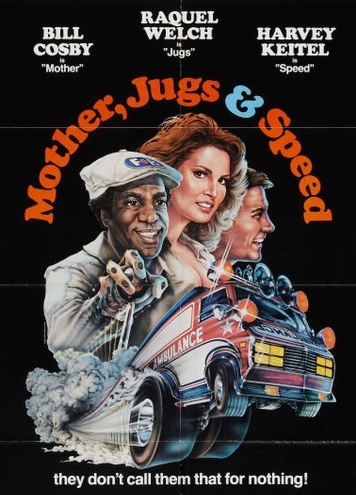 Worth the bumpy ride


History’s file on Bill Cosby, born on this day (July 12) in 1937, contains before and after photos. The "after" image is a mug shot, representing the fact that he is currently serving a prison sentence of up to ten years for “aggravated indecent assault.” His 2018 conviction, called a watershed moment for the #MeToo movement, represents justice for one among some 60 women who came forth to accuse the entertainer of sexual abuse. Forever in its shadow will be our "before" picture of Cosby, the successful stand-up comic, actor, author and positive inspiration to black youth. As the first African-American to co-star on a prime-time TV series — opposite Robert Culp in 1965’s I Spy — he brought about change. He became beloved for his work promoting family values on The Cosby Show (1984-92), where he played Cliff Huxtable, rated “greatest TV dad” in a TV Guide poll. A prominent advocate for education, he held about 70 honorary degrees prior to his fall from grace. And, of course, he was a movie star, often working with his friend Sidney Poitier. The five films being added today to the Reeling Back archive (with links to each following the Afterword to this posting) include director Peter Yates’s 1976 showcase for Cosby’s genuine acting talent, the gritty street comedy Mother, Jugs & Speed.

MOTHER, JUGS & SPEED. Written by Tom Mankiewicz. Music score production by Joel Sill. Produced and directed by Peter Yates. Rated Mature with the B.C. Classifier's warning: Some coarse language. HERE'S AN INTERESTING IDEA for an action-comedy. A big city is looking for a private ambulance company to serve one of its unincorporated suburbs. Two companies apply and are put on probation.
One company is run by a group of community-minded blacks. The other is headed up by a seedy white entrepreneur who assembles a crew of imaginative misfits. The two companies compete for the prized contract in the no-holds-barred, blood-in-the-alleys style of M*A*S*H.
Here's another idea, suitable for an adventure-drama. A young cop, on suspension as a suspected drug dealer, joins a hustling ambulance company whose shady practices include bribery of the police. He is attracted to the company's shapely dispatcher.
The dispatcher, unbeknownst to the cop or to her male chauvinist boss, has been spending her nights trying to upgrade her education. On her own time, she has qualified as a paramedic, and now wants to drive one of the company's Mobile Intensive Care Units.
Here's an interesting challenge for a moviemaker. Combine the above two concepts in a single film. Producer-director Peter Yates took on just such a challenge with the project Mother, Jugs & Speed.
Too bad it beat him.
Audiences are, on the whole, made up of generous folk. They tend to remember the bullseyes — Yates, an Englishman, made his American reputation directing Steve McQueen in the 1968 adventure-drama Bullitt — and forget the bombs. (Yates was also responsible for an awful action-comedy called For Pete's Sake, a starring vehicle for Barbra Streisand.)
Not unexpectedly, then, Mother, Jugs & Speed is a bumpy ride.
Harvey Keitel, who scored impressively in Martin Scorsese's Mean Streets (1973), plays Tony Malatesta, the suspended cop the other drivers nickname "Speed." Raquel Welch, a hard-working performer who gets a lot less credit than she deserves, is dispatcher Jennifer Jurgens, called "Jugs" for obvious reasons.
Together, they’ve drawn the tough job of trying to make the film's few serious scenes work. Their biggest moment comes when a Puerto Rican woman dies during childbirth in the back of their ambulance.
Here, director Yates is reaching for both outrage and pathos, a mixture of emotions that doesn't come off despite their best efforts. Welch and Keitel can't make it happen.
Bill Cosby, on the other hand, can. The unifying link that gives the film its small measure of coherence, he plays Olin "Mother" Tucker, the old hand who drinks beer in the driver's seat, enjoys buzzing street-crossing nuns and wears a Forest Lawn cemetery label on his paramedic's coat.
Cosby's performance, considering the limitations of the screenplay, is brilliant. With expert timing, he plays his scenes for comedy or drama as required. To each he brings a startling, thoroughly satisfying human dimension.
Here, I believe, the credit has to go to Cosby himself. In general, Yates’s films have been cold, mechanical exercises reflecting little real compassion for the characters or their conditions. The director’s lack of warmth is inconsistent with such a fine performance.
Idiosyncratic, tough-talking, yet recognizable as a feeling, sensitive person, Mother has to be Cosby's own creation. It overshadows the film's various defects and shows that he is a first-rate actor as well as a top comedian. It's Bill Cosby who makes Mother, Jugs and Speed worth seeing.

The above is a restored version of a Province review by Michael Walsh originally published in 1976. For additional information on this archived material, please visit my FAQ. >

Afterword: A product of its time and place, Mother, Jugs & Speed remains, well, interesting and well worth seeing for more than just Cosby’s fine performance. There is a defiance about the picture. Its characters represent both diversity and red-neck working-class values. It remains among the very few movies to focus on the trials of EMTs (emergency medical technicians) in an increasingly troubled American health care system. Somewhere on the outer margins of the action-comedy genre, it did not derive its plot conflict from the usual cops and killers or spy versus spy mayhem. Filmed on a shoestring budget by Hollywood standards, it ended up making money for its producers (Peter Yates and Tom Mankiewicz), who never did anything quite like it again.
And one more thing. Though it may not have been in the filmmakers’ calculation, Mother, Jugs & Speed arrived in theatres when pedal-to-the-metal movies were coming into their own. In response to the 1973 oil crisis, the U.S government had proposed a 55-mile-per-hour speed limit (89 km/h), an unpopular measure that Richard Nixon signed into law in January, 1974. The popular culture responded with such screen fare as White Line Fever (1975), Smokey and the Bandit (1977; with sequels in 1980 and 1983), Citizen's Band (1977) and Breaker! Breaker! (1977). Sorcerer (1977) was a remake of a classic French film, 1953's Wages of Fear. F.I.S.T.  (1978) stood for Federation of InterState Truckers, and was a fictionalized account of the life of Teamsters Union leader Jimmy Hoffa. Convoy (1978) was based on a chart-topping pop song. There was even a Canadian contribution to the trend called High-Ballin' (1978). What they all had in common were working men questioning the status quo and coming together via early social media (their CB radios) in acts of citizen rebellion.
Hollywood, leery of anything radical that wasn't clearly fantasy — 1977's top-grossing film was a little game changer called Star Wars — was happy to shift the speed-limit conversation away from rebel truckers to illegal road racers. Taking the example of Death Race 2000 (1975) were such comedic  offerings as The Gumball Rally (1976), and The Cannonball Run (1981; with 1984 and 1989 sequels).