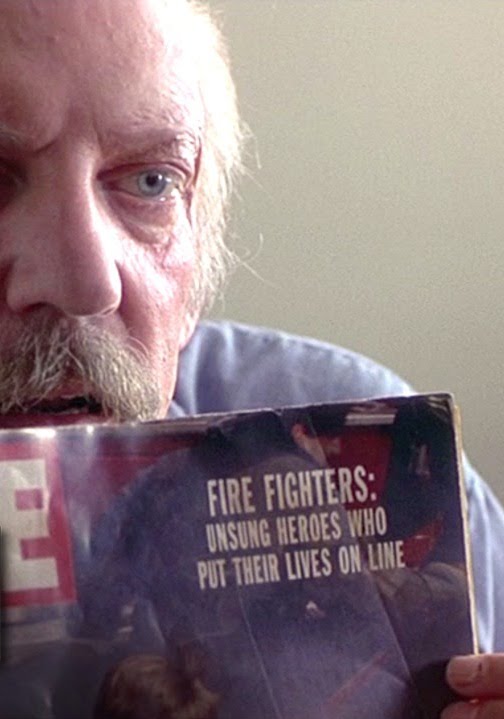 In search of new heroes


It comes as no surprise that there’s an International Firefighter’s Day. In these volatile times, honouring first responders seems only right. The surprise is that today’s commemoration is in no way connected to the events of 9/11, 2001. It’s true that following the collapse of the Twin Towers, the son of a New York fireman who died that day started an online petition for the creation of just such a memorial in the U.S. Though his suggestion gained much public support, no legislative action was ever taken to bring it about. And another surprise. Although three previous American presidents signed proclamations declaring a National Firefighters Day — Ronald Reagan’s was on 11/12,1988; George H.W. Bush’s on 10/8, 1991; and Bill Clinton’s on 12/15, 1993 — it’s never been more than a one-time observance. Today’s date (May 4) made it on to calendars worldwide as the result of a 1999 Australian initiative that followed the deaths of five firemen who were battling a massive brushfire west of Melbourne. May 4 resonates internationally because it is the feast of St. Florian, the fourth century Christian martyr who is the patron saint of firefighters. Today, Reeling Back adds four incendiary titles to its archive (with links to each following the Afterword to this posting). At a moment when the cold war seemed to be over, director Ron Howard heated up screens with fire hall heroics in his 1991 feature Backdraft.

BACKDRAFT. Written by Gregory Widen. Music by Hans Zimmer. Directed by Ron Howard. Running time: 137 minutes. Rated 14 Years Limited Admission with the B.C. Classifier’s warning:some very coarse language, occasional violence, nudity and suggestive scenes. GIVE THE KID A BREAK. Twenty years ago, Brian McCaffrey (Ryan Todd) saw his dad die.
A fireman, Dennis McCaffrey (Kurt Russell) was caught in an explosive Backdraft. A photographer on the scene caught the shocked seven-year-old's anguished expression, a picture that made the cover of Life Magazine.
Today, the kid is something of a mess. A probationary firefighter, the adult Brian (William Baldwin) is attempting to escape the shadow of a hero father and the fearless older brother who followed in their dad's footsteps.
Nobody said it would be easy. To keep an eye on the kid, Lt. Stephen "Bull" McCaffrey (also Kurt Russell) has arranged Brian's assignment to his station, Chicago’s "Fighting 17th."
Let's give director Ron Howard a break.
Although far from perfect, his Backdraft is an honest attempt by a Hollywood insider to face up to the end of the Cold War.
Howard, whose last movie was the spot-on domestic comedy Parenthood (1989), has had the wit to realize that military hot dogs don't cut it as heroes any more. Nevertheless, there remains a market — some would say a need — for guy pictures: tales of teamwork, camaraderie, self-sacrifice and healthy male bonding.
Rising to the occasion, Howard shows us that there are a lot of guys with uncommon physical courage, dedication, high-tech expertise and nicknames in the local fire hall. Or, as the caption on that 1971 Life Magazine cover put it, "Firefighters: Unsung heroes who put their lives on the line."
Singing a new tune isn't always easy. In the process of telling its firemen's tale, Backdraft has difficulty staying on key. When Inspector Donald "Shadow" Rimgale (Robert De Niro) enters the picture, the tune changes from action-adventure to mystery-thriller.
It turns out that someone in Chicago is using planned backdrafts as a murder weapon. Seconded to investigator Rimgale, Brian learns all about "torchies" and "the Animal."
"It's a living thing," Rimgale tells him. "(Fire) lives, it breathes and it hates," the veteran smoke-eater says without a trace of irony.
"The only way to beat it is to think like it."
Later, Brian will have a similarly mystic conversation with imprisoned arsonist Ronald Bartel (Donald Sutherland). He attempts to question the magnificently lucid madman in a scene that almost succeeds in turning Howard's picture into The Silence of the Flambés.
The problem is Gregory (Highlander) Widen's screenplay. An awkward mix of working-class romance, fraternal reconciliation drama and special-effects spectacular, its paint-by-numbers plotline is as transparent as it is energetic.
That said, Backdraft represents a step in the right cinematic direction.

Afterword: It seemed like the right idea at the time. Ever the optimist, I saw in Ron Howard’s 1991 feature an attempt to replace the licenced-to-kill “heroes” of the Cold War era with a better kind of good guy: men of action trained to save lives and mitigate suffering. In the real world, we’d already seen the November 9, 1989 fall of the Berlin wall, an event hailed as the beginning of the end of East-West hostilities. Russian words such as glasnost (openness) and perestroika (restructuring) had entered the language, words connected to the policies of 1990 Nobel Peace Prize winner and Soviet President Mikhail Gorbachev. Indeed, it seemed as if the superpowers were finally giving peace a chance.
This was reflected in the reel world as well. For his eighteenth screen mission,1989’s Licence to Kill, Britain’s James Bond was seconded to fighting the drug war. In 1991’s top-grossing film, Terminator 2: Judgment Day, director James Cameron told us that “the future is not set,” and redeemed his killer robot, turning him into a hero. In another one of 1991’s boxoffice champions, Nicholas Meyers’s Star Trek VI: The Undiscovered Country, screen science fiction's elder statesmen explored the possibility of peace with the Klingons. Also worth remembering is that John Milius’s $30-million Vietnam war epic Flight of the Intruder was one of 1991’s biggest boxoffice bombs.
So, what did I miss? Well, there was that brief dust-up in the Middle East now known as the First Gulf War. It was the big news story from August, 1990 to February, 1991. As it turned out, Washington was less inclined to give peace a chance than Moscow. Or perhaps the U.S. leadership just has a different definition of what the word peace means.