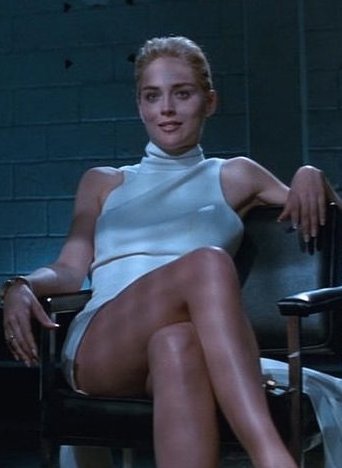 Setting her own agenda


A deadly challenge to the old boys club


If this Reeling Back posting had been made on July 18, it might have noted the 1610 death on that day of Michelangelo Merisi da Caravaggio, the Italian Baroque painter who gave us new ways of seeing art, or the 1817 passing of Jane Austen, the English novelist who was a pioneer of literary realism, especially in the depiction of women. In addition, it would have celebrated the birth in 1938 of Paul Verhoeven, the Dutch director who expanded our ways of experiencing cinema art and whose “career-long project,” (according to Slant online magazine critic Jaime N. Christley) has been “to demonstrate that every woman has a touch of Lysistrata.” Today, it’s November 9, so instead we’ll recall the opening of the 2016 Total Verhoeven event in New York. Organized by the Manhattan-based cinema archive Film at Lincoln Center, it was a 14-day retrospective that included his 16 feature films and five short subjects, each an example of his ability to “push the boundaries of sex, violence, and accepted good taste to daringly subversive ends.” The four Verhoeven films being added today to the Reeling Back archive (with links to each following the Afterword to this posting) include one of his biggest Hollywood hits, the neo-noir classic that represents his return to the fascination with female agency so prevalent in his European features, 1992’s Basic Instinct.

Friday, March 20, 1992
BASIC INSTINCT. Written by Joe Eszterhas. Music by Jerry Goldsmith. Directed by Paul Verhoeven. Running time: 122 minutes. Restricted entertainment with the B.C. Classifier’s warning: frequent gory violence, nudity, suggestive scenes and very coarse language. THE ISSUE IS IDENTITY.
San Francisco homicide detective Nick Curran (Michael Douglas) thinks he's Humphrey Bogart in 1941’s The Maltese Falcon. Murder suspect Catherine Tramell (Sharon Stone) is sure that he's more like William Hurt in 1981’s Body Heat.
"You'll fall in love with me," she warns him following a night of passionate bedroom gymnastics.
"I'm already in love with you," he says with a tough-guy edge in his voice. "But I'll nail you anyway."
Reduced to naked essentials, director Paul Verhoeven's films are all about identity. Since arriving in Hollywood, the Dutch director has made the search for the authentic self his key theme.
Action elements made his 1987 feature RoboCop a big hit. It was the cybernetic lawman's poignant search for his previous life as Alex Murphy that made it  a great movie.
Total Recall (1990) managed to be more successful and less great. Special effects overwhelmed the story of a man desperate to know who he really is — ordinary construction worker Douglas Quaid or a Martian revolutionary leader named Hauser?
With Basic Instinct, Verhoeven returns to the present with a twisted tale of urban violence. It opens with wealthy, retired rock star Johnny Boz (Bill Cable) playing late-night bondage games with a beautiful blonde.
The next morning, Curran is part of the police team assessing the result. Stabbed 31 times with an ice pick, Boz appears to be the victim of a “once in a lifetime, top-of-the-line looney tunes killer.”
The last person to see Boz alive was his regular lover, beautiful blonde Tramell. A cool, calculatingly coarse heiress, she is brazenly bisexual.
"You're wasting your time," Tramell's own beautiful blonde lover Roxanne Hardy (Leilani Sarelle) tells them. "Catherine didn't kill him."
Tramell, as it turns out, has a second identity. As mystery novelist Catherine Woolf, she's already published a book in which a retired rock star dies exactly like Boz.
Her new book, she tells Curran, is about "a detective. He falls for the wrong woman."
"What happens?"
"She kills him."
Forewarned should be forearmed. Unfortunately, Curran doesn't know himself as well as the sexually aggressive, possibly lethal Ms Tramell.
A complex, densely detailed mystery, Basic Instinct is as American a thriller as 1985’s Jagged Edge. Filmgoers familiar with Verhoeven's European work should think of it as the U.S. companion piece to his The Fourth Man (1983), with a large helping of Almodovar's 1986 feature Matador.

The above is a restored version of a  review by Michael Walsh originally published in 1992. For additional information on this archived material, please visit my FAQ.

Afterword: A boxoffice blockbuster, Basic Instinct was the last of Verhoeven’s Hollywood hits. It featured what Slant online magazine critic Jaime N. Christley called the “recurring Verhoeven motifs — humiliated men, (and) objectified women given agency.” It did so in one of the most memorable cinema moments ever, the infamous interrogation scene in which Sharon Stone’s Catherine Tramell uncrosses her legs to reveal her contempt for, and control over a room full of gormless (male) cops. Much ink was spilled praising American screenwriter Joe (Jagged Edge) Eszterhas for his game-changing take on the neo-noir genre. Largely overlooked was the fact that Dutch director Verhoeven had a history of making movies with take-charge female leads.
Verhoeven made his feature debut in 1971 with the urban comedy Wat zien ik (literally What Do I See, but known in English as Diary of a Hooker or Business Is Business), in which the women control the action. The emphasis on female agency just got stronger in his subsequent European features, including Katie Tippel (1973), Spetters (1980), The Fourth Man (1983) and Flesh + Blood (1985]. Sadly, his fourth Hollywood feature, Showgirls, was a critical and commercial disaster. Verhoeven’s second collaboration with Eszterhas, the film told the story of an ambitious teen who makes the journey from stripper to showgirl in Las Vegas. In 1995, the picture’s “revelation” — that the entertainment industry treats women badly — seemed both obvious and distasteful. Today, in the aftermath of the #metoo movement, Showgirls may be worth a second look.