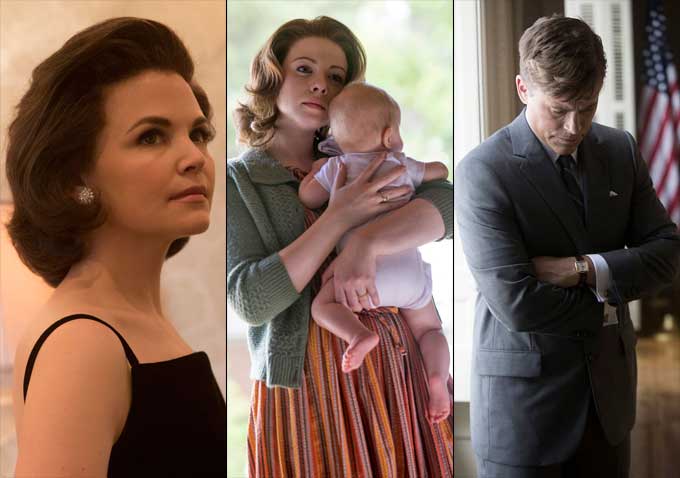 Looking ahead to November 22 — the day that everyone of a certain age can remember exactly where they were when they heard the news — I couldn't help but notice the amount of time television was devoting to programs marking the 50th anniversary of the U.S. presidential assassination.

In the coming days, Reeling Back will recall at least six significant feature films about that day, and the tragedy that left a permanent mark on my generation. Because of my focus on this new website, I wasn't particularly interested in the flood of new TV shows retelling the old story . . .

. . . with one exception. Killing Kennedy caught my eye.

No, it wasn't the fact that it was produced by the National Geographic Channel, or that it was based on a 2012 book bearing the name of Fox News personality Bill O'Reilly (the "with Martin Dugard" credit makes me dubious that the blowhard broadcaster contributed anything more than his Big Name to the 336-page tome).

What gave me pause was the women. As a Once Upon a Time viewer, I recognized Ginnifer Goodwin, cast in the role of Jacqueline Kennedy. As a card-carrying Whedonite, I also recognized Michelle Trachtenberg (Buffy's kid sister Dawn), who was playing Marina Oswald.

OK, you have my attention.

Last night, we looked at the PVR recording, expecting Snow White and the Secret Service. The reality was considerably less imaginative, a reminder that despite the many superb shows out there, Sturgeon's law