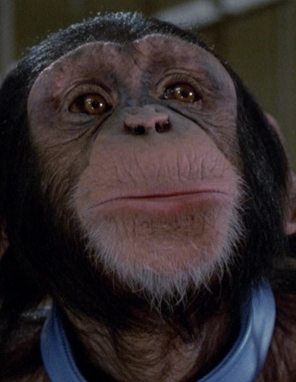 
Signing the beginning of understanding


On this day (January 31) in 2010, Canadian-born director James Cameron’s sci-fi epic Avatar became the first film to gross over $US 2 billion worldwide. The tale of the Na’vi, a humanoid species fighting to save their planet from Earth-based exploitation, it set its record on the annual faux celebration known as National Gorilla Suit Day. And, as befits a holiday with cartoon origins, the event’s where bears no relation to its when. We know that the idea sprang from the brain of a Mad Magazine artist who used it as the name of an original 56-page tale of daft mayhem created for the 1963 paperback Don Martin Bounces Back. When the magazine published a wall calendar in 1979, it said NGSD’s date was March 5, but prolific comic arts blogger Mark Evanier later decided it should be January 31, and that entirely arbitrary date is now accepted by ardent ape-suit aficionados everywhere. Theirs is a community that crosses over with the primate-pictures fandom that has been with us since 1933’s King Kong and Tarzan the Ape Man (1932). That, of course, is Reeling Back’s cue to add four more ape-positive features to the archive (with links to each following the Afterword to this posting), a package that includes director Jonathan Kaplan’s take on the military-misdeeds thriller. Matthew Broderick stars as an airman assigned to a secret chimp training facility in 1987’s Project X.

PROJECT X. Written by Stanley Weiser. Music by James Horner. Directed by Jonathan Kaplan. Running time: 106 minutes. Rated Mature with the B.C. Classifier’s warning: occasional coarse language. AIRMAN JAMES GARRETT (MATTHEW Broderick) is not a lad given to deep thought. We meet him in the brig, where he's been confined for a stunt involving a girl, a bottle of champagne and a stolen aircraft.
As punishment, he’s grounded and assigned to Project X, something involving apes, flight simulators and national security. Garrett is ordered to train a chimp named Virgil (Willie).
A college grad, Virgil is a quick study who expresses himself with some quite deliberate gestures. One day, while watching television in the barrack’s lounge, Garrett spots a familiar series of movements in the closed caption oval.
In a moment of shock and wonder, he realizes the truth. I've been signed!
As written by Stanley Weise from a story by by Lawrence (War Games) Lasker, Project X is a tale of sign and symbol. Consider, for example , your own gut reaction to the film's two tax-supported institutions shown to be engaged in primate research.
First, the Department of Psychology at the University of Wisconsin. Administered by the motherly Dr. Criswell (Jean Smart), it is funded by the National Health Foundation. It employs caring, sensitive grad students like Theresa McDonald (Helen Hunt), who works in a room appointed like a wealthy child’s nursery.
Next, the Strategic Weapons Research Centre on the Lockridge Air Force Base. Run by the Aryan-looking Dr. Lynnard Carroll (Bill Sadler) it it is a Defense Department installation in which uniformed servicemen keep their apes in cellblock-like cages .
You don't have know the purpose of either project to decide who the bad guys are. Though neither place is natural to the jungle-born Virgil, the movie's built-in symbols reassure us that he’s safe with Teri and in terrible danger when, a year later, he’s drafted into the military.
Indeed, good-hearted Garrett is the only one surprised to discover that the air force effort has a sinister secret. Like Star Trek IV’s Admiral Kirk, called upon last year [1986] to save the whales, the young airman is offered an opportunity to champion chimps.
Giving director Jonathan Kaplan’s picture unexpected charm is the care with which it characterizes its ape hero. It is, after all, Virgil’s story, and Kaplan develops it from the chimp's point of view.
Again, symbols are used to evoke a response. It begins on the South African veldt, where the free ape who will become Virgil is seen watching a bird on the wing.
Later, in Wisconsin, he is fascinated with a bird-shaped mobile, and uses a raised-finger sign to indicate flight. Seated in the air force simulator, he’ll use his flight sign to tell Garrett that he understands what the human wants of him.
Kaplan show us that, on his own, Virgil nurtures a dream of flight. The realization of this dream gives an otherwise standard big-bad-government thriller an extra dimension of humanity and warmth.

Afterword: Given the history of apes in the space program — the U.S. launched its first primate astronaut aboard a V-2 rocket in 1948 — it comes as something of a surprise how few movies feature their adventures. The first appears to have been the 1962 Disney comedy Moon Pilot, in which a chimp called Mona accompanies the title character on his mission aloft. Mona is also the name of the monkey who aids a castaway astronaut in the more serious sc-fi drama Robinson Crusoe on Mars (1964). In another comedy, 1965’s Sergeant Deadhead, the title character is a stowaway aboard a rocket whose mission commander is a chimpanzee.
It’s not that primates haven’t been a showy part of cinema history. Since their screen debut in the 1908 silent short The Doctor’s Experiment; or Reversing Darwin’s Theory, actual apes (along with gorilla-suited humans) have demonstrated the ability to provoke shock or laughter and, on occasion, sympathy. King Kong, with a new adventure Godzilla vs. Kong scheduled for release in March (2021), remains the superstar. Even so, the Planet of the Apes franchise remains popular. Though clearly falling into the science-fiction category, its principal characters are not space-faring primates. As a result, the series does not qualify as astrochimp material.