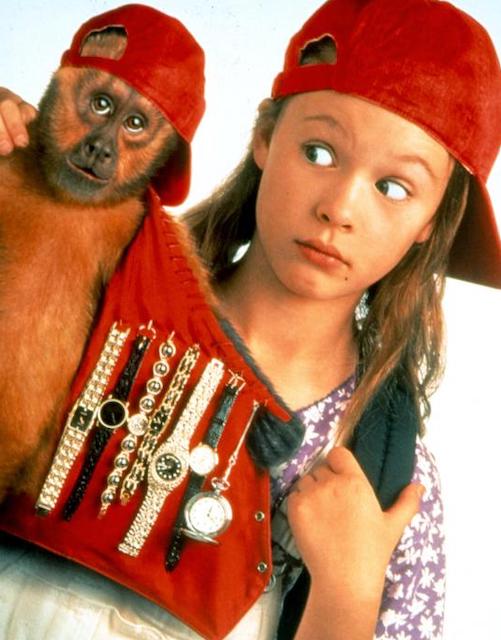 
Neither too silly nor too scary for kids


On this day (January 31) in 2010, Canadian-born director James Cameron’s sci-fi epic Avatar became the first film to gross over $US 2 billion worldwide. The tale of the Na’vi, a humanoid species fighting to save their planet from Earth-based exploitation, it set its record on the annual faux celebration known as National Gorilla Suit Day. And, as befits a holiday with cartoon origins, the event’s where bears no relation to its when. We know that the idea sprang from the brain of a Mad Magazine artist who used it as the name of an original 56-page tale of daft mayhem created for the 1963 paperback Don Martin Bounces Back. When the magazine published a wall calendar in 1979, it said NGSD’s date was March 5, but prolific comic arts blogger Mark Evanier later decided it should be January 31, and that entirely arbitrary date is now accepted by ardent ape-suit aficionados everywhere. Theirs is a community that crosses over with the primate-pictures fandom that has been with us since 1933’s King Kong and Tarzan the Ape Man (1932). That, of course, is Reeling Back’s cue to add four more ape-positive features to the archive (with links to each following the Afterword to this posting), a package that includes director Frank Amurri’s take on the "mischievous friend from the wild" comedy. Thora Birch is the human half of the odd couple in his family-friendly 1994 feature Monkey Trouble.

MONKEY TROUBLE. Co-written by Stu Krieger. Music by Marc Mancini. Co-written and directed by Franco Amurri. Running time: 96 minutes. Rated General. GATHER ROUND, KIDS.
It's time for a story from your Uncle Harvey. Timed for your spring break is Monkey Trouble, the heartwarming story of a little girl's adventure with a mischief-making runaway.
Uncle Harvey is, of course, Bugsy's buddy Harvey Keitel. Here, he stars as Arzo, a gold-toothed gypsy organ grinder who's trained his capuchin monkey Fingers (Finster) to pick pockets and steal money from people's bedroom dressing tables.
Your mom and dad know all about Uncle Harvey. Tell them to relax.
Tell them that the Bad Lieutenant [1992] is on leave from the Mean Streets. [1973]. A movie that is fun and full of healthy little lessons, Monkey Trouble is more like a stroll down Sesame Street.
Uncle Harvey did it because he has a little girl of his own. One day, she said to him, "when are you going to make a movie I can see?"
Franco Amurri, who wrote and directed it, has a daughter, too. When she was eight, she wanted a dog.
Her dad talked to her about it, and then turned the idea of taking care of a pet into the Monkey Trouble story.
In the movie, Thora Birch (the kid that Bette Midler wanted "on toast" in last July's Hocus Pocus) plays Eva Gregory. When Fingers runs away from his owner, he meets Eva, a nine-year-old who wants a dog.
Her mother Amy (Mimi Rogers) says Eva can't have one because she is disorganized. Besides, her stepfather Tom (Christopher McDonald) is allergic to animals.
When she meets Fingers — she calls him Dodger — Eva decides to keep him. But she will have to keep him a secret.
To do that, though, Eva has to change her habits. To keep her mom out of her room, she has to keep it neat and tidy, and stay out of trouble.
Trouble is coming, though, in the form of the unhappy organ grinder who is searching for his monkey. There will also be trouble when Eva discovers that Dodger has been stealing from people and hiding the loot in her room.
Eva's "adorable little creature" misbehaves just like the treacherous monkey that attached itself to Indiana Jones's friend Marion in Raiders of the Lost Ark. Like Marion, Eva even finds herself in some danger.
You can tell Mom and Dad that both Uncle Harvey and director Amurri are careful to keep things from getting too silly or too scary. Eva is a good kid and her parents, including her real dad, an airline pilot named Peter Boylan (played by Kevin Scannell), all love her a lot.
The monkey, to his credit, is no Nazi. All of which makes Monkey Trouble a better-than-average bet for a family film outing.

Afterword: Uncle Harvey? OK, I may have laid it on a little thick, but you have to realize that when 1994's Monkey Business arrived in theatres, Harvey Keitel’s presence in a movie practically guaranteed raw content. One busy actor, he seemed to specialize in rogue cops (1992’s Bad Lieutenant and The Young Americans, 1993) and violence-prone gangsters (1991’s Bugsy; also Reservoir Dogs and Sister Act, both 1992). I did my best to reassure parents that this was a family-friendly feature.
Monkey Business was 11-year-old Thora Birch’s sixth feature film. Already a seasoned professional, she made her acting debut at the age of four in a 1987 Quaker Oats TV commercial. She honed her skills playing principle roles on such network sitcoms as Day by Day (1988) and Parenthood (1990). She is perhaps best remembered for her award-nominated performances in director Jack Mendes’s American Beauty (1999) and Terry Zwigoff’s Ghost World (2001). It should come as no surprise, then, that she is the daughter of performer parents. The surprise is the corner of the entertainment industry in which they gained their fame.
The story emerged during the renewal of press interest in just about everything to do with the 1972 boxoffice phenomenon Deep Throat following the 2002 death of its star, Linda Lovelace. It was broken locally by Robin Bougie  in the January 2003 edition of his adult film journal Cinema Sewer, who told us that Thora Birch “has pornstar parents . . . Carol Connors and Jack Birch.” Bougie’s investigative piece notes that her mom and dad had performed in Deep Throat and “both quit the adult industry in 1982, the year their daughter Thora was born.” In an indication of the changing times, it proved to be no impediment to her career advancement.