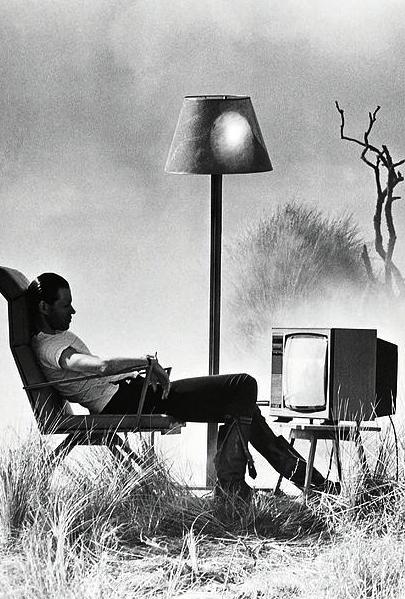 
“The job of the artist,” Marshall McLuhan told us in 1973, “is to upset all the senses, and thus provide new vision and new powers of adjusting to and relating to new situations.” Sixteen days from now (Thursday, December 12) British voters go to the polls in an election likely to mark the end of “Great” Britain. True to their McLuhanian task, artists have been warning of just such a decline for decades. On this day (November 26) in 1976, the Sex Pistols released their debut single “Anarchy in the U.K.”, launching the musical movement known as punk rock. If the Beatles, all born during the Second World War, embodied their era's optimism, the Boom Generation’s Pistols (all born in the mid-1950s) represented pop cultural pessimism. While Americans were celebrating their bicentennial, the English were shaken by race riots at the Notting Hill Carnival, a fixture from the days of “Swinging London.” There are those who would argue that the United Kingdom that came together in 1706 will soon join the British Empire as an historic memory. Artists, for all their insights, are an inward-looking lot. Not surprisingly, their stories are often self-absorbed, much like the four unmistakably English films being added today to the Reeling Back archive (with links to each following the Afterword to this posting). Director Alan Parker makes his contribution to the rock-opera genre with his adaptation of a concept album, the 1982 live-action-plus-animation feature Pink Floyd: The Wall.

PINK FLOYD: THE WALL. Written by Roger Waters. Music produced by Roger Waters, David Gilmour and James Guthrie. Directed by Alan Parker. Running time: 95 minutes. Restricted entertainment with the B.C. Classifier’s warning: frequent gory violence, occasional suggestive scenes. IT'S QUITE SIMPLE, REALLY. Pink Floyd: The Wall is about a maladjusted musician who doesn’t like mirrors, television sets or women.
It is the work of a filmmaker who is overly fond of extreme close-ups, blood and broken glass. Director Alan Parker developed the project because he felt that Pink Floyd’s 1979 double album The Wall "had a narrative sense."
Well, why not? Norman Jewison, inspired by the Tim Rice/Andrew Lloyd Webber album Jesus Christ Superstar, produced a cinematic masterpiece. Ken Russell’s response to The Who's Tommy was another burst of screen brilliance.
Parker, unfortunately, was neither brilliant nor inspired. His The Wall is a dull, derivative period piece that reeks of nostalgia for the emotional polarizations of the 1960s.
His dramatic strategy is to play the album as background to a succession of images. These images are supposed to tell us the story of Pink (Bob Geldof, in real life the lead singer with the Boomtown Rats and a former music editor of Vancouver’s weekly Georgia Straight).
Pink, an out-of-sorts pop star, is closeted in a hotel room. He sits staring past the TV set, brooding. We share his inner thoughts, a selection of his life's significant moments.
Pink's father (James Laurenson), a British officer, died during the Second World War battle for Anzio. His mother (Christine Hargreaves) was a distant woman who never understood his needs. His teachers mocked his sensitivity, and his wife (Eleanor David) insisted that their marriage include occasional sexual contact.
What's a poor superstar to do? Walled in by such awesome and unsettling social forces, Pink shaves his eyebrows and retreats within himself. There, he indulges his taste for violent, mysogynistic and fascistic fantasies.
Do we need this? In his 1972 book Mindfuckers, Pulitzer-prize nominee David Felton studied "the rise of acid fascism in America." The ideas Felton and his colleagues documented had already found dramatic expression in a number of feature films, most notably Peter Watkins’s 1967 rock parable, Privilege.
It’s difficult to get excited about Parker’s pretentious restatement of such old ideas. Making matters worse is the fact that Pink, his central character, is utterly unsympathetic.
Jewison and Russell had sense enough to build their pictures around strong, positive figures. Parker insults filmgoers by asking us to waste our time watching a jerk.
*    *    *
"Don’t we get cartoons?" someone said loudly as the preview screening of The Wall started Thursday evening.
Yes. As a matter of fact, there are about 15 minutes of animation included in the feature. Conceived and directed by Britain’s Gerald Scarfe, it's the best part of the show.
Animation, as Ralph (Fritz the Cat) Bakshi knows, is a medium well suited to outrageous, overstated fantasy. The Wall could have used more of it.

The above is a restored version of a Province review by Michael Walsh originally published in 1982. For additional information on this archived material, please visit my FAQ. >

Afterword: Both Alan Parker and Bob Geldof were capable of better things. Although the director’s other 1982 release, the domestic drama Shoot the Moon, was a disappointment, he went on to produce a powerful cinematic study of PTSD in 1984’s Birdy, a crime thriller set in the civil rights era (1988’s Mississippi Burning) and, in a return to the world of music, an Irish soul comedy, The Commitments (1991). His opinion of the Brexit vote can be inferred from the fact that that from 2013 to 2019 he served as President of the Brussels-based FERA (Federation of European Film Directors).
As the lead singer of the Boomtown Rats, Irish-born Bob Geldof brought genuine punk-rock cred to his role as the catatonic superstar Pink. Unlike his contemporary Sid Vicious, though, Geldof chose not to embody the movement’s anarchic fantasy. That, in large measure, he credits to his 18 months (1973-1975) in Vancouver, where he worked as a reporter covering music for the city’s alternative entertainment weekly, the Georgia Straight. Canada “gave me great confidence," he told The Globe and Mail’s Marsha Lederman in a 2009 interview. "The fact that the ideas I had worked, and I was allowed to get on with it, and that failure was not vilified or shameful, I got that from here . . . Without Vancouver, my life as Bob just wouldn't have happened."
That life included forming the Boomtown Rats in 1975, and becoming a serious social activist. When he received his knighthood from Her Majesty Elizabeth II in 1986, it was not for the usual “service to music” (aristo code for having made a lot of money for the industry), but “in recognition of his humanitarian activities.” Not unexpectedly, Geldof was one of the most vocal Remain supporters in the run-up to the 2016 Brexit referendum, describing leaving the European Union as the "greatest act of self-harm in British history.” He is still against it. In a September 24 interview he told the New Zealand Herald’s Chris Reed that “It's got worse. It's almost become a mania. Whatever reasons there were for it in the first place, it's moved well beyond that . . . It's — this is the wrong word, an inappropriate word — the most exciting time in politics I've ever lived through, and I've lived through a lot, and been involved with a lot, but this is nuts beyond nuts, beyond belief."