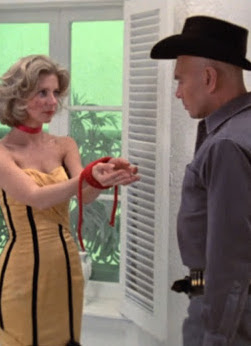 
Outraging our sense of the sensible


Here’s a surprise. VCON, the Vancouver region’s more-or-less annual science fiction convention, and Creation Entertainment, the for-profit producer of fan conventions, were both launched in 1971. The Vancouver event drew from a tradition of fan-run gatherings that began in the late 1930s. Organized by unpaid volunteers, it celebrated speculative fiction and honoured favourite authors. Although it’s grown over the years to include an eclectic mix of artists, gamers, costumers and science buffs, VCON exists because of the unpaid labour of its members. By contrast, Creation was founded by two young New Yorkers who saw big money in organizing comic book fan conventions. Their company’s big break came in 1991, when Paramount Pictures granted it the right to present “official” Star Trek events. Much criticized by the traditional sci-fi fan community, it has made packaging arena-based media franchise conventions into a business. Yesterday (October 27), Creation’s three-day Supernatural Official Convention opened in New Orleans’s Morial Convention Centre with all of the principal cast members of the Vancouver-shot TV series in attendance. Today (October 28), the two-day VCON 41½ — a “Relaxicon” — is being held at Surrey’s Vancouver Guildford Sheraton Hotel. Neither event’s program devotes any time to a discussion of the dark vision of interactive entertainment contained in director Richard Heffron’s 1976 feature Futureworld.

FUTUREWORLD. Written by Mayo Simon and George Schenck. Music by Fred Karlin. Directed by Richard Heffron. Running time: 107 minutes. General entertainment. THE LITTLE GREEN MEN aren’t stupid. According to popular tradition, the first thing an LGM says to an Earthman is "Take me to your leader.”
They could use a few LGM in Hollywood. LGMs would make fine script consultants, because they would ask all the questions that writers of screen science fiction so often ignore:
What’s going on? What’s the big idea? Who’s in charge here?
Futureworld is one expensive project that needed such close questioning. It’s difficult to tell what motivates Chuck Browning (somnambulistically played by Peter Fonda) the movie’s more-or-less hero. He is introduced as the newsman who broke the story on the robot rebellion in Westworld two years earlier.
Futureworld is, of course, the sequel to that 1973 film, writer-director Michael Crichton’s update on Frankenstein. A movie apparently inspired by the mechanical actors in the two Disney theme parks, Westworld was set in an automaton-run resort called Delos, a multi-domed leisure city for the undeserving rich.
New and improved since the problems rather prosaically chronicled in Westworld, Delos has retooled and reopened. It’s now 1985 and the media, in the persons of Browning and television commentator Tracy Ballard (Blythe Danner) are invited to satisfy themselves that the place is safe.
After a murdered Delos technician dies in his arms on the morning of their visit, Browning finally smells a rat. Why is Delos, an operation that specializes in producing remarkably life-like human simulacra, so interested in attracting international political and industrial leaders?
Obviously Browning missed the point of 1975’s The Stepford Wives. He probably never read Ray Bradbury’s 1950 short story Usher II.
Futureworld’s story, credited to Mayo Simon and Geoge Schenck, was worth about 28 minutes of screen time and would have worked nicely as a half-hour Twilight Zone episode. Here, it is stretched to an over-decorated 107 minutes.
The padding ranges  from the outrageous — a long dream sequence in which Ballard enjoys an inexplicable erotic tryst with the Westworld gunslinger robot (Yul Brynner, in aluminum-coloured contact lenses) — to the plain ridiculous. We’re expected to believe in samurai robots materializing, Star Trek-like, out of thin air.
Incidents are piled one upon the other without making any sense. Under Richard Heffron's direction, the film takes leave of its logic early and never looks back. We never find out who's in charge, or why.
It's interesting that the makers of occult films, whose stock in trade is mysticism, are taking great care these days not to outrage the filmgoer’s sense of the sensible. The science-fictioneers, on the other hand, don’t seem to give a damn.
Satisfied with a succession of brightly flashing lights and a hint of sinister intent, the makers of Futureworld obviously have little regard for their audience. It’s enough to make an LGM turn red.

Afterword: Although the phrase “artificial intelligence” wasn’t in common use in 1976, fears about self-aware computers and robots have been part of the popular culture throughout the 20th century. In 1968, we’d met HAL 9000, director Stanley Kubrick’s anti-heroic CPU in 2001: A Space Odyssey, and two years later encountered Colossus, a U.S. supercomputer who makes common cause with his Soviet  counterpart Guardian to guarantee world peace in Joseph Sargent’s Colossus: The Forbin Project. Though friendly robots had starring roles in George Lucas’s 1977 sci-fi blockbuster Star Wars, Futureworld’s sinister view of our tech creations is the genre’s default position since at least 1926, the year of Fritz Lang's Metropolis.
It’s a view that reflects the high-tech pessimism of novelist and moviemaker Michael Crichton, the creator of 1973’s Westworld. Crichton revisited the theme of big business using tech to deadly advantage in his 1981 film Looker. He told the story of a future cop who specializes in taking down defective automatons in 1984’s Runaway and offered another look at the intersection of science, entertainment and corporate greed in the book Steven Spielberg adapted to the screen as Jurassic Park (1993).
Although I could not recommend Futureworld as anything like a good movie, I might have made more of its core idea. There was something moderately brave about suggesting that an American corporation was not above using entertainment as a tool of its business agenda. Replacing the world’s movers and shakers with programmable machines strikes me as a pretty good metaphor for the state of affairs we find ourselves in today. Futureworld was released in the same week of 1976 as Logan’s Run, and the two films were reviewed together. The above item restores the Futureworld portion of that longer feature.