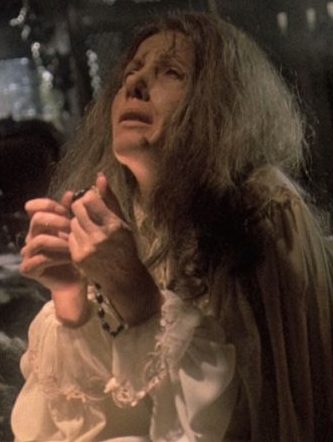 
More an allegory than shock machine


My dearest Daughter.
Thank you for insisting that I finally read Dracula. As you most certainly know, today (November 8) is the anniversary of author Bram Stoker’s 1847 birth in the Dublin suburb of Clontarf. There appears to be truth in the claim that the Irish “have a way with the words.” Much to my delight, I found his novel far more readable than I’d expected of a work first published in 1897. The story told in the book is actually quite different from the plot of its authorized stage adaptation, the 1924 stage play produced after Stoker’s widow granted a licence to Irish actor-playwright Hamilton Deane, an old acquaintance of her late husband from his days as a London stage manager. The book is written in the epistolary style, a technique that 18th century novelists used to make their fiction more real. In the case of Dracula, Stoker shares with the reader entries from his characters’ journals, diaries, letters and, in something of a surprise, phonographic recordings. It certainly deserves its reputation as a work of literature, unlike so many of the potboiler pop culture artifacts that have taken the vampire count’s name in vain (vein?).
— Your loving Father.
P.S. Today, I am adding six feature films inspired by Stoker’s work to my Reeling Back archive (with links to each following the Afterword to this dispatch). Borrowing his name, but not his story, is director Peter Sasdy’s 1971 Freudian fairy tale about the horrors of aging, Countess Dracula.

Afterword: Set in “swinging London,” Alan Gibson’s Dracula, A.D. 1972 was released in late 1972. Although it wasn’t particularly successful, it counts among its fans director Tim (Beetlejuice) Burton, who said in a 2015 interview that it was one of his favourite films. It was followed a year later by The Satanic Rites of Dracula, which had been filmed as Dracula is Dead and Well and Living in London. Both pictures starred Christopher Lee and Peter Cushing reprising their most familiar roles, Dracula and his nemesis Van Helsing. (A Mel Brooks comedy called Dracula: Dead and Loving It made it into release in 1995, with Leslie Nielsen wearing the cape and fangs. But that’s another story.)
The London, Ontario-born Gibson, who learned his craft in British television, made his feature film debut directing Crescendo, a 1970 psychological thriller, for Hammer Films. Dracula, A.D. 1972 was his third feature and second under contract to Hammer. Unfortunately for Gibson, the studio was facing serious financial problems. In the U.S., the taste for gothic horror was proving less popular than such present-tense shocks as 1968’s Rosemary’s Baby and The Exorcist (1972). In 1974, Hammer released just five pictures, including the ninth and last of its Dracula series, The Legend of the 7 Golden Vampires, a co-production with Hong Kong’s Shaw Brothers. In 1975, it released none at all. To all intents and purposes, it was over. Founded in 1934, Hammer Films ceased production in 1979. Gibson returned to TV direction, working until his death in 1987 at the age of 49.