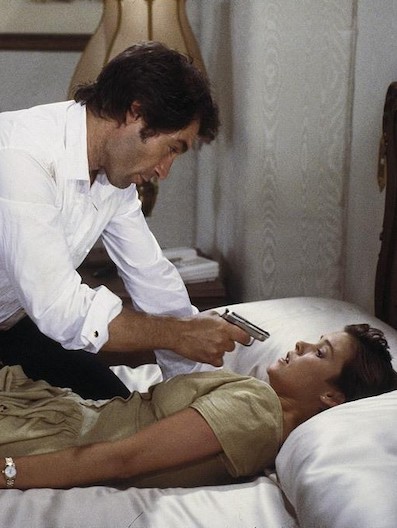 
On this day (February 17) in 1952, vacationing London newspaper executive Ian Fleming began writing his first novel, a spy thriller that he would call Casino Royale. The moment is recalled in the opening scene of the 2014 TV miniseries Fleming: The Man Who Would Be Bond, where we are told that the former Royal Navy intelligence officer is on his honeymoon. Not quite. In truth, the 43-year-old bachelor was some five weeks away from his March 24 marriage to his long-time mistress Ann Charteris. In common with most of the show’s biographical details, the scene had a Flemingesque “precedent in truth.” His creation, MI6 operative James Bond, was more a secret policeman than a spy, but the self-centred character proved to be a perfect fit with the post-Second World War “Me” generation. Making his literary debut the same year as Playboy magazine, he offered the sort of brand-conscious “entertainment for men” that passes for sophistication in a consumer culture. In 1961, Canadian producer Harry Saltzman optioned the film rights to Fleming’s Bond novels and, a year later, the movie franchise was born with the release of director Terence Young’s Dr. No. To date, there have been 25 features, with a 26th (the much-delayed No Time to Die) scheduled to arrive in October. Today, we’ll add five Bond titles to the Reeling Back archive (with links to each following the Afterword to this posting), a package that includes director John Glen’s fifth (and final) contribution to the series, 1989’s Licence to Kill.

LICENCE TO KILL. Written by Michael G. Wilson and Richard Maibaum. Based on characters created by Ian Fleming. Music by Michael Kamen. Directed by John Glen. Running time: 133 minutes. Rated 14 Years Limited Admission with the B.C. Classifier’s warning “some violence, occasional coarse language." FOR FRANZ SANCHEZ (ROBERT Davi), it’s personal.
“There’s something you must understand, amigo,” the Latino drug Lord tells an American associate. “Loyalty is more important to me than money.”
For Royal Navy Commander James Bond (Timothy Dalton), it's just as personal.
Unfortunately, M (Robert Brown) doesn't understand.
He can see that Bond, Britain’s best covert agent, is darkly determined to terminate Sanchez. Even so, bone-headed bureaucratic M refuses to listen.
“Oh, spare me this sentimental rubbish,” he tells 007. “You have an assignment.”
Holding loyalty to a friend more important than his commission, Bond promptly resigns from Her Majesty’s secret service. “Effective immediately,” snaps M, your Licence to Kill is revoked.”
For John Glen, 57, directing Bond films has turned into a career. The former film editor has been a series regular for 20 years, beginning as a second-unit (action) director on On Her Majesty’s Secret Service (1969).
His own directorial debut came in 1981, with For Your Eyes Only. Today, with five Bond features to his credit, Glen ranks as the single most prolific of the 007 directors.
His Licence to Kill, the 16th Bond epic (or 18th, if you include 1967’s “unofficial” Casino Royale and Never Say Never Again from 1983) is Glen’s personal best to date, and a solidly entertaining entry in the long-running series.
A director with little aptitude for comedy, Glen has come into his own since intense, athletic Timothy Dalton replaced the self-mocking Roger Moore in the Bond role.
Together, they’ve moved the series in the direction of greater realism and more involving plots. Today’s Bond is in closer touch with headline events.
Their first collaboration, 1987’s The Living Daylights, neatly drew together superpower intrigue and the Soviet war in Afghanistan with a crew of villains right out of the Iran-Contra hearings. Dalton, in his 007 debut, displayed a dutiful passion and a Boy Scout-like responsibility toward his women.
As written by Richard Maibaum and Michael G. Wilson, Licence to Kill allows him to develop both aspects of the character. Here, Bond goes freelance, a rogue agent in pursuit of the most powerful pusher in the Americas.
Not since Sean Connery’s Bond (in 1971’s Diamonds Are Forever) set out after Ernst Stavro Blofeld to avenge the death of his bride (in On Her Majesty’s Secret Service) has 007’s mission been so bloody-minded or compelling.
In keeping with the times,Bond forms a working partnership with a capable, self-reliant woman, a former U.S. Army pilot named Pam Bouvier (Carey Lowell). In keeping with series tradition, Ms B. is as beautiful as she is intelligent.
Glen’s action sequences are, as usual, first-rate. On this round, though, they are integral to the plot rather than set pieces, and make a real contribution to the dramatic momentum.
Licence to Kill is an unauthorized assignment that's sure to find favour with Bond loyalists.


*     *     *
BUTT OUT WITH BOND — The new, responsible James Bond has a message for his fans. It’s contained in the Licence to Kill end credits, and it says;
“As tobacco products are used in this film, the Producers wish to remind the audience of the Surgeon General’s warning: Smoking causes lung cancer, heart disease, emphysema and may complicate pregnancy.”

Afterword: As it turned out, Licence to Kill was the end of an era for the Bond franchise. It was John Glen’s fifth (and last) turn in the director’s chair. A former film editor, Glen managed to set the record for franchise features directed. It was also actor Timothy Dalton’s farewell to the series. With the exception of the Australian-born George Lazenby’s single outing (in 1969’s On Her Majesty’s Service), Dalton’s two appearances were the shortest run for any actor in the Bond role. And, significantly, it was based on the last of the Fleming-authored novels available for adaptation. Going forward, the franchise would be inspired by new material.
For those keeping score, the first actor to play James Bond was an American. Barry Nelson (1917-1989) starred in an hour-long 1954 adaptation of Casino Royale, the third episode in the CBS-TV anthology series Climax! The Scottish-born Sean Connery (1930-2020) was the big screen’s first Bond. He made his debut in the role in 1962, doing it a total of seven times. An actual Englishman, David Niven (1910-1983), did it once, starring in 1967’s non-franchise Casino Royale, followed two years later by Aussie George Lazenby (b. 1939), as noted above. The London-born Roger Moore (1927-2017) was Bond in seven pictures before Welshman Timothy Dalton (b. 1946) made his two. The next four had Irishman Pierce Brosnan (b. 1953) in the role. The current Bond is Daniel Craig (b. 1968), another Englishman, whose fifth 007 feature, No Time to Die, is scheduled for release in October, 2021.