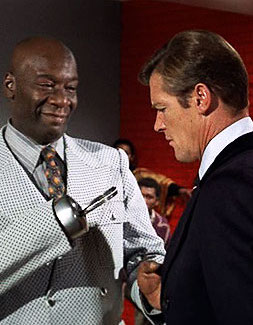 
Placing the emphasis on action


On this day (February 17) in 1952, vacationing London newspaper executive Ian Fleming began writing his first novel, a spy thriller that he would call Casino Royale. The moment is recalled in the opening scene of the 2014 TV miniseries Fleming: The Man Who Would Be Bond, where we are told that the former Royal Navy intelligence officer is on his honeymoon. Not quite. In truth, the 43-year-old bachelor was some five weeks away from his March 24 marriage to his long-time mistress Ann Charteris. In common with most of the show’s biographical details, the scene had a Flemingesque “precedent in truth.” His creation, MI6 operative James Bond, was more a secret policeman than a spy, but the self-centred character proved to be a perfect fit with the post-Second World War “Me” generation. Making his literary debut the same year as Playboy magazine, he offered the sort of brand-conscious “entertainment for men” that passes for sophistication in a consumer culture. In 1961, Canadian producer Harry Saltzman optioned the film rights to Fleming’s Bond novels and, a year later, the movie franchise was born. To date, there have been 25 features, with a 26th (the much-delayed No Time to Die) scheduled for release in October. Today, we’ll add five Bond titles to the Reeling Back archive (with links to each following the Afterword to this posting), a package that includes Roger Moore’s debut as Bond in director Guy Hamilton’s 1973 pivot to the comedic, Live and Let Die.

LIVE AND LET DIE. Written by Tom Mankiewicz. Music by George Martin. Directed by Guy Hamilton. Running time; 121 minutes. General entertainment. IN THE BEGINNING, THERE was Bond, a paperback hero and a film project of unknown strength. Then there was success.
Overwhelming success.
The code number 007 entered the language, and secret agents were everywhere, clamouring for attention. There were Flints, Helms, and Palmers, each with his own series, some ersatz Bonds in a sidebar effort called Casino Royale [1967], and one-shots too numerous to remember.
All are gone. All that is, except 007 himself. Bond remains, returning yet again in a film whose name seems to sum up the cinema's superspy decade: Live and Let Die.
It's been 10 years since Dr. No  first tangled with England's most famous secret agent, and the current film shows just what those years have done. For the first time, the original Bondsmen — the production team of Harry Saltzman and Albert Broccoli —are offering their fans a flat-out comedy.
Live and Let Die, the eighth film in the series, is hilarious. It is deliberately funny like no previous Bond film, returning for inspiration to the spirit of the Keystone Kops and Roadrunner cartoons.
It had to, for two very powerful reasons. The first was the original material; the second was Roger Moore, starring as James Bond Mark III.
Live and Let Die, written in 1954, was Ian Fleming's second Bond novel. It had as its villain a black mobster loyal to SMERSH. It drew a picture of the black underworld that no modern moviemaker with an eye to a multi-racial American audience could touch.
Taking the material in hand, screenwriter Tom Mankiewicz threw out SMERSH completely. His story introduces a black organization intent on taking over all U.S. drug traffic. Mr. Big (Yaphet Kotto) is quite capable of doing both his own thinking and acting.
Taking off on the recent [1973] flood of black adventure films, Mankiewiez parodies the jive cats, superspades and Afro-awares that have suddenly become such familiar screen characters. He shows us Big using all the clichés as a front, behind which his efficient and highly ambitious criminal schemes unfold.
The schemes, and the action resulting from them, are thrust constantly to the fore. Roger Moore, the "new"  James Bond, is slipped into the role as quietly as possible, a lesson the filmmakers learned from their experience with George Lazenby, a.k.a. Bond Mark II.
Lazenby could not have drawn a more thankless assignment. Released in 1969, On Her Majesty’s Secret Service is unique among the Bond films in that 007 actually falls in love and marries. A romance, it was the emotional high point of the series to date. Lazenby, a newcomer to the role was asked to make it work.
The last film, 1971’s Diamonds Are Forever, offered the sight of Bond Mark I (Sean Connery) in a murderous, vengeance-seeking rage for the ill done to the more soulful Bond Mark ll by the villain Ernst Stavro Blofeld.
Connery, of course, was the perfect Bond. His contempt for the role came across on screen as the only attitude a man in Bond’s position could have. When Mark I made a bad joke, everyone knew he knew it was a bad joke. When Mark III makes a bad joke, though, there is the impression that the Moore-Bond actually thinks he's being witty.
Director Guy Hamilton, veteran of the Goldfinger (1964) and Diamonds Are Forever projects, seems to have realized that the only way to break in a new Bond is gently. His strategy is to keep the spotlight off the Bond character and on the action.
If Roger Moore is an indifferent James Bond (and he is), give the fans a smashingly good James Bond film.
And it is. Early In the script process, someone realized that Bond's licence to kill was considerably less impressive than his freedom to break traffic laws. Moore at the controls of a wildly careering vehicle doesn't have to act, but the situation generates thrills and laughter.
Among his motorized exploits are a drive through New York in a runaway car, a chase across a Caribbean Island in a double-decker bus, an airport escape in a commandeered private plane and the most thrill-filled, laugh-a-minute power boat chase ever put on film.
In most of the previous Bond films, the main excitement tends to take place on guarded estates or within hollowed-out mountains, Here, members of the public are not only spectators, but often unwilling participants.
On the one hand, there is Bond, happily leaving destruction in his wake; on the other is CIA agent Felix Leiter (David Hedison), attempting to mollify outraged local police and taxpayers in the name of international co-operation.
It's fresh, it's far out and it's funny. In its way, it is also a phenomenon. With eight films in the can, the Bondsmen have yet to make a bad one.
With four books (five, if you count Kingsley Amis's 1968 post-Fleming opus, Colonel Sun) left to go, and Roger Moore eased painlessly into the part, there's lots to look forward to. In the meantime, Live and Let Die keeps James Bond alive, and does it rather well.

Afterword: Back in September of 2017, the Economist magazine’s Bagehot columnist asserted that “Few countries have dominated any industry as Britain has dominated the industry of producing fictional spies.” His thought-provoking analysis said that “Britain invented the spy novel with Rudyard Kipling’s dissection of the Great Game in Kim and John Buchan’s adventure stories.” He then noted the number of actual English intelligence operatives who later became genre writers, a list that includes Somerset Maugham, Graham Greene, Roald Dahl, David Cornwell (as John le Carré), Frederick Forsyth and, of course, Ian Fleming. “It is, he suggested, “as if the secret services are not so much arms of the state as creative-writing schools.”
It’s an intriguing notion, all the more so because of the importance of the popular culture in shaping social narratives. I recalled Bagehot’s insights a few nights ago, after catching up to director Francis Lawrence’s 2018 feature film Red Sparrow on TV. Adapted from a novel by former CIA career officer Jason Matthews, its story retails all the cold war stereotypes in a slick new package. And, despite being a Hollywood thriller based on the work of an American author, its tale of “sexpionage” is entirely beholden to the work of all of those Brits dedicated to King/Queen and Empire.