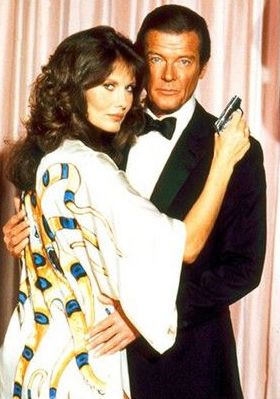 
On this day (February 17) in 1952, vacationing London newspaper executive Ian Fleming began writing his first novel, a spy thriller that he would call Casino Royale. The moment is recalled in the opening scene of the 2014 TV miniseries Fleming: The Man Who Would Be Bond, where we are told that the former Royal Navy intelligence officer is on his honeymoon. Not quite. In truth, the 43-year-old bachelor was some five weeks away from his March 24 marriage to his long-time mistress Ann Charteris. In common with most of the show’s biographical details, the scene had a Flemingesque “precedent in truth.” His creation, MI6 operative James Bond, was more a secret policeman than a spy, but the self-centred character proved to be a perfect fit with the post-Second World War “Me” generation. Making his literary debut the same year as Playboy magazine, he offered the sort of brand-conscious “entertainment for men” that passes for sophistication in a consumer culture. In 1961, Canadian producer Harry Saltzman optioned the film rights to Fleming’s Bond novels and, a year later, the movie franchise was born. To date, there have been 25 features, with a 26th (the much-delayed No Time to Die) scheduled for release in October. Today, we’ll add five Bond titles to the Reeling Back archive (with links to each following the Afterword to this posting), a package that includes director John Glen’s 1983 contribution to the series, the late Cold War adventure Octopussy.

OCTOPUSSY. Written by George MacDonald Fraser, Richard Maibaum and Michael G. Wilson. Music by John Barry. Directed by John Glen. Running time: 130 minutes. Mature entertainment with the B.C. Classifier's warning: some violence, occasional suggestive language. ''MR. BOND."
The villain, aristocratic Indian Kamel Khan (Louis Jourdan), almost purrs the British agent's name. "You have a nasty habit of surviving."
Doesn't he, though? As James Bond (Roger Moore) greeted his most faithful torch-bearer, M's secretary Jane Moneypenny (Lois Maxwell), I, too, marvelled at the character's longevity.
Octopussy is the 13th in the "official" series of 007 adaptations that began in 1962 with Dr. No. The Bond character has also been featured in the "unofficial" Casino Royale (1967), and will be seen again in October [1983] in Never Say Never Again.
As Bond bantered with Moneypenny, I couldn't help thinking how old they both looked. Well, they're certainly not kids any more.
Moore, with six Bond pictures to his credit, is 54. Maxwell, who has now played the Moneypenny role 13 times, turned 55 last year [1982].
Jourdan, the heavy this time out, celebrated his 64th birthday on Sunday [June 19, 1983]. The lot of them are working for producer Albert R. “Cubby" Broccoli, whose nickname makes him seem younger than his 74 years.
The creative input, of course, comes from the screenwriters, principally George MacDonald Fraser, 58, and Richard Maibaum, 74. Aside from the 38-year-old Maud Adams, the only youngster on the Octopussy set seems to have been director John Glen, a mere stripling at 51.
With all that experience going for it, the film does have a nicely finished look. Is it any wonder, though, that it also feels, well, middle-aged?
It's not that it lacks pace. Glen, a former film editor and second-unit (action) director, knows how to keep things moving. Indeed, the fact that the two most recent Bond pictures were entrusted to him tells us a great deal about what producer Broccoli considers important in his films.
Octopussy starts fast and leaps nimbly from one set piece to another. The plot, apparently conceived in the spirit of detente, revolves around the fact that a hawkish Soviet general named Orlov (Steven Berkoff) is having trouble convincing a dovish central committee that the time is right for a European invasion.
On his own, Orlov is stage-managing a complex end run on his superior, good old General Gogol (Walter Gotell). Orlov's strategy involves Russian national treasures, an atomic bomb, Kamel's greed and the unwitting co-operation of a mysterious international smuggler known only as Octopussy (Maud Adams).
Watching a Bond film is rather like working on a crossword puzzle. We know the formula, and can take pleasure in seeing the thing come together before our eyes. Somehow, though, there is no gut-gripping excitement left.
The indestructible Mr. Bond must prevail, of course. In the meantime, we can amuse ourselves with various intellectual exercises.
We can also indulge a touch of annoyance. The courageous fellow performing Bond's stunts atop the moving train is obviously red-haired. When they don’t even bother to match the stunt double’s hair colour with Moore's, you tend to lose the illusion.
And a bit of political analysis, perhaps. In the great rousing climax, the major vehicles on view are a hot air balloon, horses and a propeller-driven aircraft that looks a lot like flying cowboy Sky King's twin-engined Songbird.
Can we infer from this that British intelligence is eschewing high tech? On the other hand, maybe 1981’s Raiders of the Lost Ark has had a more profound effect on the adventure film business than we thought.
It's hard to hate a movie that contains so much food for thought. It's even harder to work up much enthusiasm for it.

Afterword: Not unlike sports fans, Bond aficionados love statistics. The chronicling began in 1964, the year Ian Fleming died, with Double O Seven James Bond: A Report. The book had been authorized by Fleming and was written by antiquarian bookseller Oswald Snelling. A year later, there were two books by Kingsley Amis: The James Bond Dossier and The Book of Bond (credited to “Bill Tanner”). Today, library shelves groan under the accumulation as new titles accompany every new movie release. An updated edition of Steven Jay Rubin’s 400-page The James Bond Movie Encyclopedia is now available, one among many resources celebrating a film franchise that has lived longer — 59 years so far — than Ian Fleming, who died at the age of 56.
Numbers? To date, there have been at least 47 novels, twelve by Fleming and the rest by nine other authors, most prominently John Gardner (16 titles) and Raymond Benson (9). The Oxford Dictionary of National Biography tells us that “during his lifetime Fleming sold 30 million books; double that number were sold in the two years following his death.” That comes to approximately 90 million copies, which is pretty impressive, until you compare it with the lifetime sales of his pulp-fiction contemporary, the largely forgotten Harold Robbins. The mid-20th century’s “big bold novelist,” Robbins is credited with writing some 25 best-sellers, selling over 750 million copies in 32 languages. At least 10 of his titles were made into movies.
Fleming, of course, is the winner in the film-adaptation category. To date, Eon Production’s official Bond movie franchise includes 25 features. There are also two non-Eon pictures (1967’s Casino Royale and 1983’s Never Say Never Again). So far, six actors have played the Bond role (or seven, if you include David Niven in the spy-spoofing Casino Royale). As it turns out, the performer with the record for most appearances in the series was a Canadian. Kitchener-born Lois Maxwell played M’s private secretary, second officer Jane Moneypenny. She bantered with 007 in every one of his first 14 features.