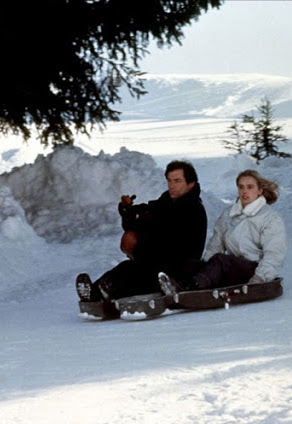 
Be prepared for Bond as Boy Scout


On this day (February 17) in 1952, vacationing London newspaper executive Ian Fleming began writing his first novel, a spy thriller that he would call Casino Royale. The moment is recalled in the opening scene of the 2014 TV miniseries Fleming: The Man Who Would Be Bond, where we are told that the former Royal Navy intelligence officer is on his honeymoon. Not quite. In truth, the 43-year-old bachelor was some five weeks away from his March 24 marriage to his long-time mistress Ann Charteris. In common with most of the show’s biographical details, the scene had a Flemingesque “precedent in truth.” His creation, MI6 operative James Bond, was more a secret policeman than a spy, but the self-centred character proved to be a perfect fit with the post-Second World War “Me” generation. Making his literary debut the same year as Playboy magazine, he offered the sort of brand-conscious “entertainment for men” that passes for sophistication in a consumer culture. In 1961, Canadian producer Harry Saltzman optioned the film rights to Fleming’s Bond novels and, a year later, the movie franchise was born. To date, there have been 25 features, with a 26th (the much-delayed No Time to Die) scheduled for release in October. Today, we’ll add five Bond titles to the Reeling Back archive (with links to each following the Afterword to this posting), a package that includes Timothy Dalton’s debut as James Bond in director John Glen’s 1987 feature The Living Daylights.

THE LIVING DAYLIGHTS. Written by Richard Maibaum and Michael G. Wilson. Music by John Barry. Directed by John Glen. Running time: 129 minutes. Mature entertainment with the B.C. Classifier's warning: some violence, occasional nudity. SMIERT SPIONAM!
The phrase is Russian. It means “Death to Spies!”
For KGB General Leonid Pushkin (John Rhys-Davies), it is an echo from the past. He remembers SMERSH, the Soviet assassination bureau that based its name on that very phrase.
But, Pushkin protests to British agent James Bond (Timothy Dalton), SMERSH was ''a Beria operation in Stalin's time. We deactivated it 20 years ago!”
For 007, the phrase is rather more current. He read it on a card attached to the body of a colleague murdered during a training exercise on Gibraltar.
According to a KGB defector, expansive General Georgi Koskov (Jeroen Krabbe), mad Pushkin has created a new SMERSH. Bond's assignment is to kill Pushkin.
Be Prepared! A phrase with great British resonance, it's the proper motto for the men behind the long-running Bond series.
A purveyor of popular entertainment, producer Albert ''Cubby'' Broccoli is always prepared to adapt his product to the times. His particular genius has been the ability to key his Bond issues to the audience's mood of the moment.
The 007 first imagined by novelist Ian Fleming in 1953 was an amoral cold warrior, the sort of man you read about in Playboy. The original screen Bond, Sean Connery, fulfilled the fantasy of a virile, deadly operative making the world safe for democracy.
Broccoli's series survived the demise of the fashion for secret agents by parodying itself. Roger Moore had the good sense to stay out of the way of his stunt doubles and the special effects technicians, while the films played to the public need for comedy and science-fictional fantasies in the post-Watergate period.
Now, with America in the throes of Ollie-mania, comes Boy Scout Bond. Recognizing 007's responsibility as a role model, The Living Daylights offers two hours of high adventure in a picture as wholesome as it is timely.
For a villain we have a double-dealing arms merchant. A West Point washout, Brad Whitaker (Joe Don Baker) affects military dress, and is involved with Koskov in a complex plot to deceive everyone in sight.
For a heroine, there is pretty Czech cellist Kara Milovy (Maryam d'Abo), Koskov's twice-deceived girlfriend, who becomes Bond's companion in a Raiders of the Lost Ark-like  adventure. Under John (For Your Eyes Only; Octopussy and A View to a Kill) Glen's practiced direction, the action is direct, non-stop and breathless.
And clean. As played by the dimple-chinned Dalton, 007 is a big-brotherly hero with a self-effacing manner and no bad habits. No longer a drinking buddy, he's the sort of bloke most dads would like to see their daughters dating.

Afterword: Ollie-mania? It's hard to believe now how quaint (and possibly obscure) my frequent references to Lieutenant-Colonel Oliver Laurence North seem today. A hero to some, a satirical target to others, he was much in the news circa 1987 because of his involvement in some covert "diplomacy" that became known as "the Iran-Contra affair." Comically complex, it involved the sale of American arms to Iran to raise money to support a U.S.-backed insurgent group called the "contras" in its proxy war with the government of Nicaragua. It was the subject of joint congressional hearings, during which Iran was initially referred to as "Country X."  Speculation in the press about the identity of "Country X" provided me with my lead into the review of the 1987 comedy Ishtar.
Two months later, a quote from North — "The world is a dangerous place" — started off my review of Superman IV: The Quest for Peace. Then there was the CIA operative Felix Rodriguez, who, testifying under oath, quoted North as telling him that "the old man (President Ronald Reagan) loves my ass." That quote helped me work Ollie into my 1994 review of Pulp Fiction. In 1989, Col. North went on trial for his misdeeds, and that was mentioned in my review of director Max Ophuls's documentary Hôtel Terminus: The Life and Times of Klaus Barbie. The Nazi war criminal died in a Lyon jail in 1991. North, by contrast, still had friends in high places, so his 1989 conviction was reversed and all charges dismissed in 1991.
He made a 1994 run for the U.S. Senate — he was narrowly defeated by Democrat Chuck Robb — and went on to success as a radio talk-show host (1995-2003). He also wrote best-selling books aimed at his Republican right-wing constituency. Continuing to “serve,” Oliver North became president of the National Rifle Association (NRA) in 2018, a post he resigned in 2019 after coming into conflict with the organization’s chief executive Wayne LaPierre. Today (February 17), Ollie published a tribute to his “dear friend," the late Rush Limbaugh.