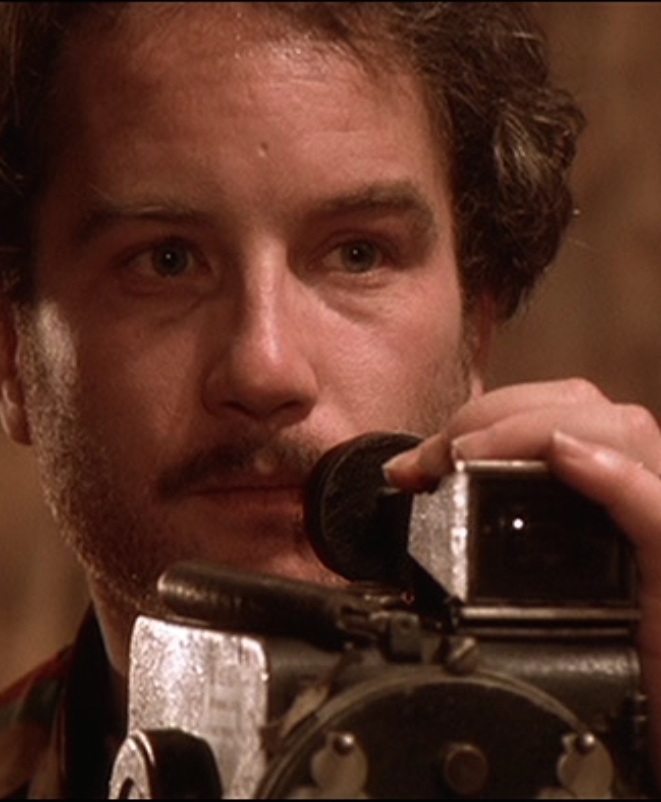 
Pioneers in the neoplastic arts


Canadian movie mavens feel a special affection for Richard Dreyfuss. Born on this day (October 29) in 1947, the actor broke through to stardom in his sixth film appearance, director George Lucas’s unforgettable 1973 feature American Graffiti. At the end of that picture, we were told that his character, Curt Henderson, went on to become “a writer living in Canada.” The next time we saw him, he was indeed in Canada, playing the title role in director Ted Kotcheff’s classic 1974 adaptation of Mordecai Richler’s The Apprenticeship of Duddy Kravitz. Apparently Dreyfuss returns our affection. “I feel like I’m a little more than an honorary Canadian, but less than a citizen,” he told the Toronto Star’s Peter Howell at the 2013 Cannes Film Festival. At that time he was promoting Cas & Dylan, a Winnipeg-to-Vancouver road-trip comedy in which he co-starred with Tatiana Maslany. No stranger to B.C., he was in West Kelowna in March, filming Daughter of the Wolf, a wilderness drama now in post-production for a late-2018 release. Today, Reeling Back adds three features starring Richard Dreyfuss to its archive (with links to each following the Afterword to this posting). As the Boy Wonder, he is a forgotten silent-film director reduced to shooting stag movies in writer-director John Byrum’s slyly satirical Inserts (1975)

INSERTS. Music consultant: Jessica Harper. Written and directed by John Byrum. Runnning time: 100 minutes. Restricted entertainment with the B.C. Classifier's warning “sex, nudity and coarse language.”
RICHARD DREYFUSS IS AN INTELLIGENT, tremendously talented young actor. In recent months, though, his intelligence seems to have outdistanced his better judgment.
Last year [1975], shortly before the release of Jaws, he went on a TV talk show and was outspoken in his disdain for the project. It has since gone on to become the top-grossing picture of all time, its success due, in part, to Dreyfuss's fine work as a quick-tempered marine biologist.
In early December [1975], shortly before the release of his current film, Inserts, Dreyfuss was on the front page of Daily Variety protesting the rating that the Motion Picture Association of America had assigned to the British-made film. In the U.S., Inserts is rated X. (American ratings do not apply in Canada. Here in B.C., the film is Restricted and bears a warning caption.)
Dreyfuss, star and part owner of the property, was angry enough to personally appeal the rating to the association's board. He knew that many U.S. theatre chains refuse to play X-rated films as a matter of policy. Many U.S. newspapers, as well as radio and TV stations, refuse to run ads for X-rated films.
“With an R-rating, we might do $10 million," he told Variety. "An X-rating will limit us to between $3 and $4 million."
He appealed. He lost.
Inserts is a bold experiment, the sort of project that only a brilliant actor would even dare touch. Though written as an original screenplay (by its director John Byrum), it is structured like a stage play.
There are only five characters. Their story takes place in real time (the film's 100 minutes records an onscreen event that occurs in 100 consecutive minutes). It takes place in a single room.
Though solid and rewarding, it is not mass-market entertainment. Or, at least, not yet.
If it had been mounted off-Broadway or in London's West End, it might have gained a reputation for itself among the theatrical cognoscenti. Like Edward Albee's Who's Afraid of Virginia Woolf?, it could have been brought to the screen eventually with great fanfare and snob appeal.
Probably even a U.S. GP rating.
It would have taken about five years.
Comers like Dreyfuss, 28, and Byrum, also 28, don't like to wait that long. They are young men in a hurry. Bypassing tradition, they went directly to the movie audience. Three weeks were spent in rehearsals, three more weeks shooting.
The result is an impressive, absorbing, raucously funny, ultimately tragic film. Inserts, set in Hollywood circa 1930, is a rough-talking parable on the subject of celebrity, sexuality, art, commerce and creativity.
It is the story of Boy Wonder (Dreyfuss), a once-great director who rose to fame in the silent era only to crash with the coming of sound. Told at one point that he "had a brilliant future," he replies: "Yes, and I fulfilled it at a very early age."
For several years he has been holed up in his rococo mansion, avoiding bill collectors and trying not to think about the freeway that will soon breach the walls of his solitude. He ekes out a meagre living making stag movies on a set in one corner of his living room.
To him they are more than just stag movies. "We are pioneers," he tells his leading man, Rex "the Wonder Dog" (Stephen Davies). "We are pioneers in the neoplastic arts. We are ever searching for every excuse to extend the limits of those arts beyond the boundaries of urgency."
Rex is a handsome but dumb grave-digger who is waiting around for the Big Break that will get him into "real movies." Says Rex: '"I honestly don't know what you're talking about."
His leading lady is a former silent star, Harlene (Veronica Cartwright), a drug addict who works in exchange for junk. Financing the operation is a greasy bootlegger named Big Mac (Bob Hoskins), about whom Byrum's script makes far too many hamburger jokes.
The entire action of the film takes place on the morning that Big Mac brings his intended fiancee, a frosty finishing-school graduate named Cathy Cake (Jessica Harper), around to watch some of the filming. Boy Wonder is at the point of shooting the inserts, close-up footage that will be intercut with the long shots in the final print.
Miss Cake, just as anxious as Rex to get into "real movies," rather hoped that the term meant something else. "What are inserts?" she asks with wet-lipped anticipation. "Does that mean you-know-what?"
Miss Cake wants to "see everything." Before the morning is over, she will.
Inserts is the sort of movie that depends on a strong script. Byrum provides one, a neatly-structured repetition of themes and motifs that both stirs nostalgia and reveals the seamy underside of the movie business in ways that a high-priced failure like The Day of the Locust [1975] never could.
He provides his well-rehearsed cast with dialogue that is, at its best, brittle, comic, cutting and poignant.  It is at its best more often than not.
His cast carries it off in fine, professional  style. Dreyfuss, dazzling  as always, gets as good as he gives from all concerned, especially the lovely, knowing Harper.
Harper, who played Phoenix, the not-so-innocent love object in 1974's Phantom of the Paradise, here demonstrates a finely-tuned dynamic range. Her Cathy Cake moves from the position of observer to participant to the final director with an ease that makes the character both appealing and frightening.
Inserts, in terms of boxoffice returns, may have been a poor choice for Dreyfuss and his co-stars. In terms of artistic advancement, though, it is a big boost for all concerned.

Afterword: Inserts was written at a time when the popular culture was struggling to come to terms with cinema’s “neoplasic arts.” Pornographic movies became a matter of open public discussion in June, 1972, with the debut of the sexually-explicit comedy Deep Throat in New York City. A year later, in a New York Times Magazine piece headlined “ 'Hard-core' grows fashionable — and very profitable", Ralph Blumenthal coined the phrase “porno chic.” I believe that, in their own way, John Byrum and his Inserts star Richard Dreyuss were attempting to further that discussion by putting some historic perspective on the adult film genre.
Sadly, the mainstream movie business wasn’t particularly interested in the social issues involved. As media critic Jon Lewis argued in his 2000 book Hollywood v. Hard Core, the moguls saw their business model challenged by the disreputable porn merchants, and set out to marginalize them. Their tool was the Motion Picture Association of America’s movie rating system. What emerged as a result was a parallel adult film industry, one that prospered with the development of home entertainment technologies — video tape, DVDs and cable television — and the internet. Despite a favourable review in one Vancouver newspaper, Inserts was generally dismissed by critics and was a commercial failure.