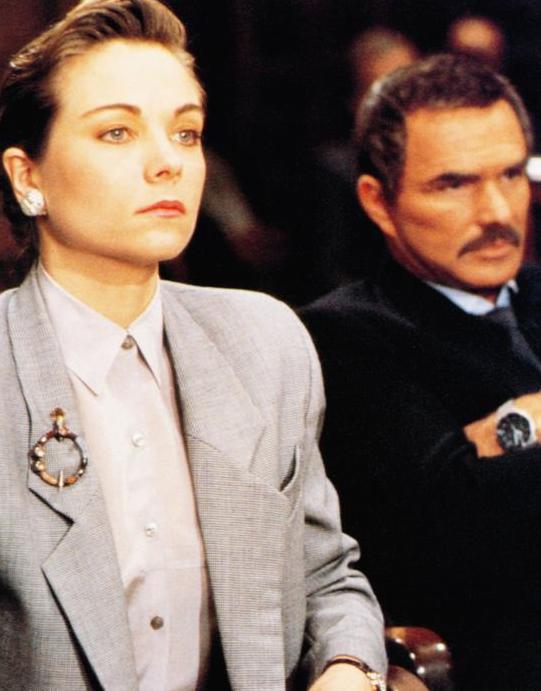 If it please the court


Nineteen ninety-four was a very good year for Michael Crichton. At the top of his game as an entertainment innovator, he had the distinction of scoring a pop-culture hat trick. Jurassic Park, the feature film adapted from his 1990 novel, was 1993’s top-grossing picture. ER, the TV medical drama that he created, made its debut at No. 1 in the ratings, and Disclosure, his novel about sexual harassment in a high-tech company, quickly rose to the top of the New York Times best-seller list. Writing came easily to Michael Crichton, who was born on this day (October 23) in 1942. He published his first novel (1966's Odds On) while a student at the Harvard Medical School. In 1972, he adapted his 10th novel (1972's Binary) as a screenplay, which he then directed as the made-for-TV movie Pursuit. A techno-thriller specialist, he made his theatrical directing debut with the theme-park shocker Westworld, 1973’s sci-fi hit. The four Crichton-directed films being added today to the Reeling Back archive (with links to each following the Afterword to this posting) include his last feature behind the camera. A courtroom drama not written by its director, there’s little by way of techno-flash on display in 1989’s Physical Evidence.

Friday, January 27, 1989
PHYSICAL EVIDENCE. Written by Bill Phillips. Music by Henry Mancini. Directed by Michael Crichton. Running time: 99 minutes. Rated 14 Years Limited Admission with the B.C. Classifier’s warning: some violence, occasional very coarse language. THE DECEASED WAS NOT a nice guy. Few mourned the passing of Boston businessman Jake Farley (Louis Negin), a nightclub owner heavily into prostitution, blackmail and drug dealing.
The accused is not the sort to grin and bear it. Ex-cop Joe Paris (Burt Reynolds), whose name was found on a note in the dead man's pocket, has a reputation for physical excess.
On suspension for throwing his own partner through a plate glass window, Paris was heard threatening Farley shortly before the murder. Investigators found a bloodied wire loop hidden in his messy apartment on the morning after.
The defence attorney is not afraid of tough guys or lost causes. "Be nice," arrogant, ambitious Jennifer Hudson (Theresa Russell) tells Paris. "Your ass is in my hands."
Her client, a veteran police detective, is unimpressed.
"This is me," the preppy public defender insists. "Guts and brains. You can't do any better."
A no-frills mystery-thriller, Physical Evidence does all right. Alternating street action with courtroom confrontations, the modern-dress drama represents both a challenge and a change for its director, best-selling novelist Michael Crichton.
His first feature assignment since the filmed-in-Vancouver techno-shocker Runaway, (1984), Physical Evidence has neither a science-fictional premise nor period trappings to divert our attention from the essential character relationships. Here, the characters are the story, and the stars the real show.
Reynolds, determined to re-establish himself as a serious actor, is in troubled tough-guy mode again. Recalling his performances in Heat (1986) and Malone (1987), he is sullen and subdued. When not beating up on the bad guys, his Joe Paris has the little-boy-lost quality that has, so far, failed to click with Reynolds's down-home fans.
Russell, best known for her incendiary presence in pictures like 1980’s Bad Timing: A Sensual Obsession and Black Widow (1987), lightens up to play an assertive, clothes-conscious career woman.
A former Peace Corps volunteer, her Jenny Hudson is the sort of woman who is careful to colour co-ordinate her causes with her fashion accessories.
As written by Bill Phillips, the drama is built on the growing attraction between these unlikely allies. Hudson suspects that her client may be guilty, while Paris doubts his lady lawyer has the savvy needed to win a murder case.
Had Paris seen 1985’s Suspect (in which Cher defends Liam Neeson), Jagged Edge (also 1985, with Glenn Close representing Jeff Bridges) or Legal Eagles (1986; Debra Winger pleading the case for Daryl Hannah), he might have been less apprehensive. Had we not seen all of them, we might have been less sure of exactly where this picture is headed.
Crichton's other major problem is that, capable as they are, his stars have virtually no interpersonal chemistry. A director with a preference for broad strokes and directly-told tales, he compensates by emphasizing the pulp plotting and standard thriller technique.
His Physical Evidence is a watchable if inconsequential urban adventure.

Afterword: The driven female attorney movie became its own subgenre in the late 1980s. In the above review, I also might have mentioned The Accused from 1988, the made-in-Vancouver feature in which Kelly McGillis seeks justice for Jodie Foster (an Oscar-winning role for Foster). Or 1989’s The Music Box, with Jessica Lange defending her father Armin Mueller, an accused war criminal. The subject deserved further study, and Kenyon College professor Ric Sheffield did just that in 1993, contributing a paper called On Film: A Social History of Women Lawyers in Popular Culture 1930-1990 to the Loyola of Los Angeles Entertainment Law Review.
Though I didn’t know it at the time, Michael Crichton’s Physical Evidence was supposed to have been the sequel to director Richard Marquand’s 1985 box-office success Jagged Edge, with Glenn Close reprising her role as San Francisco lawyer Teddy Barnes. A complex tale of studio politics resulted in an entirely different film, and Crichton's last directorial assignment. In my review of the picture, I said he had “a preference for broad strokes.” In 2014, his widow Sherri Alexander Crichton established “The Official Site of Michael Crichton” to honour his memory and archive his work. It is here that this quote appears:
“At the time I was directing, I felt that I was reacting against an emerging period of extremely aggressive directorial styles. The clearest example of that — he’s more muted now — is [Martin] Scorsese. All those very active camera movements drew attention to the fact that there was a person telling you the story in a specific way, and you were being asked to recognize how it was being told to you. I didn’t want to do that. I wanted to do a much more self-effacing directorial style.”