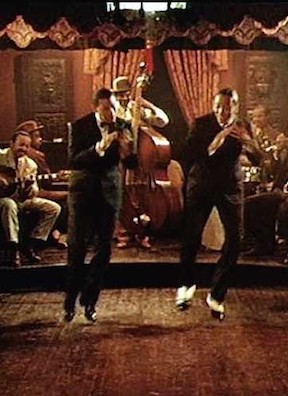 All the best moves


Fifty years later, they’re still talking about Francis Ford Coppola’s smash hit The Godfather. Later this month, the conversation will include The Offer, a six-part Paramount+ miniseries about the making of the 1972 Hollywood classic. Coppola, born on this day (April 7) in 1939, was arguably the most innovative filmmaker of his generation. Certainly worth our attention was the decade during which he parked the Ford. From 1979 (Apocalypse Now) to 1987 (Gardens of Stone) he released seven features, all of them credited to Francis Coppola. “I’m dropping the Ford,” he wrote in an April 1977 memorandum to the staff at his Zoetrope Studios. “This comes from a statement I once heard: ‘Never trust a man who has three names.’” The Coppola that I interviewed two years later was still processing the incredible stress of the five years it took to bring his Vietnam war epic to the screen. “The jungle took over,” he told me. “We all went a little crazy.” In the aftermath of that experience, he turned his attention in a variety of directions, adding to his creative legacy with varying results. Today’s Reeling Back package adds five features to the archive (with links to each following the Afterword to this posting), all of them Francis Coppola features. In 1984, he blended the movie musical with a period gangland drama in the story of The Cotton Club

THE COTTON CLUB. Co-written by William Kennedy based on a story by Kennedy, Francis Coppola and Mario Puzo. Music by John Barry. Musical recreations by Bob Wilbur. Co-written and directed by Francis Coppola. Running time: 126 minutes. Restricted entertainment with the B.C. Classifier's warning: some gory violence, very coarse language. STYLE? WARNER BROTHERS HAD its very own brand in the 1930s.
You could see it in their musicals, epitomized by Busby Berkeley’s snappy backstage romances, and in the gangster pictures that launched the careers of Raft, Robinson, Cagney and Bogart.
Francis Coppola, the man who made his mark on the movies with the Godfather films (1972 and 1974) and Apocalypse Now, loves the classic Warners style. To prove it, he’s spent many, many, many millions of dollars to make The Cotton Club a conscious tribute to both those gangland dramas and the all-singing, all-dancing features.
The time that he's chosen is 1928. The place is New York's 142nd Street, home to an exclusive walk-up night spot known as The Cotton Club. Owned by mobster and Broadway angel Owney Madden (Bob Hoskins), it's where the worlds of show business and organized crime meet.
This is the place to which the Williams brothers aspire. A pair of talented Harlem hoofers, Sandman (Gregory Hines) and Clay Williams (Maurice Hines) know that the Cotton is where the best all-white audiences go to see the best in all-black entertainment.
Here, too, we'll see the Dwyer brothers. Both Dixie (Richard Gere) and Vincent Dwyer (Nicolas Cage) have become involved with crime lord Dutch Schultz (James Remar) and spend time at the club where all the city's important hoods come to conspire.
When Sandman becomes enamoured of ambitious showgirl Lila Rose Oliver (Lonette McKee), their story evolves into one of those Warners backstage musicals, a romance complete with song and dance routines.
Dixie, a cornet player drafted into Schultz's service, finds himself falling for the sadistic mobster's mistress, Vera Cicero (Diane Lane). He also finds himself at the centre of an archetypal gangster drama with all of the usual roman à clef overtones.
It's almost as if Coppola has set out to offer filmgoers a double feature (à la Stanley Donen's 1978 pastiche Movie Movie), and then decided to intercut his material into one picture. For most of the film's length, the two stories run parallel, but separate.
Eventually, though, they come together for a grand climax. Having managed to involve us for nearly two hours in a remake of Bugsy Malone, he concludes with a cheerfully cutthroat send-up of his very own masterwork, The Godfather.
A master stylist, Coppola combines a wealth of nostalgic images and sharp performances to produce the street-wise epic that Brian De Palma wanted his Scarface to be. Never boring and often brilliant, The Cotton Club honours style with understanding and a touch of tongue-in-cheek.

Afterword: Did I mention that the man has an ear? The son of composer Carmine Coppola, Francis Coppola makes movies that feature memorable music. In the above review, I suggested that The Cotton Club is both a musical and a gangster movie. Hardly surprising that a quick review of his film library is full of features with fascinating soundtrack anecdotes. For example, for his 1966 feature You’re a Big Boy Now, he brought in the rock band Lovin’ Spoonful to compose the original music that was performed in the film. Two years later, Warner Brothers put him in charge of its big screen adaptation of the 1947 Broadway musical Finian’s Rainbow.
Nino Rota’s score had a starring role in 1972’s The Godfather. Songs were a vital, vibrant part of One from the Heart, Coppola’s underrated original musical from 1982. Its score, composed by Tom Waits, was issued on an LP which may be the single finest vinyl recording in my soundtrack collection. And then there’s Peggy Sue Got Married. Inspired by Buddy Holly’s 1959 rock hit, the 1986 time-travelling romantic comedy gave Coppola a long-awaited financial success. It also spun off an award-winning stage musical adaptation that opened in London in 2001.