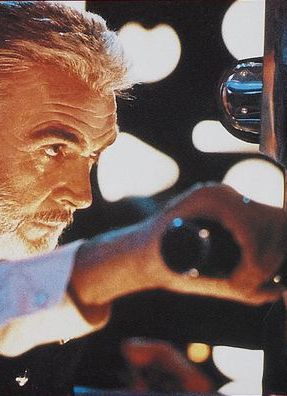 A new cold war in sight


Russophobes live to fight another day


Today (April 11) is Submarine Day, the annual celebration of undersea naval operations. So is March 17. The earlier date is marked in the United Kingdom, which lays claim to the first such vessel. Built in 1620 by Dutch engineer Cornelis Drebbel for James I, it was successfully tested in the River Thames by the Royal Navy. Not to be outdone, American subaquatic aficionados pay tribute to the April afternoon in 1900 that the the U.S. navy established its modern Submarine Force with the acquisition of the USS Holland (named for its builder, John Philip Holland). First called “the silent service” in 1929, the intense, scary world of submariners has exerted a particular fascination for writers and filmmakers ever since Jules Verne introduced us to Captain Nemo’s Nautilus in his 1820 novel Twenty Thousand Leagues Under the Sea. A cinema subgenre since the First World War, submarine movies deal in claustrophobic tensions and the primal fear of death by drowning. Over the years just about every major Hollywood male star has taken his turn squinting into a periscope. Today, Reeling Back adds four titles to its U-boat archive (with links to them all following the Afterword to this posting). Sean Connery is the star presence in command of the Soviet stealth vessel pursued by the USS Dallas in director John McTiernan’s 1990 adaptation of Tom Clancy’s novel The Hunt for Red October.

THE HUNT FOR RED OCTOBER. Written by Larry Ferguson and Donald Stewart. Based on the 1984 novel by Tom Clancy. Music by Basil Poledouris. Running time: 135 minutes. Directed by John McTiernan. Rated Mature with the B.C. Classifier’s warning: occasional violence and swearing. THEY THINK HE'S NUTS.
Called together by national security advisor Jeffery Pelt (Richard Jordan), the U.S. Joint Chiefs of Staff readily accept the idea that Soviet submarine Captain Marko Ramius (Sean Connery) is in helter-skelter mode.
Insanity, it must be noted, has always played well during basement meetings in the White House. Back in the 1950s, presidential aides worried that some American nutbar in a B-52 would drop the big one on the "Evil Empire."
Movies based on such novels as 1958’s Red Alert (filmed in 1964 as Dr. Strangelove), Fail Safe and Seven Days in May (both released as films in 1962) traded on the fear that one flipped-out American flyboy could start World War III.
Accept that basic premise and it only stands to reason that the Russkies would one day manage to close this important madman gap.
All they ever needed was the capacity for a first strike. And now, according to CIA naval analyst Jack Ryan (Alec Baldwin), the submarine Red October just may have tipped the scales in Moscow's favour.
"Now" is 1984, otherwise known as the Year 1 BG (Before Gorbachev).
The boys in the basement are attempting to make sense of the fact that Red October is at large in the North Atlantic and that, following receipt of a letter from its Lithuanian-born captain, the Soviet high command has sent its own submarine fleet in apparent hot pursuit.
Conclusion — Ramius has cracked, gone renegade and is going for a nuclear first strike.
No, No, NO! says civilian Ryan, out of sync with the mood of the meeting.
"I know the man!" Ryan argues that Ramius is attempting to defect.
"We've got to help him!"
The Hunt For Red October is a Classic Cold War thriller. As directed by action expert John (Die Hard)