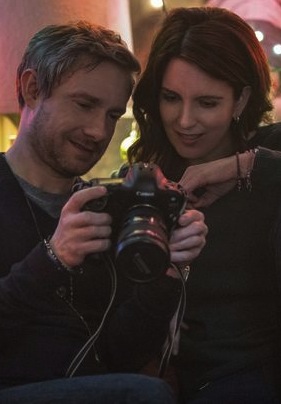 
Learning to embrace her own strength


Sunday evening (February 28), for the first time since 1947, the U.S. Academy of Motion Picture Arts and Sciences awarded the best picture Oscar to a movie about the news media. The win for Spotlight, the story of the newspaper team whose 2002 reports exposed the sexual abuse of children in the Archdiocese of Boston, reminded us that reporters are among the most durable of movie heroes. Over the years Hollywood, perhaps recognizing its reliance on the daily press for coverage and promotion, has turned out hundreds of media-friendly features. At least 15 were nominated for the best picture honour, beginning with a 1931 comedy called The Front Page. Another comedy, Frank Capra's It Happened One Night (1934), was the first to take home an Oscar. The second was Elia Kazan's 1947 drama Gentleman's Agreement, the story of a reporter who poses as a Jew for an exposé of antisemitism in the American WASP establishment. Three distinguished nominees that did not win the award were Orson Welles's Citizen Kane (1941), Alan J. Pakula's All the President's Men and Sidney Lumet's Network (both 1976). (The last two were beaten up by John G. Avildsen's Rocky.) Recent also-rans, including 2005's Good Night and Good Luck and 2008's Frost/Nixon, focused on the world of broadcast journalism. Which, as it happens, is the subject of actress Tina Fey's new film opening today (March 4), Whiskey Tango Foxtrot.


Friday, March 4, 2016.
WHISKEY TANGO FOXTROT. Written by Robert Carlock. Based on Kim Barker's 2011 memoir The Taliban Shuffle: Strange Days in Afghanistan and Pakistan. Music by Nick Urata. Directed by Glenn Ficarra and John Requa. Running time: 112 minutes. 14A entertainment with the B.C. Consumer warning: coarse language. "WE'LL ALWAYS HAVE KABUL." And so it ends, an affair of convenience in an exotic capital in a time of war. Our hero, Iain MacKelpie (Martin Freeman), is romantically paraphrasing Casablanca's Rick Blaine, parting from his beloved Ilsa Lund.
No, wait. He's being funny, not romantic.
And he's not the hero. She is.
Whiskey Tango Foxtrot. The title is less a description than a reaction, a wink and a warning that this apparent comedy contains more than a few surprises.
The first is that the comedy on offer is so very black. Influenced, perhaps, by the classic acronymic war comedy M*A*S*H, directorial partners Glenn Ficarra and John Requa strike a fine balance between absurdity and reality.
Robert Altman's 1972 feature, set during the Korean War (but made during the more surreal Vietnam conflict), told the story of a team of battlefield surgeons. That they were doctors put them at one remove from the action, allowing them to see it from a different, more anarchic perspective.
WTF, set in Afghanistan between 2004 and 2006, focuses on the war correspondents. Our hero is Kim Baker (Tina Fey), a television news producer drafted from the pool of unmarried, childless people at her New York-based network's headquarters.
Like the doctors in M*A*S*H, her mission is different from that of the military. Tasked to observe and report, she walks out of the Kabul International Airport — "KIA," her seatmate on the flight jokes, "Killed In Action" — into an alternate universe.
Based on a true story, WTF is adapted from the real-life Kim Barker's 2011 book The Taliban Shuffle: Strange Days in Afghanistan and Pakistan. In it she described the press corps' place in the South Asian action.
"For most, Afghanistan was Kabul High, a way to get your war on, an adrenaline rush, a résumé line, a money factory," she wrote. "It was a place to escape, to run away from marriages and mistakes, a place to forget your age, your responsibilities, your past, a country in which to reinvent yourself.
"Not that there was anything wrong with that," she adds, "but the motives of most people were not likely to help a fragile and corrupt country stuck somewhere between the seventh century and Vegas."
WTF opens during a 2006 drug and booze-soaked party in the Fun House, the dorm that houses non-military foreigners in Kabul. Suddenly, there's an explosion nearby. Just as suddenly the sybarites turn into the working press, and we learn that Baker has acquired a working knowledge of colourful Pashto profanity.
As written by first-time feature screenwriter Robert Carlock, the film's focus is on Baker's growth and ultimate graduation from Kabul High. From her first reaction — "I don't think I can do this" — to her unexpected display of courage under fire, Baker manages her shuffle with self-deprecating wit.
Her new world is populated by a diverse group that includes already legendary reporter Tanya Vanderpoel (Margot Robbie), Baker's soulful Afghan "fixer" Fahim Ahmadzai (Christopher Abbot), her eventual lover, freelance photographer MacKelpie, Marine Corps General Hollanek (Billy Bob Thornton), influential government minister Ali Massoud Sadiq (Alfred Molina), and a thoughtful enlisted man, Lance corporal Coughlin (Evan Jonigkeit).
Fey, the actress who initiated the film project, makes the role of Baker her own in at least two ways. As a performer, she convincingly takes hold of the character's uncertainties, her blossoming adrenaline addiction and eventual embrace of her own strength.
Fey, of course, is a television person, having gained fame as a Saturday Night Live comedienne, as well as the show's first female head writer. She also created and starred in the seven-season comedy series 30 Rock. Her Kim Baker — spelled with one "r" —is a broadcaster.
The actual Kim Barker — with one more "r" —was and is a newspaperwoman. Her book was based on her five years as the South Asia bureau chief for the Chicago Tribune. Currently, she works as a reporter on the Metro desk at The New York Times.
Given the likelihood of Fey's nuanced portrayal turning the movie into a box-office hit, Barker may have to get used to being mistaken for a TV-news star. Or, as the marines say, Whiskey Tango Foxtrot.

The above is an original Reeling Back review by Michael Walsh first published today (March 4, 2016). For additional information, please visit my FAQ.

Afterword: The one I feel sorry for is Dixie Lyle. The author of the Whiskey, Tango & Foxtrot mysteries, Lyle published the fourth book in the series (A Deadly Tail) just last month. I have no idea whether the Vancouver-based author had a movie deal in the offing, but the release today of Paramount's Whiskey Tango Foxtrot probably puts the title into a whole new copyright situation. It's a pity, really, because Lyle's comic novels combine elements of the cozy mystery with the lightly paranormal to create something original and quite delightful.

See also: As an old newspaperman, I have a particular affection for movies about the news business. The Reeling Back website was launched with my essay on the subject, Print the Legend, plus a full package of newspaper-themed content. Recalled were Norman Jewison's 1969 comedy Gaily, Gaily; Billy Wilder's1974 remake of The Front Page; Alan J. Pakula's 1976 adaptation of All the President's Men; Jerry Schatzberg's 1987 Street Smart; Kenny Ortega's 1992 musical Newsies; and Ron Howard's 1994 The Paper.
Also included were the 1974 National Film Board feature Why Rock the Boat?;  two made-in-B.C newspaper movies, 1993's Impolite and High Stakes, from 1987;  and a review of Alex  Barris's wonderfully comprehensive book, Stop the Presses! The Newspaperman in American Films. Since then, we've added Orson Welles's classic Citizen Kane (1941); Sidney Lumet's Network (1976); and James Bridges's Perfect (1985).