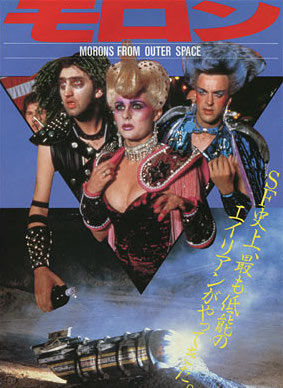 Not the expected aliens


It was meant as a joke. In British author Douglas Adams’s multi-media creation The Hitchhiker's Guide to the Galaxy, a supercomputer called Deep Thought reveals that “the answer to the ultimate question of life, the universe and everything is . . . 42." Among science-fiction fans, “42” has become a catchphrase. No surprise, then, that the organizers of VCON 42, the 2018 edition of Vancouver’s sci-fi and fantasy convention, chose as their theme “The British Invasion.” Opening today (October 5), the three-day gathering will focus on “British Influences” on the genre. Featured guest of honour is the English-born Charles Stross. A modern SF master, the Edinburgh-based author has a keen awareness of information technology. He specializes in innovative, insightful “economic science fiction,” and I’m especially fond of his ongoing Merchant Princes series. We’re scheduled to sit down tomorrow morning (October 6) for a public conversation, during which we’ll talk about life, the universe and anything else that seems relevant in our rush to the ultimate spamularity. In keeping with VCON’s anglophile theme, it seems only right to recall Bristol-born director Mike Hodges’s largely forgotten 1985 comedy, Morons from Outer Space.

Wednesday, January 8, 1986
MORONS FROM OUTER SPACE. Written by Mel Smith and Griff Rhys Jones. Music by Peter Brewis. Directed by Mike Hodges. Running time: 89 minutes. Mature entertainment with the B.C. Classifier’s warning: occasional coarse language and suggestive scenes. YOU JUST CAN’T TRUST a movie alien. Sometimes they're nice — such recent pictures as Cocoon (1985), Close Encounters (1977) and Starman (1984) insist that our neighbours in the next nebula are really swell folk — and sometimes they're not.
The only thing you know for sure is that they're smart. For good or ill, a galactic gadabout is always flaunting his advanced technology and intellectual superiority.
But what if they're not so smart after all? What if UFOs turn out to be not the chariots of the gods, but the recreational vehicles of goofball ETs?
Such is the engaging premise of Morons from Outer Space.  According to British television comedians Mel Smith and Griff Rhys Jones, the cosmos may be full of beings no brighter than ourselves.
They could be as dimwitted as the Brocks,  Desmond (Jimmy Nail) and Sandra (Joanne Pearce). Inhabitants of the planet Blob, they are enjoying a holiday cruise with their friends Bernard (Mel Smith) and Julian Tope (Paul Bown) when they crashland on an English motorway just south of Luton.
Called in to effect the nation's alien encounter contingency plan is Commander Granville Matteson (Dinsdale Landen). On the scene minutes later is Colonel Raymond Laribee (James B. Sikking), a "cultural attache from the American embassy."
Despite an immediate news blackout, UKTV producer Stanley Benson (George Innes) smells "the biggest story since Adam and Eve got evicted." Unfortunately, the only reporter not off at the pub when the aliens arrive is Graham Sweetley (Griff Rhys Jones), a junior researcher who gets into the government's top-secret alien action centre with no idea of how to get out.
The Anglo-American scientific establishment examines Des, Sandra and Julian, unaware that Bernard has landed safely in the middle of an Arizona park. Though blessed with the quartet’s highest IQ, all it earns him is a stay in a state mental hospital that is already home to a Julius Caesar, a Jesus Christ and several Napoleons.
Credit Smith and Jones with some comic invention. Though the Brit, Cmdr. Matteson, sees that the aliens are harmless, the American, Col. Laribee, expects them to turn into monsters at any moment.
"My God " he raves, "haven't any of you seen The Invasion of the Body Snatchers?"
Well, director Mike (The Terminal Man; Flash Gordon) Hodges certainly has, and his new picture manages to allude to it and to every other sci-fi extravaganza turned out in the last 20 years.
That combination — interesting ideas and Hodges's slick, allusive style — might have made Morons from Outer Space a major winner. Unfortunately, this is one screen package that talks better than it plays.
It's all a bit too cold, a bit too obvious and a bit too frantic. Despite Hodges's craft, you can't trust his aliens to deliver the laughs.

Afterword: My choice of a Japanese movie poster to accompany the above review makes a nice fit with the mid-September news story that Japanese billionaire Yusaku Maezawa has signed up for a flight around the moon aboard high-tech entrepreneur Elon Musk’s Big Falcon Rocket. If and when the flight occurs, it’s likely to be a space tourism first.
Although director Mike Hodges did not specialize in science-fiction films, he had a rare feeling for the genre when he did make one. After serving his apprenticeship in British television, he made his feature debut, writing and directing the gritty 1971 crime drama Get Carter.  A year later, he followed that with a crime comedy, Pulp.
Both movies starred Michael Caine, and their success led to his first Hollywood film, the 1974 adaptation of Michael Crichton’s 1972 science-fiction novel The Terminal Man. Because of largely negative reviews — I liked it a lot, but I was in the minority — the picture had limited distribution and was not a financial success. Hodges never completed his second U.S. feature, 1978’s Damien: Omen II — he was replaced by Don Taylor, who became the director of record — and he returned to the U.K., where his over-the-top take on comic-strip spaceman Flash Gordon was a 1980 Christmas season hit.
As noted in the above introduction, Morons from Outer Space was largely overlooked, and it met a similar fate to The Terminal Man at the boxoffice. It’s been remarked upon that Hodges’s final feature, the 2003 crime thriller I’ll Sleep When I’m Dead, bears a striking resemblance to his first movie, Get Carter.