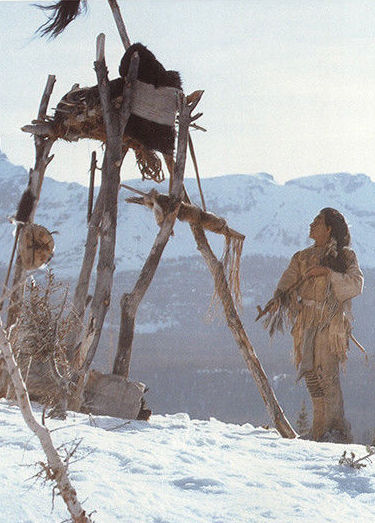 
Respecting that which has been lost


First marked 23 years ago today (on June 21, 1996), National Indigenous Peoples Day was created "to recognize and celebrate the unique heritage, diverse cultures and outstanding contributions of First Nations, Inuit and Métis peoples." In the words of the federal department of Indigenous and Northern Affairs website, "the Government of Canada chose June 21, the summer solstice," because "for generations, many indigenous peoples . . . have celebrated their culture and heritage on or near this day due to the significance of the summer solstice as the longest day of the year." Which is a nice way of saying that, despite 400 years of policies designed to marginalize them, our native peoples are not going away. Known as National Aboriginal Day for the first 20 years of its existence, the 2019 celebration is particularly fraught, coming just 18 days after the three-year-long National Inquiry into Missing and Murdered Indigenous Women and Girls (MMIWG) issued its final report, a study that “found that genocide is the root cause” for Indigenous rights violations and abuses. To paraphrase African-American rights advocate Malcolm X, the chickens of colonialism are coming home to roost as we all face up to the racialist roots of our immigrant nation. It’s also a day upon which Reeling Back can recall a few movies that have attempted fair portrayals of indigenous peoples. The four films being added today (with links to each following the Afterword to this posting) include director Kieth Merrill’s 1980 drama of life on the 18th-century prairie, Windwalker

WINDWALKER. Written by Ray Goldrup. Based on the 1979 novel Windwalker by Blaine Yorgason. Music by Merrill Jenson. Directed by Kieth Merrill. Running time: 108 minutes. Rated Mature with the B.C. Classifier’s warning: some violence.
THEY'RE HOLDING OFF ON the champagne celebration in Medford, Oregon. The folks at Pacific International Enterprises fought hard and fought well, but their picture — an all-American outdoors epic called Windwalker, was passed over for an Oscar nomination.
"There is a basic inequity in the Motion Picture Academy procedures which makes it more difficult for an independent film to achieve an Oscar nomination," said a spokesman for  producer Arthur R. Dubs. "This nomination depends upon Academy members viewing the film — which is determined largely by the amount of publicity any given company can purchase to attract the attention of the Academy members."
Dubs, the owner of an Oregon construction company, has been an outsider looking in for a long time. Eleven years ago he founded PIE to distribute American Wilderness (1969), a nature film that he had shot while on a working holiday in Alaska.
The company grew on a series of animal documentaries — Vanishing Wilderness (1974), The Wonder Of It All (1974) and Challenge to be Free (1975) — then moved into general audience dramas with The Adventures of the Wilderness Family (1976).
Windwalker, the story of a Cheyenne family circa 1796, was designed to move the company into the cinematic big leagues. Budgeted at $3 million-plus, it had a name star — veteran British actor Trevor Howard — and an Academy Award-winning director (Keith Merrill, winner of the 1974 feature documentary Oscar for The Great American Cowboy).
Dubs thought he had a contender. The AMPAS eligibility committee in Los Angeles had other ideas. Noting that the film was subtitled — all the direct dialogue is spoken in either Cheyenne or Crow — the Oscar arbiters said Windwalker was clearly a foreign-language competitor.
Dubs hit the roof. He challenged the ruling. Realizing their mistake and wishing to minimize the bad publicity, the Academy gave Windwalker a “special dispensation” so it could compete among the English-language American films for nominations.
Tuesday afternoon [February, 1981], when the 1980 nominees were announced, Windwalker was not among them. Dubs attributes this to "the stigma of being an independent production."
It is a stigma that filmgoers would do well to overlook when the picture opens here Friday. Dubs’s Oscar posturing aside, Windwalker is an attractive, thoroughly professional and dramatically satisfying slice of pre-European Americana.
Based on a novel by Blaine Yorgason, it assumes that we know that the Cheyenne were a community of buffalo hunters who lived in what is now northeastern Wyoming and southwestern South Dakota. It opens with the title character, an ailing grandfather (Howard), telling stories to his grandsons, Horse-that-Follows (Jason Stevens) and Spotted Deer (Emerson John).
He recalls that, as a child, he could think of nothing but the buffalo. As an old man, he thinks of nothing but his beautiful Tashina (Serene Hedin).
As he speaks (his voice-over narration is spoken in English), the film flashes back to his younger self (James Remar), a brash young man in love with the village beauty. We see him stealing horses from some neighbouring Crow to win the right to wed her.
He recalls their happiness at the birth of their twin sons and his grief on the day that Crow raiders stole away one of them, leaving his wife for dead. He dedicated his life to finding the lost son.
He tells the boys how he came close enough to speak to their lost uncle, but failed in his attempt to rescue him. "Perhaps," he concludes, "this is a good day to die."
His family takes him at his word. As he sinks into a coma, he is raised up on a funeral platform and his surviving son, Smiling Wolf (Nick Ramus), leaves him to "walk the wind."
Shot in the High Uinta Mountains of northern Utah, director Merrill's feature is essentially a romanticized view of Cheyenne experience. In keeping with the "legendary" proportions of his story, the director has adopted a visual style that emphasizes the truly breathtaking natural beauty of high country, a technique that enhances the nobility of his characters.
The style is also in keeping with the theme of an old man looking back upon his life, and it gives the first half of the film a lyricism that, by itself, would be cloyingly naive.
But wait.
As Smiling Wolf and his family journey south, they are set upon by a band of marauding Crow. Smiling Wolf is struck down and is dragged to safety by the women, Dancing Moon (Dusty  Ironwood McCrea) and Happy Wind (Roberta Deherrera).
Behind them on the mountain, a sudden gust of wind catches the flap of a funeral robe. The Windwalker is not dead. Before he can join his beloved Tashina, there is unfinished business in the world of men. The adventure story is just beginning.
Windwalker is a directly plotted, strongly acted tale of duty and family responsibility. The setting may be the 18th-century West, but  the subject is the human heart.
Windwalker opens its regular run Friday at the Vogue, Fraser and Dolphin Theatres. Tonight, though, the Fraser Theatre is hosting a special benefit performance on behalf of the Union of B.C. Indian Chiefs.
Founded the same year that Arthur Dubs went into the movie business, the UBCIC is a community self-help society that provides social, environmental, political and legal aid to individuals and groups among the province's native peoples. It has taken a leadership role on such issues as aboriginal land claims and constitutional rights.

The above is a restored version of a Province review by Michael Walsh originally published in 1981 For additional information on this archived material, please visit my FAQ.

Afterword: Although I did not mention it in the published review, I did wonder why the Utah-born Kieth Merrill, a director apparently in tune with Native American history and culture, would cast an old son of empire like Trevor Howard in his picture’s title role. Years later, I discovered that the Brit was not his first choice. Indeed, he’d actually hired the Oscar-winning (for 1970’s Little Big Man) Chief Dan George.
During a 20-year career, the Vancouver-born First Nations actor became the most famous indigenous performer in North America, having starred opposite such marquee names as Glenn Ford (Smith!, 1969), Bob Hope (Cancel My Reservation, 1972), Donald Sutherland (Alien Thunder, 1974), and Clint Eastwood (The Outlaw Josey Wales, 1976). He fell ill in 1980, and was not available for the Windwalker shoot. Dan George died in September, 1981.