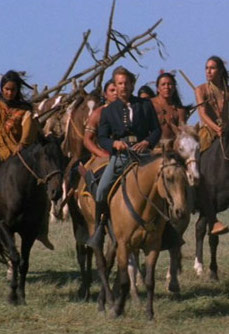 
Reclaiming life among the Lakota


First marked 23 years ago today (on June 21, 1996), National Indigenous Peoples Day was created "to recognize and celebrate the unique heritage, diverse cultures and outstanding contributions of First Nations, Inuit and Métis peoples." In the words of the federal department of Indigenous and Northern Affairs website, "the Government of Canada chose June 21, the summer solstice," because "for generations, many indigenous peoples . . . have celebrated their culture and heritage on or near this day due to the significance of the summer solstice as the longest day of the year." Which is a nice way of saying that, despite 400 years of policies designed to marginalize them, our native peoples are not going away. Known as National Aboriginal Day for the first 20 years of its existence, the 2019 celebration is particularly fraught, coming just 18 days after the three-year-long National Inquiry into Missing and Murdered Indigenous Women and Girls (MMIWG) issued its final report, a study that “found that genocide is the root cause” for Indigenous rights violations and abuses. To paraphrase African-American rights advocate Malcolm X, the chickens of colonialism are coming home to roost as we all face up to the racialist roots of our immigrant nation. It’s also a day upon which Reeling Back can recall a few movies that have attempted fair portrayals of indigenous peoples. The four films being added today (with links to each following the Afterword to this posting) include director Kevin Costner’s 1990 Oscar-winning western Dances with Wolves.

DANCES WITH WOLVES. Witten by Michael Blake based on his 1988 novel. Music by John Barry. Co-produced and directed by Kevin Costner. Running time: 178 minutes. Rated Mature with the B.C. Classifier’s warning: some violence, occasional nudity and suggestive scenes.
GENERAL TIDE (DONALD HOTTON) views the action from the crest of a hill overlooking St. David's Field, Tennessee. Below, his Union Army forces are separated from the Confederate troops by an open expanse.
Suddenly, he sees a young officer galloping towards the rebel line.
"What is it, sir?" says a startled member of the general's staff.
"Looks like a suicide."
Dances With Wolves, first-time director Kevin Costner's thoughtful, involving period adventure, opens with a snapshot of the War Between the States. His camera offers us an injured soldier's view of battlefield surgery.
Costner's subjective camera puts the filmgoer on the open-air operating table, where he can overhear a pair of bone-weary medical officers deciding to amputate his foot.
Then the camera shifts position, and we meet Lt. John J. Dunbar (Costner), the man about to be dismembered. Before doing the deed, though, the overworked physicians break for coffee.
Dunbar, in pain and despair, makes his own break. He returns to the line, quietly determined to die whole. Commandeering a horse, he begins his suicidal charge.
Miraculously, he survives as the battle is joined and won. Dunbar's damn-fool heroism wins him proper medical treatment, a medal, and his choice of military assignments.
Perhaps aware that he's living on borrowed time, he opts for a western posting, to see the frontier "before it's gone."
Later, we see Kicking Bird (Graham Greene) viewing the action from the crest of a hill overlooking the Dakota plains. Below, a lone white soldier is involved in a friendly, almost playful encounter with a wolf.
The soldier dismounts and fearlessly chases the wolf away. The wolf, equally fearless, returns with a doglike devotion. From a distance, they appear to be dancing.
Eventually, Lt. Dunbar learns that his Lakota-Sioux "neighbours" have named him "Dances With Wolves." He finds that this pleases him and he confides to his journal that he's really never known who John Dunbar was.
Individual and unexpected, Dances With Wolves is a welcome combination of historic exploration, cultural reconciliation and spiritual journey. With wonderful iconoclasm, Costner has nurtured Michael Blake's 1988 novel into the year's most satisfying directorial debut.
A significant new talent in the Robert (Ordinary People; The Milagro Beanfield War) Redford mould, Costner shows that he is a formidable screen artist. His first feature has intensity, visual sweep, thematic depth and professional polish.
An archetypal American tale, Dances With Wolves is the story of a man whose inner focus shifts from desiring to die whole to needing to live whole.
A self-exile, he's been abandoned by his natural "family" (a white America torn apart by a fratricidal war; a U. S. Army gone mad with bloodlust, and loneliness). Indeed, Dunbar is unaware of his own emptiness until he experiences the richness of life among the Lakota.
Among them, he feels community, finds true love and discovers his own identity.
For older filmgoers, this is familiar, almost traditional territory. A generation ago, similar feelings were expressed in such features as A Man Called Horse and Soldier Blue (both 1970).
In the former, Richard Harris played an English lord captured by Indians. A harrowing, violent drama, director Elliot Silverstein's feature took an anthropological interest in tribal ritual, presenting audiences with a film in which 80 per cent of the dialogue was spoken in the Sioux language
In the latter, historic parallels were drawn with Vietnam war atrocities. Violent and politically committed, director Ralph Nelson's movie depicted the Cheyenne as victims of a savage American racism.
Costner, with no obvious axes to grind, cultivates similar ground to better effect. His film offers the anthropology and the spoken Sioux (with English subtitles). It also contains the least-flattering portrait of the U. S. cavalry since  Soldier Blue.
To his credit, though, these elements are contained in a humane, beautifully conceived and realized film. A vision more unifying than divisive, Costner's picture presents a calm consideration of truth as the only basis for either personal or social growth.
A low-key epic, his film is just two minutes short of three hours. One practical test of its dramatic power is the fact that this stunning achievement of personal filmmaking feels neither long nor drawn out.