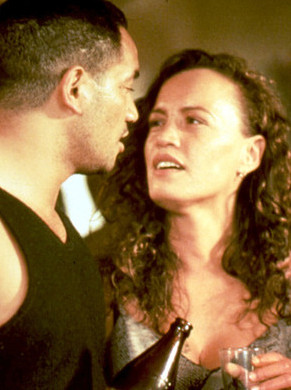 
First marked 23 years ago today (on June 21, 1996), National Indigenous Peoples Day was created "to recognize and celebrate the unique heritage, diverse cultures and outstanding contributions of First Nations, Inuit and Métis peoples." In the words of the federal department of Indigenous and Northern Affairs website, "the Government of Canada chose June 21, the summer solstice," because "for generations, many indigenous peoples . . . have celebrated their culture and heritage on or near this day due to the significance of the summer solstice as the longest day of the year." Which is a nice way of saying that, despite 400 years of policies designed to marginalize them, our native peoples are not going away. Known as National Aboriginal Day for the first 20 years of its existence, the 2019 celebration is particularly fraught, coming just 18 days after the three-year-long National Inquiry into Missing and Murdered Indigenous Women and Girls (MMIWG) issued its final report, a study that “found that genocide is the root cause” for Indigenous rights violations and abuses. To paraphrase African-American rights advocate Malcolm X, the chickens of colonialism are coming home to roost as we all face up to the racialist roots of our immigrant nation. It’s also a day upon which Reeling Back can recall a few movies that have attempted fair portrayals of indigenous peoples. The four films being added today (with links to each following the Afterword to this posting) include director Lee Tamahori's 1994 modern Maori urban drama Once Were Warriors.

ONCE WERE WARRIORS. Written by Riwia Brown. Based on the 1990 novel Once Were Warriors by Alan Duff. Music by Murray Grindlay and Murray McNabb. Directed by Lee Tamahori. Running time: 102 minutes. Rated Restricted with the B.C. Classifier’s warning: some violence, very coarse language and occasional suggestive scenes. ONCE WERE LOVERS.
Beneath a tree beside a lake, far from the urban squalor, Beth Heke (Rena Owen) tells her children of a young woman who fell in love. Sadly, her family did not share her joy, and so the headstrong beauty ran off to the city with her lusty, utterly delicious Jake (Temuera Morrison).
Eighteen years and five kids later, Beth's face bears the marks of happily never after. Once Were Warriors, New Zealand television director Lee Tamahori's street-level tale of family violence in modern Auckland, tells an old story with new energy, outrage and anger.
Tamahori's achievement — his feature is New Zealand's most successful domestic production ever — is the creation of a local drama with universal resonance. Complex and intensely human, the Hekes are people trapped in a cycle of poverty and dependence whose racial and cultural roots place a premium on strength, pride and self-sufficiency.
Similar stories are told of Sicilian immigrants in turn-of-the- century New York tenements, and of native Americans on reservations in 1970s South Dakota. Alan Duff, a novelist of mixed Maori-European heritage, happened to tell of the Hekes, native New Zealanders adrift in the shallows of modern metropolitan consumerism.
It is in the particulars that Tamahori brings his story alive. A day labourer, Jake divides his time between home and the Royal Tavern.
The Royal is what Texans might call a honky-tonk, and an old Ontarian would recognize as a beer parlour. A grim human parking garage, it's just a huge open room featuring metal-topped stand-up stations for binge drinking.
Home, a cramped rental house, is an instant slum furnished in early thrift shop. Amenities include a dirt yard adjacent to a motorway flyover.
For Beth, the good times are all gone. A hero in a vicious bar fight, Jake is considerably less attractive when he bounces Beth off the wall during a late-night house party.
Her pain is compounded by Jake's indifference to their children, who have come to hate him. Nig (Julian Arahanga), their eldest son, leaves home to join the Toa Aaoteakoa, the scariest teen gang this side of the Apocalypse.
Social welfare workers place Mark (Taungaroa Emile), their second son, in a juvenile home. Grace (Mamaengaroa Kerr-Bell), their imaginative 13-year-old, attracts the unwholesome attention of one of Jake's drinking buddies.
Tamahori, who in interviews expresses his admiration for British social realist Ken Loach, admits to having "softened" the novel's brutal pessimism. As a dramatist, he exercises his right to impose a level of order, pacing and individual style on the narrative.
His picture is cut from the same cloth as such American screen classics as 1951’s A Streetcar Named Desire and Who's Afraid of Virginia Woolf? (1966). Cinematically, it recalls the edgy, angry, code-breaking features of the 1960s.
Its keen sense of reality is enhanced by principal performers who seem less like actors than passionate individuals living out their lives in the camera's presence. In today's world of high-gloss entertainment, examples of truth and dramatic transcendence come most often from the margins.
Once Were Warriors, from tiny New Zealand, is one such film.

Afterword: For nearly a decade, Vancouverites have acknowledged that we live, work and play “on the unceded Coast Salish Territories; the traditional and ancestral territories of the Musqueam, Squamish and Tsleil-Waututh Nations.” I’ve heard the words spoken by community leaders before theatrical performances, academic conferences, various public gatherings, and political rallies. In June 2013, Vancouver’s City Council proclaimed “the Year of Reconciliation” and the acknowledgement gained semi-official status. While listening to the words, I’ve often been struck by the fact that the people hearing them are, as group. considerably better off than descendants of the First Nations whose territories were “never ceded through treaty, war or surrender,” many of whom live, work and play in the Downtown Eastside, often referred to as “the poorest postal code in Canada.”
It’s a truism that the first step to solving a problem is acknowledging that it exists. And we do seem to have become more understanding of the problems indigenous peoples face in an urban world built by European settlers. Movies such as Once Were Warriors make it clear that such problems are not confined to Canada or the U.S. The son of a Maori father and British mother, director Lee Tamahori showed a particular sensitivity to the social frictions existing in the Downtown Eastsides of his native New Zealand. That resemblance might even have crossed his mind during his 2000 working visit to Vancouver for the filming of Along Came a Spider, a Hollywood action-thriller that starred Morgan Freeman.