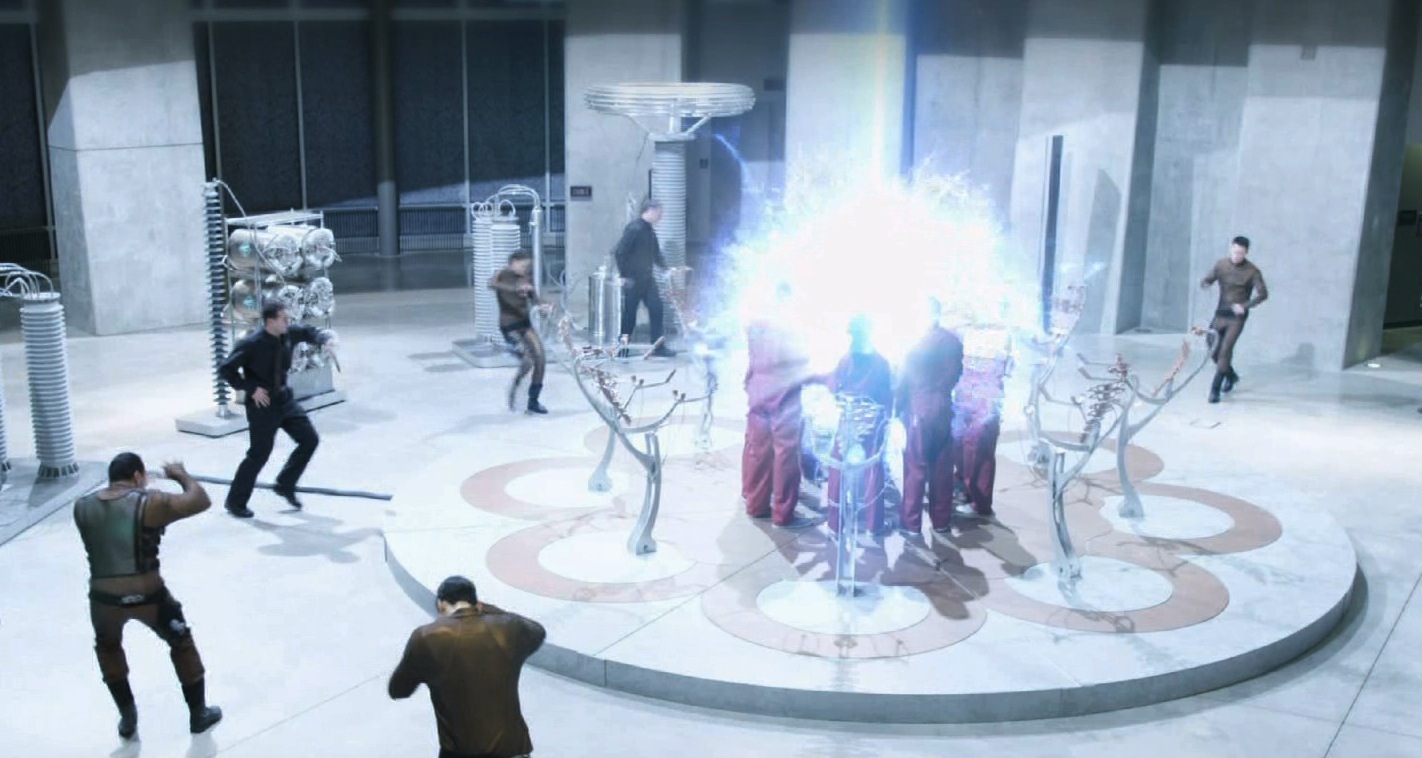 A botched execution in 2077 has dire consequences for Vancouver in the year 2012 in the shot-in-B.C. time-travel TV series Continuum.


Reeling Back visitors are invited on a movie date, one in which the destination is a date. Test your knowledge of the screen's innovative attempts to journey through the fourth dimension with this original VCON 40 Time Travel quiz.

DURING THE FIVE SEASONS of television's Quantum Leap, the rule was that time-travelling Dr. Sam Beckett could only "leap" within his own lifetime. The rule for today's special VCON time-travel movie quiz is much the same. Only feature films made within the life of Vancouver's science-fiction and fantasy convention (1971 to 2015) are included. With that in mind, name the movie in which the time traveller's journey sets down on:

ANSWERS (note that every film title links to a restored review in the Reeling Back archive):

1.    Time Bandits (1981); the Titanic is one of many stops made by director Terry Gilliam's seven renegade employees of the Supreme Being as they explore the flaws in His creation.

3.    Groundhog Day (1993); the title of director Harold Ramis's feature, in which  TV weatherman Phil Connors (Bill Murray) is forced to relive one day until he gets it right, has come to be the very definition of one sub-genre of time-travel story.

4.    Star Trek IV: The Voyage Home (1986); under Leonard Nimoy's direction, the bridge crew of the USS Enterprise returns to a more primitive Earth to save the whales, a necessary step to saving the planet.

5.    The Final Countdown (1980); director Don Taylor had the use of "the world's largest nuclear-powered aircraft carrier" to make this "what if . . . " drama set the day before Japan's attack on Pearl Harbor.

6.    The Terminator (1984); Arnold Schwarzenegger has the title role, a killer robot sent from the future, in writer-director James Cameron's breakout hit. He returned to play a robot bodyguard in the film's 1991 sequel, Terminator 2: Judgment Day.

7.    Twilight Zone: The Movie (1983); in this anthology film's first segment, directed by John Landis, Vic Morrow plays a bigot who steps through a time warp to become a victim of his own prejudice.

The above is an original Reeling Back Quiz by Michael Walsh, first published Friday, October 2, 2015.