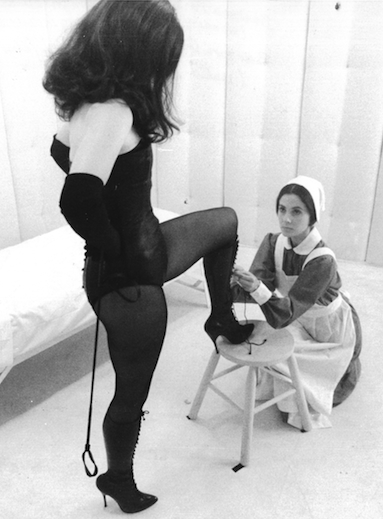 A challenge and a prize


OK, today (July 1) is Canada Day. In 1974, when the national holiday was still known as Dominion Day, the celebrations were held during the last week of a federal election. On July 8, Pierre Trudeau’s governing Liberal party went from a minority to a majority in Canada’s House of Commons. To the best on my recollection, film policy was not an issue in the campaign. Support for the struggling domestic industry was neither mentioned in finance minister John Turner’s pre-election budget speech on May 7, nor his post-election speech on November 18. On that day, though, the government increased its Capital Cost Allowance for films from 60 to 100 per cent. Under the new rules investors could deduct from their taxable income 100 per cent of the dollars they put into domestic productions. A Canadian Audio-Visual Certification Office (CAVCO) was created to administer the CCA, and the result was the “tax shelter era” of Canadian filmmaking. Eight years of excitement, controversy and disappointment followed. In the positive spirit of the day, though, we’ll stay with 1974, and recall four of the Canadian features that opened in Vancouver during a year in which the most popular baby names in the U.S. were Michael and Jennifer. Today’s additions to the Reeling Back archive (with links to each following the Afterword to this posting) include director Paul Krasny’s old-school whodunit, Christina.

CHRISTINA. Written and produced by Trevor Wallace. Music by Cyril Ornadel. Directed by Paul Krasny. Running time: 98 minutes. Mature entertainment. FROM THE MOMENT HE first conceived the idea, writer-producer Trevor Wallace wanted an air of mystery around Christina. He wanted people to think: Who is she? What is she? What is the key to her story?
There’s no such mystery around Wallace. Still a member of the U.S. Academy of Motion Picture Arts and Sciences despite his current Canadian home base,  he reveals everything about himself and, incidentally, his new movie with his [1973] Oscars vote.
Of the five films in the race for best picture, he voted for The Sting, a film that deliberately recalls the techniques and style of Hollywood’s halcyon years. In his own film Wallace demonstrates that while those years may be bygone, their entertainment standards remain.
Christina is a mystery, a straightforward whodunit, the like of which hasn't been seriously attempted in years. In a cinema marketplace glutted with anti-heroes, quirky cops, super crooks and unhinged private eyes, his film stands out for its deliberate lack of bizarre gimmicks.
Shot here [in Vancouver] last summer,  Christina is set in a 1970s version of Big Town, the mythical, middle American city once located on the back lot of every big studio. It’s the place where anything can happen, and usually does, the minute the cameras roll.
It’s here that an unemployed aeronautical engineer named Simon Brice (Peter Haskell) is approached by a lightly-accented, stylishly attired lady calling herself Christina (Barbara Parkins). She has an intriguing proposition for the down-and-out Brice.
Marry her and collect an instant $25,000.
She needs an American husband, she explains, because of difficulties with her alien visitor's visa. She wants an American passport. Their arrangement will be strictly business.
Reduced to desperation and charmed by this cool, distant woman, he accepts. It is then that the Boy Scout in him emerges. In the best heroic tradition, he decides to make their marriage of convenience work.
Christina obviously has her own scheme going, and it doesn't include Brice. She will have none of it. The plot, as they used to say, thickens.
As it does, some of the hometown audience is going to get lost. Its not that the story is all that difficult to follow. Wallace's workmanlike script moves along in a fine logical progression, recorded with almost clinical detachment by director Paul Krasny.
What may distract Vancouverites is the sight of their own city, seen so seldom on the big theatre screen. Although his work is most effective in a series of spooky mansion and drug dream sequences, cinematographer Richard Glouner will probably be remembered locally for the glossy, glamourous look of his exterior cityscapes.
Hometown audiences need to resist the danger of letting the story get lost in the scenery, and the internal logic of Christina’s plot get lost in scene shifts that we know are impossible in Vancouver (but quite normal in Big Town, U.S.A.).
The play is the thing. To flesh out his story, Wallace hired three American television actors and local expatriate Parkins. The plot involves the smitten Brice's attempt to unravel the mystery of his business-like wife.
As such, the main weight of the movie falls on Haskell, who bears up well, suggesting in his performance a sense of bemusement combined with a determination to get to the bottom of the outlandish, later dangerous, situation in which he is involved.
Along the way, he acquires a taunting ally in black police detective Donovan (James McEachin), and a girlfriend named Greta (Marlyn Mason), equally bemused, but willing to go along with Brice for the excitement.
Backing them up in their search is a cast of local performers who provide some of the best and worst moments in the film. Really hard to take is Wally McSween as a booze-swilling Irish private eye named Timothy Murphy, a characterization that comes complete with a derby and an outsized brogue.
Laying it on almost as thickly is Mary Monks, cast as Miss Cooper, a superannuated coquette and Brice’s understanding landlady. Broadly written, the parts are overplayed by stage actors projecting too hard, a fault that should have been spotted by  director Krasny.
At the other end of the scale, Susan Wright is completely believable in her brief appearance as a massage-parlour girl, as is Frank Adamson, who plays a hardcore bartender in a softcore bistro.
Managing to effectively confuse the identity issue is Barbara Gordon, a deliberate Barbara Parkins look-alike, who is at first identified as Christina’s drug-addicted half sister. Frighteningly authentic are a trio of local transvestites, identified in the credits only as "The Fabulous Freaks".
Brice of course, is a romantic fool for falling in love with Christina, but he certainly has plenty of reason to be infatuated. Parkins manages to give her character both innocence and vulnerability along with a fascinating wantonness.
She plays Christina as a woman with the strength to be a challenge and the beauty to be a prize. Despite décolletage trimmed to the waist and an amoral self-assurance, Christina is really an old-fashioned girl. She's a mystery who serves her audience well.
*    *    *
ARMOURED OPENING: Christina producer Trevor Wallace is determined to make a gala occasion out of his film's charity benefit despite the condition of Granville Street in front of the Capitol Theatre.
At the moment he is negotiating with the Canadian Armed Forces for the use of several APCs — armoured personnel carriers — virtually the only vehicles capable of transporting the movie's stars comfortably across the mud of the mall construction.
The performance, sponsored by the Arts Club in aid of the various children's charities supported by Tent 47 of the Variety Club, was originally scheduled for Wednesday. It was rescheduled to Sunday when a labour dispute in Britain prevented the film's star Barbara Parkins from attending. Tickets for the benefit, which includes a 6:30 p.m. performance of the film and a champagne reception afterwards at the Bayshore Inn, are on sale for $12.50.

Afterword: Officially, B.C. had been written off by the federal film bureaucracy.  "Vancouver is never going to be the Hollywood of Canada,” the CFDC’s British-born executive director Michael Spencer declared in 1973. "Although there will likely be films made here, hopes are dim that B.C. will ever have what can be called a feature film industry,"  Spencer added. Trevor Wallace begged to differ.
Also British-born, the television producer had seen the future, and it was on Canada’s West Coast. In 1971, Wallace arrived in Vancouver to produce a theatrical feature for Universal Pictures, The Groundstar Conspiracy.