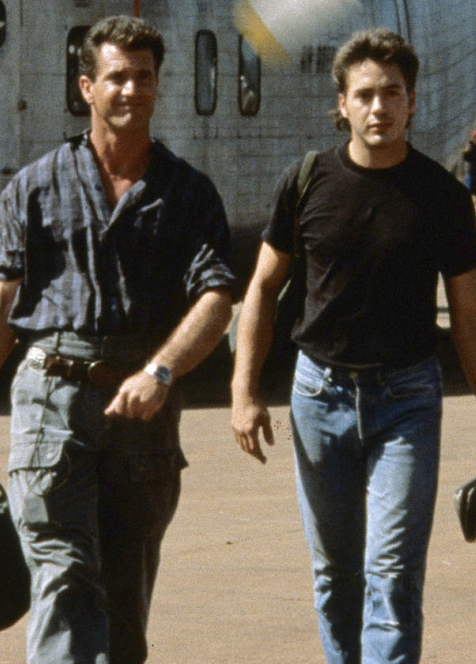 
Making war for fun and profit


It can be argued that moviemaking was in his blood. Roger Spottiswoode, born in Ottawa on this day (January 5) in 1945, is the son of cinema theorist Raymond Spottiswoode. Dad was one of the founding fathers of the National Film Board of Canada, and author of the pioneering 1935 book A Grammar of the Film: An Analysis of Film Technique. Raised in the U.K., Roger learned his craft in television, working as a documentary editor. In 1971, he was part of the team that cut Sam Peckinpah’s British-made feature Straw Dogs, and he relocated to Hollywood to work on the director’s Pat Garrett and Billy the Kid (1973). He returned to Canada during its era of tax-shelter pictures to make his own directorial debut with the 1980 slasher flick Terror Train. (And he keeps coming back, with six of his 19 theatrical features to date shot here.) He was soon recognized as a craftsman with a knack for choosing challenging projects and, in 1997, he was put in charge of Tomorrow Never Dies, the 18th “official” James Bond adventure. Roger Spottiswoode’s diverse interests show through in the four films being added to the Reeling Back archive today (with links to each following the Afterword to this posting). His talent for turning overt morality plays into rousing entertainment is on display in his pairing of Mel Gibson and Robert Downey Jr. in a M*A*S*H-like look at the CIA’s Vietnam War-era asset, Air America (1990).

AIR AMERICA. Written by John Eskow and Richard Rush, Based on the 1978 book by Christopher Robbins. Music by Charles Gross. Directed by Roger Spottiswoode. Running time: 111 minutes. Mature entertainment with the B.C. Classifier’s warning: some very coarse language and swearing, occasional suggestive scenes. NO, NO, NO, NO! Air America is not supposed to be fun!
Founded by fanatics and acquired by the CIA, the Southeast Asian airline was owned and operated by U.S. intelligence for more than 25 years. Its very existence made a mockery of everything that American liberal democracy claims to stand for.
It may be that we're talking about guilty pleasures.
A dirty business, Air America was used by the spooks for their covert operations, in the prosecution of secret wars and to carry the dope shipments of dedicated, anti-Communist traffickers. What's worse, it was non-union.
I cannot tell a lie, dear reader. Air America the movie (made under the jurisdiction of the AFL-CIO affiliated union IATSE) really is lots of fun.
In a summer overstocked with lifeless, ultra-violent bombs, director Roger (Shoot to Kill) Spottiswoode delivers on the promise of action, suspense and even comedy.
Though mindful of the history involved, his picture puts a M*A*S*H-like spin on its tale of aviators indulging their passion for flight in a social and political twilight zone.
Indeed, it's the aircraft that immediately establish a mood of high adventure. There's something thrilling about the sight of a Dakota, its distinctive profile reassuring and heroic, the Clark Gable of airplanes.
Nor can I help feeling some national pride about the irresistibly goofy-looking, Canadian-built Caribou, the William Shatner of any performing airfleet.
At the controls are not a bunch of jet-jockey top guns, but real adventurers. Beginning to think of retirement is Gene Ryack (Mel Gibson), a self-confessed "trouble junkie" who's been "mainlining danger" for too many years.
The time is 1969. The place is Long Teing, "the second biggest city in Laos, built from scratch by the U. S. government."
From here the CIA, in co-operation with drug-dealing Laotian General Lu Soong (Burt Kwouk), is running a "secret war" against the Vietnamese Communists. Long Teing was built to house its Air America facility.
New to this "strictly civilian" company is Billy Covington (Robert Downey Jr.). Coming directly from a job piloting a Los Angeles radio station's traffic helicopter, he's taken aback by the Animal House after-hours atmosphere.
"I'm used to being the weirdest guy in the room," he says to Ryack. "Here I'm not even in the running."
Though the behaviour of his colleagues surprises Billy, it is the behaviour of his bosses that offends his deepest ethical beliefs. Governments dealing dope, he insists, is "like dropping rattlesnakes in a schoolyard."
Spottiswoode, whose 1983 film Under Fire featured eloquent political commentary in a palatable action-romance format, is not about to ignore the important issues. His great talent, though, is turning overt morality plays into rousing entertainment.
Working from a sharp screenplay by Jack Eskow and aviation buff Richard (The Stunt Man) Rush, he manages to evoke the spirits of Kipling and Milton (Steve Canyon) Caniff. The package contains just enough deliberate satire to make a point without indulging in polemic.
Gibson, adding a touch of world-weariness to his patented madman routine, earns his star billing. He gets solid support from Downey, who brings considerable energy to the Jiminy Cricket role.

Afterword: One of master satirist Tom Lehrer’s memorable insights was that, given television’s incredible power to educate, "aren’t we glad that it doesn’t?" It’s taken some time for the wisdom of that remark to sink in. Back when I was a brash, young (and, to be honest, self-righteous) critic, I believed that movies could make a difference. In 1976 and 1979, I wrote rave reviews of All the President’s Men and Apocalypse Now, pictures that I thought would change the world. In bringing the story of the Watergate journalists to the screen, director Alan J. Pakula had opened the eyes of a nation to the perfidiousness of the domestic political process and a democratic restoration was at hand. By exposing the horrors of the Vietnam War, Francis Ford Coppola had ensured that such feckless foreign ventures could never happen again.
Boy, was I wrong. By 1985, Ronald Reagan was into his second term as America’s Chief Executive, and the best we could hope for was a good laugh. That was provided by director Nicholas Meyer, whose feature comedy Volunteers heckled the Boom generation’s self-indulgent idealism. Deliciously subversive, it also made the the point that U.S. geopolitical meddling had its dark side, and that everybody had an agenda. Politically sophisticated filmgoers understood the movie's game the moment they saw the Air America markings on the helicopter that transports the U.S. “agricultural advisor" in Thailand, circa 1962.
Reagan’s vice-president George H.W. Bush was in the the White House the year that Air America was released. The day that the above review was published, the “coalition of the willing” assembled by the U.S. were 10 days into the first Gulf War, a six-month campaign to “liberate” Kuwait from Iraqi despot Saddam Hussein and bring about the restoration of its monarchy. Despite its experience with the real-life Air America (which went out of business in 1976), Washington’s enthusiasm for private military contractors (aka mercenaries) has only increased. According to a 2008 study, private contractors made up 29 percent of the U.S. Intelligence Community workforce and cost the equivalent of 49 percent of their personnel budgets. Currently, the Oval Office is occupied by a president who really, really likes the idea of privatizing as much of the government as possible.
I compared director Roger Spottiswoode’s 1990 feature to M*A*S*H. Like M*A*S*H, it inspired a television series, a show that relocated the action from Laos to Latin America. Unlike M*A*S*H, Air America was cancelled after a single season (1998-1999).