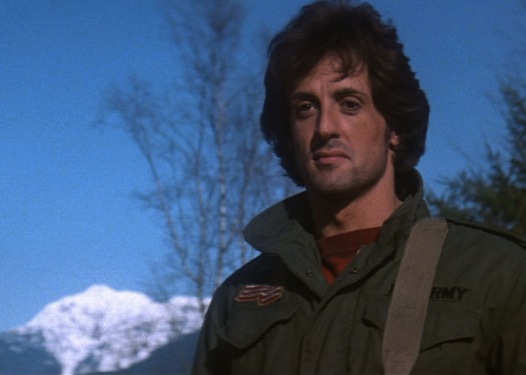 FEATURE FILMS MADE IN VANCOUVER
Prepared for Chuck Davis and The Greater Vancouver Book — June, 1995
[Published in 1997 by The Linkman Press]

WE'RE NUMBER TWO!
According to Hollywood's Universal Pictures, "Vancouver has become the second largest motion picture production centre in North America, after Los Angeles." This remarkable news item is contained in the press packages promoting its 1994 feature Timecop, a Jean-Claude Van Damme feature that was filmed here.
Alas, like so much of the news out of Hollywood, it's not quite true. In Toronto, direct spending on film and video projects amounted to $501 million in 1994, while Vancouver-based production accounted for only $402 million.
Even so, the Universal publicist's hyperbole was a welcome tribute to the generations of creative professionals who have worked to make Vancouver a major movie-making metropolis.
Congratulations are in order.
Twenty-one years ago [1976], our original Vancouver Book look at feature film-making was a story of huge hopes and largely unfulfilled dreams. Today [1997], the movie business (which includes television production) is British Columbia's fourth-largest industry, employing more than 8,500 people.
An expanding universe of artists, administrators, deal-makers and craftspeople, it is supported by a sophisticated infrastructure of talent agencies (44 at last count), studios (offering a total of 15 sound stages), mobile services and post-production facilities that compete with the best by being the best.
Numbers? We know that [by 1995] more than 200 theatrical features (and another 80 made-for-TV movies) have been shot in whole or in part in the Greater Vancouver area. Not to mention at least 36 television pilots and the episodes for more than 60 small-screen series, which is another story.
In celebration of these achievements, then, we welcome you to . . .

THIS IS YOUR PROGRAM guide to a series of 20 movie retrospectives. Together, they include all of the theatrical feature films made in Vancouver and in release as of June, 1995. (Our current program does not include the made-for-TV pictures.) Though we've tried to be as complete as possible, we've almost certainly missed a few. If you know of any, please let us know. [Readers of this website who wish to get in touch with additions or corrections can reach me by using the Reeling Back Contact Me button.]
Our notes on each picture include its title (and any alternate titles), its year of release, the director, leading players and a brief description.
Our show begins with . . .

CANADA'S FIRST PERMANENT movie house, John Schuberg's Edison Electric, had a Gastown address. It opened on Cordova Street in 1902, and offered the latest in novelty entertainment — short, silent films that moved and occasionally told stories. Soon, movies would grow to feature length, spinning yarns that took more than an hour to view. Eventually, feature films were made in Vancouver. We number among our local production landmarks such achievements as:

First Dramatic Feature in Vancouver — WINDS OF CHANGE (1925; d. Frank Lloyd; with Ben Lyon, Anna Q. Nilsson, Viola Dana). The tradition of Hollywood producers filming on location in Vancouver begins with this gold rush melodrama in which Capilano Canyon stands in for the Klondike.

First Canadian-made Feature in Vancouver — POLICING THE PLAINS (1927; d. A.D. "Cowboy" Kean; with Dorothy Fowler, Jack Boyd, Miss Lougheed). A frontier romance made to honour the men and traditions of the Royal Canadian Mounted Police, newsreel director Kean's feature was based on author R.G. MacBeth's anecdotal history, Policing the Plains (1921). A passionate attempt to found a domestic film industry, it was filmed over five years in Alberta and B.C.

First Major Box Office Hit Filmed Vancouver — FIRST BLOOD (1982; d. Ted Kotcheff; with Sylvester Stallone, Brian Dennehy, Richard Crenna). Based on a character created by Canadian novelist David Morrell; American pop-culture icon John Rambo got his start with a rampage shot on location in Hope, B.C., and on the sound stages of Burnaby's Bridge Studios, all under the direction of Canadian Ted Kotcheff.

The above is Part 1 of a 20-part restoration of a Greater Vancouver Book article by Michael Walsh originally published in 1997. For additional information on this archived material, please visit my FAQ.

Afterword: When the late Chuck Davis asked me to update my article on feature film-making for the second (1997) edition of his indispensable urban encyclopedia, The Greater Vancouver Book, our city had become a major film production centre. With a significantly larger number of pictures to deal with, I decided to organize the material as if I were programming a series of film festival packages, each keyed to a different kind of movie. The result was an article that included some 212 titles organized into 20 lists. As in his previous book, Davis's focus was specifically on Vancouver, so the finished piece excluded those B.C. features not filmed in whole or in part in the Lower Mainland (now known as Metro Vancouver). It took up eight pages of the 882-page book (versus four pages in his earlier, 498-page volume). This Reeling Back restoration has been edited to include additional information that I've learned since the original publication. Postings in this Feature Film Festival series include: