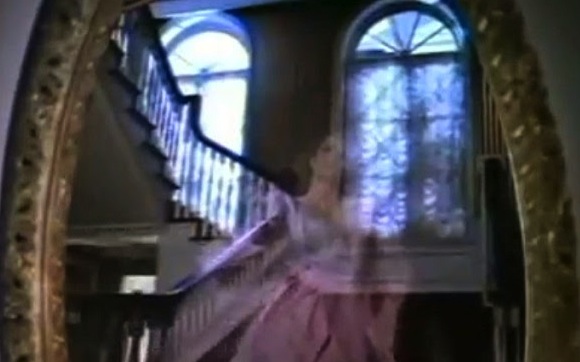 
In Part 12 of a 20-part series, Reeling Back continues The Greater Vancouver Book's Feature Film Festival, with restored notes on the 14 bread and butter features on the The B-List.


FEATURE FILMS MADE IN VANCOUVER
Prepared for Chuck Davis and The Greater Vancouver Book — June, 1995
[Published in 1997 by The Linkman Press]

IN THE DAYS OF THE double feature, B pictures were the ones that played the bottom of the bill. The film industry's bread-and-butter work, they often were action melodramas made on tight budgets by craftsmen for whom movies were a business. In Vancouver, where establishing the basis for an industry was always the long-term goal, B productions were a way to break in and, perhaps, break through to commercial success. Hopes as well as dollars were invested in such features as:

ONE MINUTE BEFORE DEATH (1973; d. Rogelio Gonzales) with Wanda Hendrix, Giselle McKenzie, Barry Coe, Mayray Ayers, Pia Shandel. Producing entertainment with an American look for the Mexican market, director Gonzales used an elegant old Shaughnessy mansion to shoot an occult murder mystery about a grieving mother (McKenzie) and her son (Coe), driven mad by the death of his wife. The cast and locations were seen again in Gonzales's second Vancouver feature . . .

THE OVAL PORTRAIT (1973; d. Rogelio Gonzales) with Wanda Hendrix, Giselle McKenzie, Barry Coe, Mayray Ayers, Pia Shandel. A haunted-house thriller based on Edgar Allan Poe's 1842 short story. The film is set after the U.S. Civil War and involves a woman (Hendrix) who visits an old house haunted by its previous occupant (Ayres). The tragic story is told to her by the housekeeper (McKenzie). Director Gonzales and his producer Enrique Torres were attempting to forge links between the domestic film industries of Canada and Mexico, an effort that foundered in the absence of any enthusiasm from Canadian investors.

CHRISTINA (1974; d. Paul Krasny) with Barbara Parkins, Peter Haskell, James McEachin. Planning to make his home here, Biritish-born producer Trevor (The Groundstar Conspiracy) Wallace found B.C. backers for this $1.25-million mystery-romance in which Vancouver-born Parkins plays a mysterious beauty who offers an unemployed engineer (Haskell) $25,000 to marry her. Her disappearance immediately afterwards sets off a search for the truth. A principal location for the shoot was the distinctive Tudor Revival-style Aberthau House in West Point Grey. Wallace's local investors were sufficiently impressed to finance his next feature . . .

JOURNEY INTO FEAR (1975; d. Daniel Mann; based on the 1940 novel by Eric Ambler) with Sam Waterston, Yvette Mimieux, Vincent Price, Shelley Winters, Donald Pleasence, Zero Mostel, Stanley Holloway, Joseph Wiseman, Scott Marlow, Ian McShane. This all-star remake of the 1942 Orson Welles suspense thriller tells the story of an American oil engineer (Waterston) who is put under the protection of the Turkish police after an attempt on his life. He boards a freighter bound for Italy by way of Greece, unaware that his Intended assassin is on board. Although Vancouver convincingly played all of the ship's Mediterranean ports of call, the $2-million picture's journey into distribution was a difficult one. Its failure at the boxoffice effectively ended Wallace's involvement with B.C. film production.

DEAD WRONG (1983; d. Len Kowalewich) with Winston Rekert, Britt Ekland, Jackson Davies. A debt-ridden commercial fisherman (Rekert) gets involved with drug runners and an attractive undercover RCMP officer (Ekland) in an action feature developed by a BCTV team. Produced and directed by Vancouver's Len Kowalewich, this $750,000 feature showcased the talents of the city's broadcast-trained crews. Filmed as THE COLOMBIAN CONNECTION, it is also known as ENTRAPMENT.

MALONE (1987; d. Harley Cokliss; based on the 1981 novel Shotgun by William Wingate) with Burt Reynolds, Cliff Robertson, Cynthia Gibb. Hedley, Princeton and suburban Vancouver play rural Oregon in this action-thriller about a vacationing former CIA agent (Reynolds) who happens upon a white-supremacist conspiracy to overthrow the U.S. government. The British-based Cokliss directed on behalf of Hollywood's Orion Pictures.

EXQUISITE TENDERNESS (1994; d. Carl Schenkel) with Isabel Glasser, James Remar, Peter Boyle, Malcolm McDowell, Sean Haberle. Blamed for the death of a patient by her former lover (Haberle), a dedicated surgeon (Glasser) experiences self-doubts in this psychological thriller filmed in Riverview Hospital. Having shot his 1992 thriller Knight Moves in Vancouver, German director Carl Schenkel returned with an international cast to make this U.S./U.K co-production. It is also known as THE SURGEON.

HARD EVIDENCE (1994; d. Michael Kennedy) with Gregory Harrison, Cali Timmins, Joan Severance. Framed for the murder of his mistress (Timmins), a philandering real-estate developer (Harrison) finds an unexpected ally in his wife (Severance). The first feature from the Vancouver-based James Shavick Film Company, it was actually the prolific B-moviemaker's seventh producer credit. Another of his companies, Shavick Entertainment (founded in 1993), continued making features, made-for-TV movies and TV series episodes in Vancouver for the next 20 years.

CRASH (1995; d. Charles Wilkinson) with Michael Biehn, Leilani Sarelle, Matt Craven. Computer discs unlock the secrets of a criminal empire for an undercover agent (Sarelle) and her partner (Biehn), a freelance adventurer. The imaginative writer-director of such independent films as 1989's Quarantine, Wilkinson used bucolic Steveston and the iconic Hotel Vancouver as locations for this tech-based thriller. Also known as DIRTY MONEY and BREACH OF TRUST.

POWER OF ATTORNEY (1995; d. Howard Himelstein) with Danny Aiello, Elias Koteas, Rae Dawn Chong. Shot on such locations as Vancouver's Orpheum Theatre, Coquitlam's Riverview Hospital and New Westminster's Law Courts, this suspense drama is the story of a former prosecutor (Koteas) with his own reasons for defending a notorious New York mobster (Aiello). An American production intended for theatres, it ended up as a direct-to-video release.

The above is Part 12 of a 20-part restoration of a Greater Vancouver Book article by Michael Walsh originally published in 1997. For additional information on this archived material, please visit my FAQ.