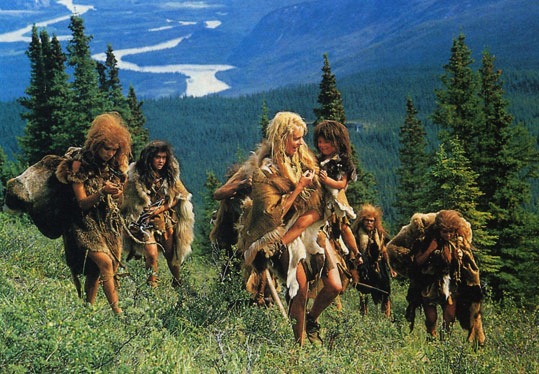 
In Part 2 of a 20-part series, Reeling Back continues with The Greater Vancouver Book's Feature Film Festival. Here are our notes on the 12 features in the program called God's Country.

Prepared for Chuck Davis and The Greater Vancouver Book — June, 1995
[Published in 1997 by The Linkman Press]
By MICHAEL WALSH
[PART 2: God's Country]

THIS IS YOUR PROGRAM guide to a series of 20 movie retrospectives. Together, they include all of the theatrical feature films made in Vancouver and in release as of June, 1995. (Our current program does not include the made-for-TV pictures.) Though we've tried to be as complete as possible, we've almost certainly missed a few. If you know of any, please let us know. [Readers of this website who wish to get in touch with additions or corrections can reach me by using the Reeling Back Contact Me button.]
Our notes on each picture include its title (and any alternate titles), its year of release, the director, source information, leading players and a brief description.
The show continues with . . .

THE SCENERY TAKES YOUR breath away. Popularized as "God's Country" by American adventure novelist James Oliver Curwood (1878-1927), B.C.'s spectacular wilderness vistas blinded early generations of Hollywood film-makers to Vancouver's own natural charms. In general, Vancouver Island or the Interior mountains were preferred as shooting locations. Even so, a few outdoors films have used the Lower Mainland's ability to simulate rugged landscapes. Twelve titles that we remember:

ETERNAL STRUGGLE (1923; d. Reginald Barker; based on the 1901 novel The Law-Bringers by G.B. Lancaster) with Renee Adoree, Earl Williams, Barbara La Marr, Pat O'Malley, Wallace Beery. Thinking herself responsible for the death of her would-be seducer (Beery), a cafe owner's daughter (Adoree) flees north, pursued by a pair of amorous Mounted Policemen (Williams, O'Malley) dedicated to getting their woman. Exteriors included the banks of the Capilano and Seymour Creeks in North Vancouver, where stunts were performed by Vancouver Amateur Swimming Club member Calmer Ross.

WINDS OF CHANCE (1925; d. Frank Lloyd; based on Rex Beach's 1918 novel The Trail of '98) with Ben Lyon, Anna Q. Nilsson, Viola Dana, Victor McLaglen. A gold rush tale in which the hero (Lyon) loses all in a shell game and becomes involved with a married woman (Nilsson). Leaving Alaska for Dawson City, he is framed for robbery by her husband and later implicated in the husband's murder. Retracing the location work done a year earlier for The Alaskan, a U.S. film crew shot this outdoors picture in Banff, Alberta, and Lytton, B.C., with some location work in North Vancouver's Capilano Canyon.

THE WILDERNESS PATROL (1928; d. J.P. McGowan; based on the novel by Harold Blindloss) with Bill Cody, Shannon Day, J.P. McGowan, Lotus Thompson. Little more than the title is known about this western about a Mounted Policeman. It starred the Winnipeg-born Cody, a screen cowboy who became a Hollywood B-movie hero in the 1930s. Produced in North Vancouver by British Canadian Pictures Ltd. (a subsidiary of Hollywood's Paramount Pictures established to make "quota quickies" for the British market), the film was optimistically heralded as the beginning of a local film boom. Also known as THE WILDERNESS.

MOTHER LODE (1982; d. Charlton Heston) with Charlton Heston, Nick Mancuso, Kim Basinger. A family production, this wilderness adventure was written and produced by Fraser Heston, the son of its director and star. The woods above North Vancouver's Cleveland Dam stand in for the Cassiar forest, where a young couple (Mancuso, Basinger) crash land, only to be menaced by reclusive, gold-obsessed twins (Heston in a dual role).

CLAN OF THE CAVE BEAR (1986; d. Michael Chapman; based on the 1980 novel by Jean M. Auel) with Daryl Hannah, Pamela Reed, James Remar. Separated from her family by an earthquake, a young Cro-Magnon girl is taken in by a Neanderthal "clan." After filming in Cathedral Park and the Nahanni Valley, cavewoman Hannah completed work on this Paleolithic drama on Bridge Studio sets.

THE FIRST SEASON (1988; d. Ralph L. Thomas) with Kate Trotter, Christianne Hirt, R.H. Thomson. A widow (Hirt) and her daughter (Trotter) hire a Vietnam vet (Thompson) in an effort to save the family fishing business. A hull-shattering storm simulated at Vancouver's Ocean Engineering Centre was the action highlight in this Canadian feature focused on generational reconciliation and North Coast commercial fishing.

THE RUSSIA HOUSE (1990; d. Fred Schepisi; based on the 1989 novel by John le Carre) with Sean Connery, Michelle Pfeiffer, Roy Scheider. When a British agent (Connery) falls in love with a Russian (Pfeiffer), complications ensue for the American (Scheider) monitoring his mission. Though most of this espionage thriller was filmed on actual Russian locations, the key meeting between U.S and U.K. spymasters takes place at a safe house on Bowen Island.

K2 (1991; d. Franc Roddam; based on the play by Patrick Meyers) with Michael Biehn, Matt Craven, Raymond J. Barry. Vancouver plays Seattle, and Blackcomb stands in for the "Savage Mountain" of the Himalayas that challenges the endurance of rival climbers (Biehn, Craven). Also known as K2 - JOURNEY TO THE TOP OF THE WORLD.

ALIVE (1993; d. Frank Marshall; based on the 1974 book by Piers Paul Read) with Ethan Hawke, Vincent Spano, Josh Hamilton. Following a plane crash in the mountains, the captain of a Uruguayan rugby team (Spano) and a medical student (Hamilton) take charge of their own survival after rescue efforts are suspended. Though exteriors were filmed on B.C.'s Delphine glacier and in the Bugaboo Mountains, this recreation of the 1972 tale of cannibalism in the Andes included air flight and crash footage shot at The Bridge. Also known as ALIVE: THE MIRACLE OF THE ANDES.

ARCTIC BLUE (1995; d. Peter Masterson) with Rutger Hauer, Dylan Walsh, Rya Kihlstedt. An ecologist (Walsh) working for an oil company comes into conflict with a traditional frontiersman (Hauer), driven to violence by the changing times. They must overcome their differences to survive after a plane crash in the Alaskan wilderness.  Montreal-born cinematographer Thomas Burstyn filmed their adventure on North Vancouver locations that included Britannia Beach.

The above is Part 2 of a 20-part restoration of a Greater Vancouver Book article by Michael Walsh originally published in 1997. For additional information on this archived material, please visit my FAQ.